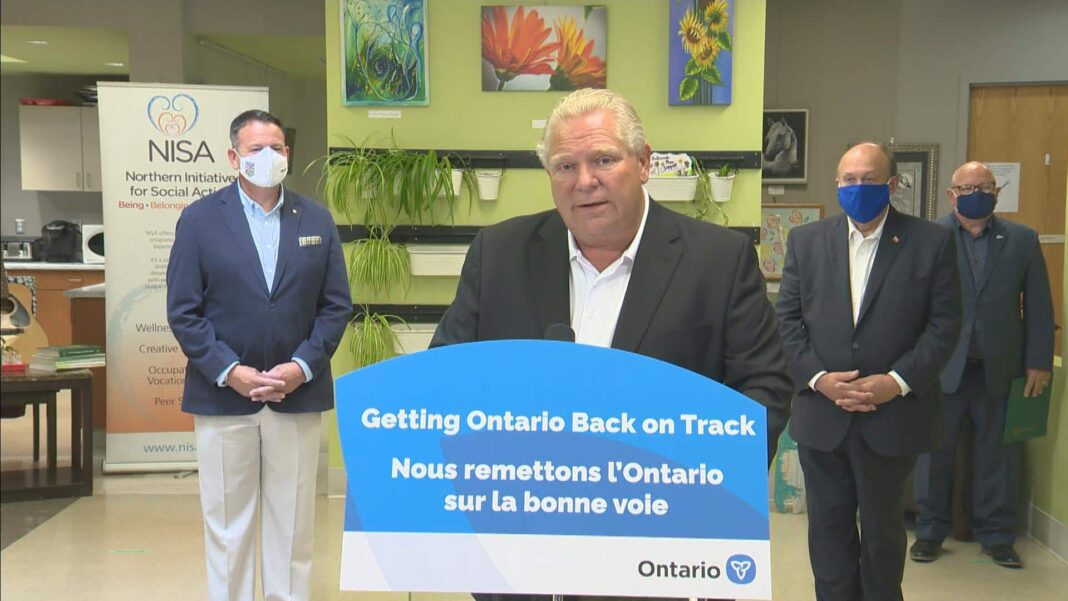 Over the past seven months, police have issued 77 fines and charged seven people for violating Canada’s Quarantine Act, according to the Public Health Agency of Canada.

PHAC said that since the act took effect in late March, more than one million people who entered Canada were required to quarantine for 14 days. The agency said it had flagged more than 247,000 of those travellers to police as potential quarantine violators.

RCMP officers issued the majority of the fines, which ranged from $275 to $1,275. Individuals can either pay their fine or contest it in court. Anyone charged — typically for a more serious offence — must appear in court.

Under the Quarantine Act, both Canadians and foreigners entering Canada must quarantine for 14 days, unless they get a special exemption.

Last month, Ontario Premier Doug Ford complained publicly that not enough people were being punished for breaching the act.

“The system’s broken,” he said. “We can’t have our police running around and seeing people breaking quarantine and nothing happens to them.… It turns into being a joke.”

Ford said that he planned to work with the federal government to fix the problem. 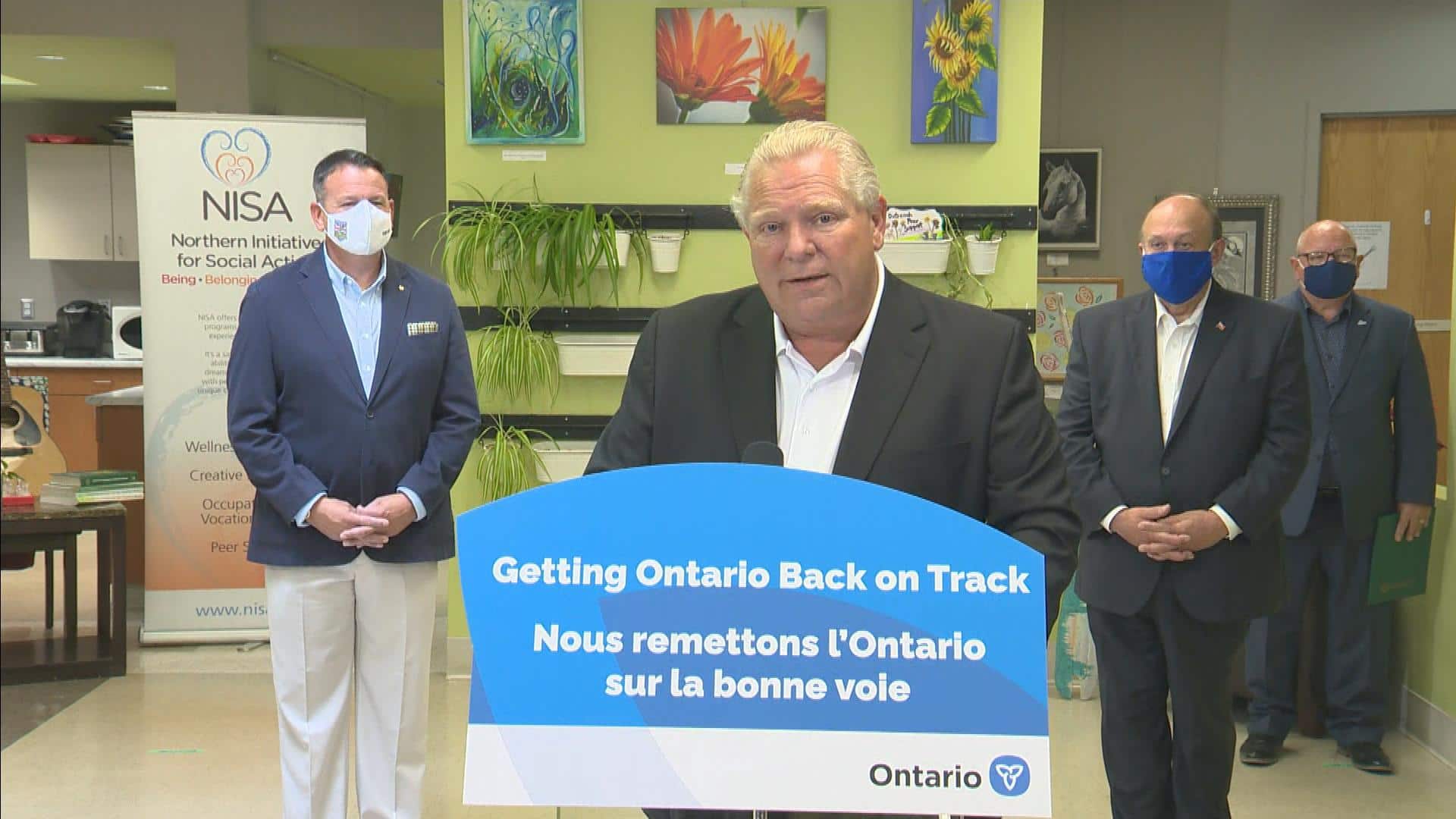 Calling penalties a ‘slap on the wrist,’ Ontario Premier Doug Ford said the current Quarantine Act for people arriving in Canada during the pandemic is broken and needs to change. 2:14

In response to Ford’s criticism, PHAC said police are responsible for enforcing the Quarantine Act, and that enforcement actions can include a written or verbal warning.

The RCMP declined to respond directly to Ford’s comments but told CBC News that officers aren’t eager to dole out fines to everyone violating COVID-19-related regulations.

“The RCMP’s focus remains on educating and encouraging members of the public who may not be following the measures set out by public health authorities,” said spokesperson Robin Percival in an email.

“Enforcement is a last resort, but one that can be used if the circumstances warrant.”

CBC News was able to obtain information from police on five individuals who were charged under the Quarantine Act. Most face penalties of up to six months in jail and/or fines of up to $750,000. Each person is set to appear in court at the end of this month or next month.

One of the most recent cases involves a 53-year-old woman from Ottawa who works in a long-term care home. Police said she went back to work just four days after returning to Canada on Sept. 26 from a trip abroad.

“When management was apprised of the situation, she was immediately sent home,” said Ottawa police in a statement.

Police didn’t provide the woman’s name or the name of her workplace.

The woman was charged on Oct. 2 for allegedly failing to comply with the 14-day quarantine requirement and for causing risk of imminent death or serious bodily harm.

Outspoken anti-masker Chris Saccoccia, 37, of King City, Ont., and his wife, Jennifer, 34, were charged on Oct. 5 for allegedly defying the quarantine rules.

According to Toronto police, the couple had returned to Canada from abroad on Sept. 20. Just six days later, police fined Saccoccia $1,000 after he attended an anti-mask/anti-lockdown rally in downtown Toronto.

Police said Saccoccia and his wife were then charged after they attended another Toronto rally 13 days after their return to Canada. This rally was “attended by 500 non-mask wearing participants,” police said in a statement.

Saccoccia told CBC News in a written message that he’s looking forward to filing a challenge against the quarantine rules, which he claims violate Canada’s Charter of Rights and Freedoms.

“Even under extreme, emergency situations, justification to violate our rights must be presented,” said Saccoccia.

A fourth case involves a man from Kentucky who was driving through Canada from Alaska.

Although the Canada-U.S border is closed to non-essential traffic, Canada allows Americans to drive through the country to or from Alaska. But they can’t make unnecessary stops along the way.

Alberta RCMP said John Pennington, 40, was initially given a $1,200 ticket on June 25 for stopping in Banff National Park on his way to the continental U.S.

Police say Pennington had not left town the following day, as ordered, so he was charged for allegedly breaching the Quarantine Act.

CBC News asked Pennington for an interview, but he didn’t respond. In June, he posted a video on Facebook, detailing his Banff experience but recently removed it.

In the fifth case, Yukon RCMP said a man was charged on July 6 in Beaver Creek, Yukon, for allegedly returning to Canada from abroad and not quarantining for 14 days. RCMP said officers were alerted to the case after the man was sighted at the local post office.

Police have also issued numerous COVID-19-related fines under provincial legislation for violations such as not physical distancing or failing to keep a contact list of guests attending a party.

According to Statistics Canada, RCMP responded to more than 9,500 incidents between March and June where people violated provincial or territorial COVID-19-related regulations.