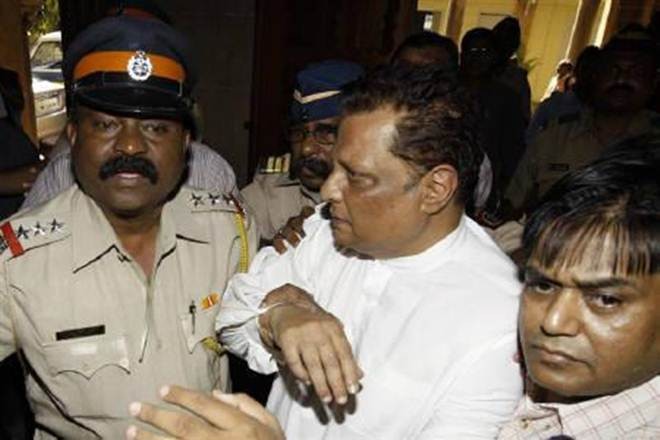 The Enforcement Directorate (ED) on Thursday conducted searches in at least four locations in Mumbai, including some premises of hawala traders allegedly connected to Pune businessman Hasan Ali Khan, who has been charged under the Prevention of Money Laundering Act or PMLA. In July, the Central Bureau of Investigation (CBI) had issued a notice to Khan directing him to appear before the agency on July 4 and July 5 for interrogation in a fresh case filed by it against him for alleged criminal conspiracy and corruption. The case is based on a complaint filed by the ED. According to sources, Khan had requested for an extension from the CBI for appearing before the agency citing poor health.

The CBI’s fresh FIR has charged Khan for “cognisable offence(s)” under Sections 120 B and 420 of the IPC, Sections 13 (2), 13(1) (d) of Prevention of Corruption Act 1988 and Section 41(1) (b) of the CrPC. According to ED sources, while the first complaint did not name any government official or politician associated with Khan (62), the ED’s probe has now thrown some light on the contacts. The role of certain income tax department officials who probed the case is also under the scanner of the agency, said sources.

Khan’s lawyer in Pune, Prashant Patil told The Indian Express: “There is no such official confirmation to my client about any such raids being conducted. However, it is the irony of the present case that, in the last 10 years, the Income Tax Department and ED miserably failed to provide any prima facie evidence against my client. He lost his health and liberty to these presumptive allegations by the ED that till date has no prima facie basis. If there are allegations of money laundering, where is the money? The agencies have no answer to it. We are not aware of any allegation regarding criminal conspiracy with I-T official or any other government servant. The FIR has been registered by the CBI at the instance of the ED only to cover up the fact that till date, there is no prima facie evidence against Mr Khan. There is no point even talking about any alleged notarised document as the ED, since the past so many years, has not been able to provide any bank details or the account details of Mr Khan that come under the allegation of money laundering.”

He added: “The allegations are from the year 2006-07 and he was arrested in 2011 and kept in jail for no reason for four-and-a-half years. In this time period, they have miserably failed to to prove any of the allegations. It is easy to make allegations. Where is the proof of any such offence under the Prevention of Corruption Act? Khan’s health is deteriorating everyday because of such ruthless harassment,” Prashant said.

Patil said: “We filed an application, along with documentary evidences, to the ED in May 2016 to reflect that UBS has communicated to the Union Of India that these allegations are not true. Why does that communication of UBS, Switzerland, not relied upon if it is the official communication of the bank? The Special PMLA Court in 2011 had issued a Letter Regotary to the court concerned at Luxembourg to find out bank details of Mr Khan at the Royal Bank Of Luxembourg. The reply sent by that court was intentionally suppressed. The reply categorically says that there is no Royal Bank of Luxembourg. The entire set of allegations are just fake and untrue even to the knowledge of the ED. If there is any truth to the allegations why no trial has even commenced till date?”

In August last year, a three-member panel comprising top officials of the Research and Analysis Wing (RAW), the CBI and the ED had questioned Khan on certain cross border transactions and entities set up in tax havens after the ED found fresh evidence of money laundering against Khan. The ED has been probing Khan for alleged laundering of $ 93 million acquired by him in 1997 and $700,000 acquired in 2006 under the PMLA. It is also investigating a June 2003 notarised statement of Khan confirming that he had opened an account in UBS, Singapore, in 1982 with a deposit of $1.5 million. The account was allegedly opened on the recommendation of deceased arms dealer Adnan Khashoggi who was also involved in the Bofors case. The investigation against Khan is also being monitored by SIT on black money.

In February last year, the ED had raided at least nine premises of Khan, his brother-in-law and some associates in Gurgaon, Mumbai, Pune, Kolkata and Hyderabad. Later, the ED provisionally attached the Pune residence of Khan under the PMLA.

Apart from this, the ED has forwarded a case of tax evasion by two companies— Payson Company Ltd and Autumn Holdings Ltd — set up by Khan and his associate, Kashinath Tapuriah, in the British Virgin Islands. The case pertains to undisclosed money earned by Khan in the form of commission and consulting fee through the two companies between January 1985 and December 1989.