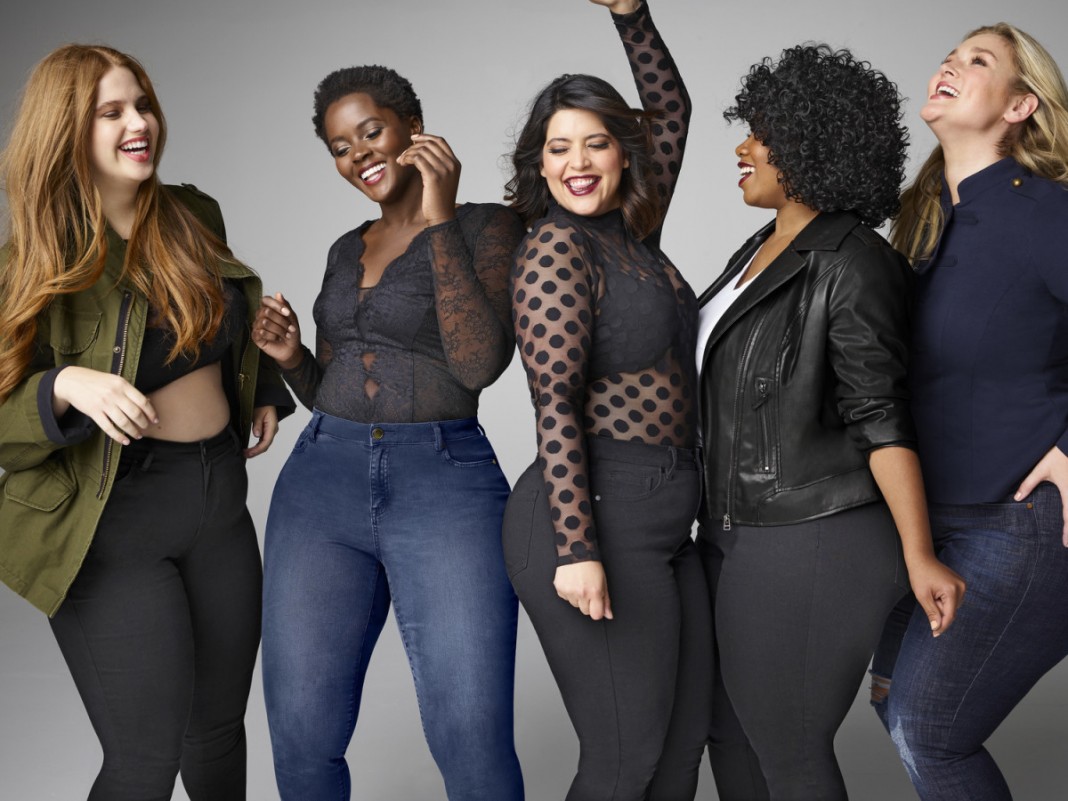 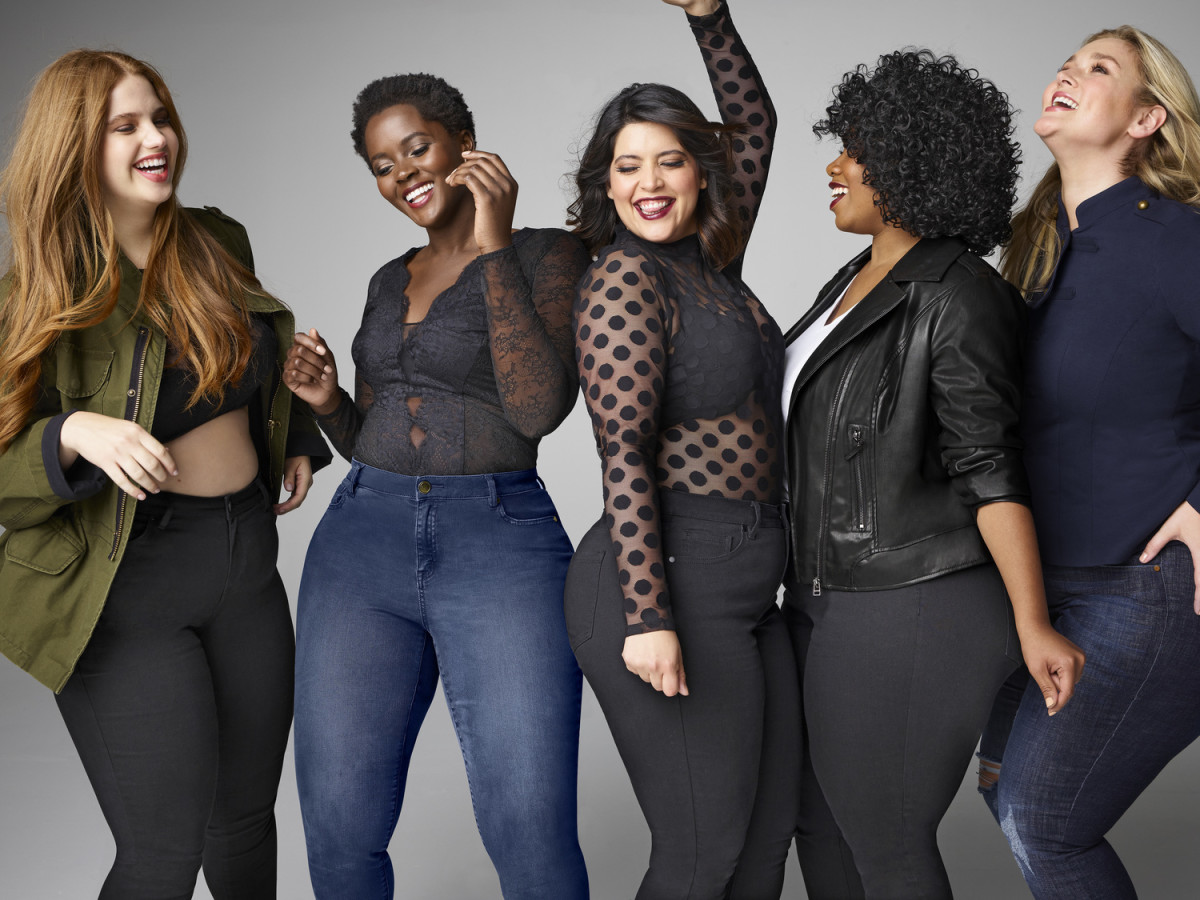 On Monday, top women’s plus-size retailer Lane Bryant launched its new “Super Stretch Skinny Jean,” along with a size-inclusive campaign aimed at driving home the message that any woman of any size can pull off skinny jeans.

The brand has a history of being a champion for body positivity through its national ad campaigns and designer collaborations. The label partnered with Christian Siriano last spring, with a runway show chock-full of leaders in the body positivity movement, such as Ashley Graham and Candice Huffine, as well as the newly-launched Premme’s Nicolette Mason and Gabi Gregg. For Lane Bryant’s “Super Stretch Skinny” campaign, the brand tapped a diverse group of models, dancers and fashion influencers, including Denise Bidot — a plus-size “It” model who is herself a champion of body positivity (and not to mention, a mother to a nine-year-old girl). Bidot is on a mission to spread the message that our so-called “imperfections” make us unique, as evidenced by her willingness to star in un-retouched campaigns for major brands and through her “No Wrong Way” movement, which encourages everyone to embrace their most authentic selves.

But Bidot never intended to be a model; she did have a fairytale push to be in the spotlight, but her sights were set on other things in the entertainment industry. “I wanted to be an actress,” Bidot tells Fashionista in a phone call. “I never thought I could be a model because I thought I was too short and chubby.” Nonetheless, it was Bidot’s brief stint as a makeup artist that led to her big break as a model. “I was in the right place at the right time and took a chance that has been the greatest experience of my life,” Bidot says. “I got my first passport for a modeling job and have gotten to travel all over the world doing what I love.”

Bidot has since booked both international and domestic modeling gigs for brands like Lilly Pulitzer, Target, Chromat — she opened the show during New York Fashion Week— and of course, Lane Bryant. She has also made waves in the fashion industry for her untouched swimwear campaigns for both Swimsuits For All and Lane Bryant in Sports Illustrated‘s annual Swimsuit Edition, in a sense becoming the poster woman for highlighting real women — stretch marks and all. 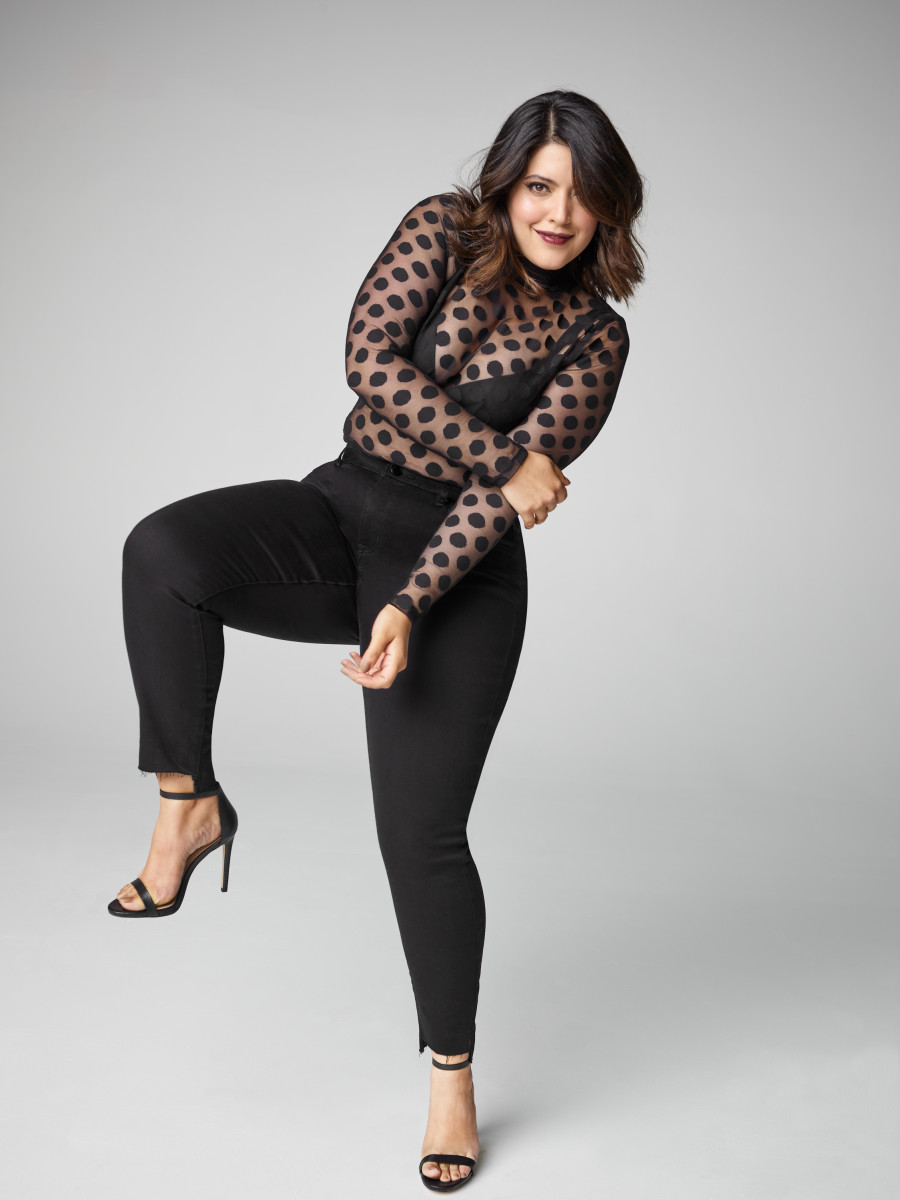 To that effect, Bidot has never identified with the edited, blemish-free version of herself that has been featured across billboards and in magazines. She wants her cellulite, stretch marks and areas of loose skin to indicate a powerful acceptance and love for her perfectly imperfect body. “I began to recognize the power in not covering up what so many women call their ‘problem areas,'” Bidot says. “I saw these beautiful images of myself, and I wanted to show that ‘flaws’ are still beautiful. And that, we need to start encouraging women to love who they are — ‘imperfections’ and all. It is amazing to see how our industry has changed. So many things that used to be not okay are now being embraced and loved equally.”

Although, yes, the fashion industry as a whole has made great strides to become more accepting and inclusive in recent years, Bidot says, there’s still plenty of work that needs to be done. She wants her daughter to grow up in a world where beauty is defined by loving yourself, not by barely attainable, age-old standards. With “No Wrong Way,” which she launched in 2016, she took on the role of activist., and what began as a lifestyle brand selling shirts has flourished into a video series — a Youtube channel called, “No Wrong Way TV” — to show media that “we can be inclusive and at the end of the day, there’s no wrong way to be you,” she says.

The movement — in addition to carving out a digital presence and spreading the message of self-love and acceptance — has also enabled Bidot to show her daughter how to “be the change we want to see in the world.” As a result, Bidot’s nine-year-old only sees her peers in a positive light; she’s not immune to what most people would consider “flaws,” but she perceives them as unique, interesting and beautiful character traits. “We can change their mentality growing up, to let them always know that they’re perfect the way they are,” Bidot says. “She knows she’s beautiful.”