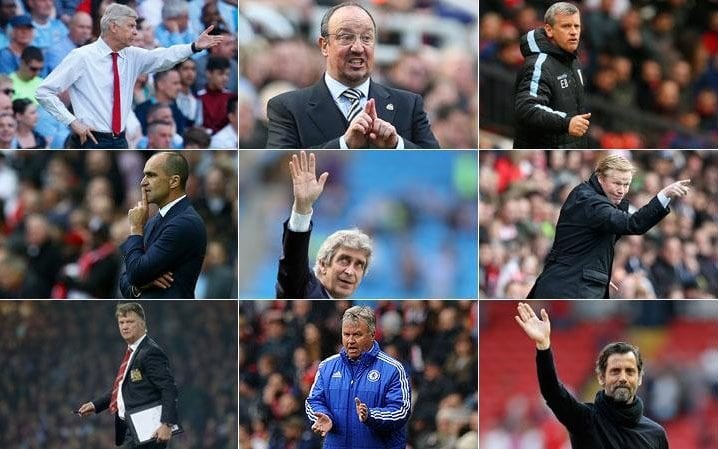 Is Gareth Southgate set to benefit from the Premier League’s super coaches?

After entrusting three consecutive World Cups between 2002 and 2010 to famous coaches from abroad, each of the last three appointments to the top job have all been English. On the face of it, it would seem that the search for answers from abroad has been abandoned.

But while Gareth Southgate follows Sam Allardyce and Roy Hodgson in the role of England manager, the positive influence that the Football Association once hoped Sven-Goran Eriksson and Fabio Capello would bring is being wielded by proxy. It’s the wisdom of foreign coaches at club level that could well drive England forward now.

Whether it’s Tottenham’s Mauricio Pochettino or Chelsea’s Antonio Conte, Pep Guardiola at Manchester City or Jurgen Klopp at Liverpool, the source of innovation in English football comes in the shape of the game’s great foreign coaches. And they are working with England’s top talent on a day-to-day basis in the way that Capello and the rest never could.

In truth, the once formidable but ageing Capello, a man who favoured 4-4-2, was not the man to bring fresh ideas. Eriksson, meanwhile, was that most English of foreign coaches – sticking with Frank Lampard and Steven Gerrard in a flat midfield-four even while Jose Mourinho and Rafael Benitez got the best from them in different systems at club level.

Southgate, it is to be hoped, will be more open-minded to new ideas. His decision to go with a 3-4-3 formation in England’s friendly against Germany in March was certainly a sign that he is willing to embrace a different way. It was a change instigated not on the training ground at St George’s Park but through the work of a host of Premier League managers.

Southgate says he made the call to go with 3-4-3 “around six weeks” prior to the Germany game. In other words, just around the time that Chelsea’s use of it helped them dismantle Arsenal’s previously ubiquitous 4-2-3-1 at Stamford Bridge to go 12 points clear at the top of the table. Southgate even visited Conte that month to observe Chelsea train at Cobham. 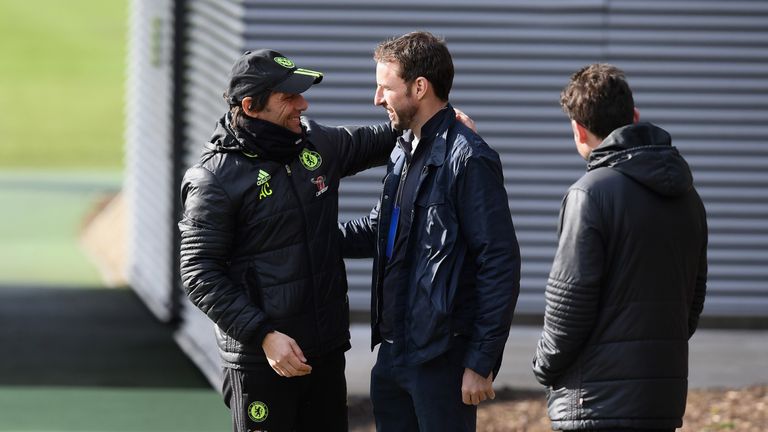 Germany won the subsequent match but England played well. “It was a good way to impose ourselves on them, to have attacking positions which could cause them problems and that’s how it panned out,” said Southgate. “We were a threat on the counter-attack, but we could also pass through them as well.” He now has the players to play the system.

At Chelsea, Gary Cahill was once so wedded to the role of right-sided centre-back in a back-four that he cited it as a key factor in why he was able to dovetail so well alongside John Terry who preferred the left side. Now he has been pushed out of his comfort zone under Conte, flourishing on the left of a back-three in the team’s title-winning campaign.

Over at Manchester City, John Stones is getting the benefit of Guardiola’s tactical experience. The young defender has been utilised in a variety of systems but the potential to play on the right side of a back-three might be especially interesting to Southgate – particularly given the option of using Eric Dier in defence or midfield.

Pochettino played Dier as a holding midfielder for Tottenham last season, but has expanded his education this term – often encouraging the Spurs man to shift between positions within matches as and when the game situation demanded it. Meanwhile, Kyle Walker and Danny Rose have been used at both full-back and wing-back.

In midfield, Jordan Henderson and Adam Lallana continue to impress under Jurgen Klopp with their energetic influence vital for Liverpool. Their former team-mate at Anfield, Raheem Sterling, has continued to develop with the help of Guardiola at City. And then there’s Dele Alli and Harry Kane – the stars of Pochettino’s exciting young side.

It adds up to an England line-up of potency and potential; one capable of operating in a variety of formations, whether it is the 3-4-3 currently in vogue or the erstwhile popular 4-2-3-1 system. Whatever Southgate opts to go with, he will be working with players who can have little excuse for any lack of tactical savvy. 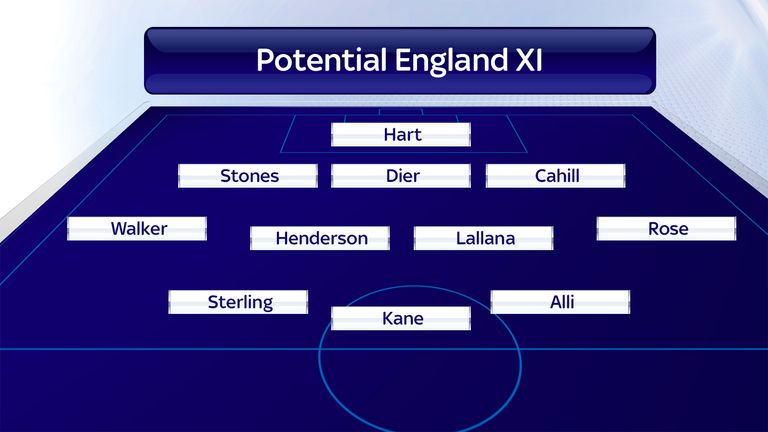 That’s been an issue in the past. When Steve McClaren dabbled unsuccessfully with a back-three, resulting in an away defeat to Croatia during England’s doomed Euro 2008 qualifying campaign, esteemed journalist Henry Winter described the tactic as “an unwanted relic of the past, as welcome as rickets and rationing”.

But the national team had impressed with the system prior to that with Terry Venables utilising it in the semi-final of Euro ’96. Venables, of course, won La Liga with Barcelona and perhaps it’s also significant that every one of England’s midfield trio that day at Wembley had experience of playing in Italy’s Serie A, the pre-eminent league at the time.

For obvious reasons, it’s not an occasion Southgate will recall with much fondness. But with England’s best players now exposed to a wider range of tactical formations and ideas, the time is right to embrace change once more. The FA might have ‘gone English’ in their choice of coach. But the long hoped for benefits of foreign coaches could finally be felt.