Pitbull Thinks Women Are the “Most Powerful Thing on Earth” 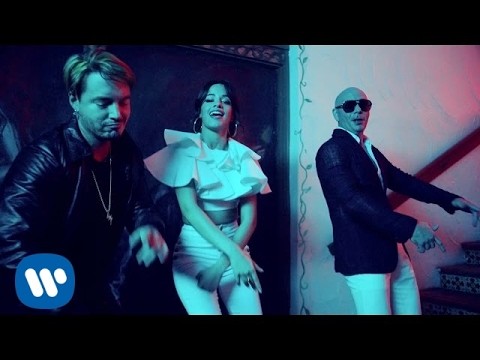 Pitbullis a total ladies man but it’s because of his admiration for women.

We just caught up with the 36-year-old star as he chatted with us about his Las Vegas show, “Time of Our Lives” at the AXIS at Planet Hollywood Resort & Casino.

When we asked him how he’s able always to be surrounded by such beautiful women, Pitbull had a great explaination

“Well, let me tell you, a woman made me a man. I was raised by women. Therefore I understand women, I love to be around women, and I understand the power of women,” he says before continuing. “I think women are the most powerful thing on earth. They know how to deal with things that in no way, shape or form could men deal with. I mean, let’s just start with giving birth, let’s just say.”

And out of all the beautiful and talented ladies that he’s surrounded himself on stage with, Mr. 305 wasn’t shy to talk about one of his favorites.

“Someone that I love to be around, and she’s so fun and funny, great personality, drop-dead gorgeous, and she’s a hard worker, it’s Sofia Vergara. I’m very proud of her.”

How could anyone forget that famous “El Taxi” performance? We never will!

Pitbull has collaborated with a ton of artists, but Jennifer Lopezis someone whom he continues to work with and make music magic. And although it’s been a while since the two took the stage together, Pitbull says their hectic schedules are to blame.

“Not only is Jennifer someone that I admire and look up to, but she’s also helped me tremendously in my career. The reason you guys don’t see us on stage like that is that she’s incredibly busy. Thank God she’s on one side running and gunning, and I’m on the other side, running and gunning. You know all I do is that I watch, I learn, I apply, and I keep it moving. But hopefully soon we’ll be on stage together, and every time we get on stage, some how, some kind of magic happens.”

Yes, you sure do! But wait, has he already met Alex Rodriguez and been around “J-Rod”?

“No, I haven’t had a chance to hang out with A-Rod, but he is a Miami boy and what he’s done as far as what he’s done in baseball was amazing. And I hear in business he’s knocking it out of the park also. So happy birthday to both of them!”

The musician even joked that the two must have turned 21 because neither of them looks like they’re ever going to age.

August 5 is Pitbull’s last show in Las Vegas, but he gave us an inside look as to how he prepares to take the same with so much enthusiasm and energy.

“I’ll tell you what I love in my green room, it’s real simple: Voli 305 (Vodka), water and limes. That’s my smoothie. Because the limes give you vitamin c, the water keeps you hydrated and the vodka just puts you in the, you know the Voli 305 puts you in the right state of mind.”

Pitbull sure knows how to get the party started.