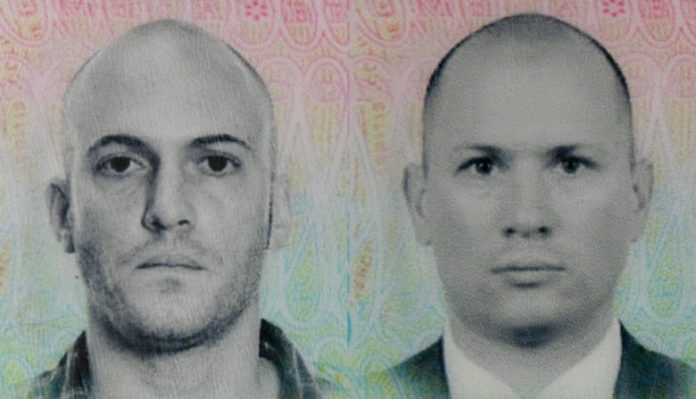 Coquitlam RCMP are still actively searching for Rabih “Robby” Alkhalil, who escaped from the North Fraser Pre-trial Centre on Thursday — but the photos they shared of his alleged accomplices were stock images, they said.

“It is believed that the suspects who helped Alkhalil escape bear a close resemblance to the photos they left behind, but those images are not them,” said Const. Deanna Law with Coquitlam RCMP in a statement Saturday afternoon.

CBC reached out to Coquitlam RCMP Saturday morning after receiving a tip that the photos appeared to be stock images.

Police later released a statement confirming the images are stock and “do not represent the suspects themselves.”

The images were released Friday as police said they had tentatively identified the two suspected accomplices, and asked the public for help in tracking Alkhalil down.

The 35-year-old, who faces murder charges for gang-related killings in B.C. in 2012, escaped the corrections centre about half an hour’s drive east from Vancouver, on Thursday night.

The two unknown suspects in the escape are both described as a bald white men who appear to be in their 30s. One has a narrow face, arched eyebrows and a slightly crooked nose, while the second has an oval face, light eyebrows and close-set eyes.

“As with many complex investigations, the information is rapidly changing as we progress,” said Law in the statement.

“For this case, time is crucial and it’s important to keep the public as informed as possible even though the facts could change as we go.”

On Saturday, police confirmed that they have located the white Econoline van in which Alkhalil left with the two men. The van is being forensically examined, they said.

CBC has reached out to RCMP on the use of the stock images.