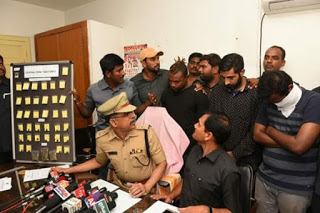 Photos: Nigerian national, two others arrested in a major drug bust in India

In a major drug seizure, the Commissioner’s Task Force (Central Zone) and the Narayanguda police nabbed three persons and seized 75 Lysergic acid diethylamide (LSD) stamps, 30 grams of charas, one gram of heroin, 40 grams of marijuana from them in Hyderabad, India on Tuesday, February 6. 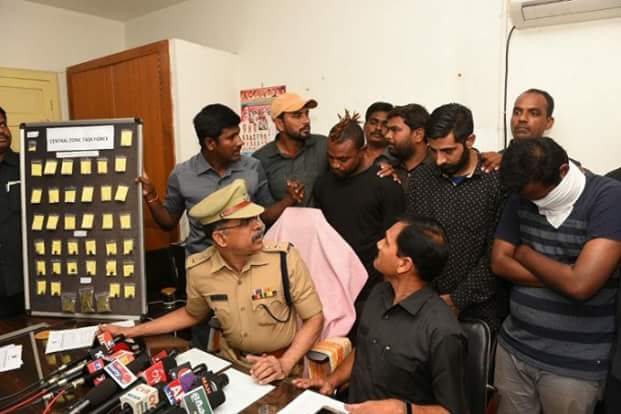 According to the police, Yash, a student of St. Paul’s Degree College, Himayath Nagar, used to visit Goa frequently. One of his friends directed him to Abid, from whom he began procuring LSD and other drugs. He would update his status on a mobile app called Snap Shot, and notify his friends and would be clients that he was visiting Goa and take orders for LSD, charas, heroin and marijuana. 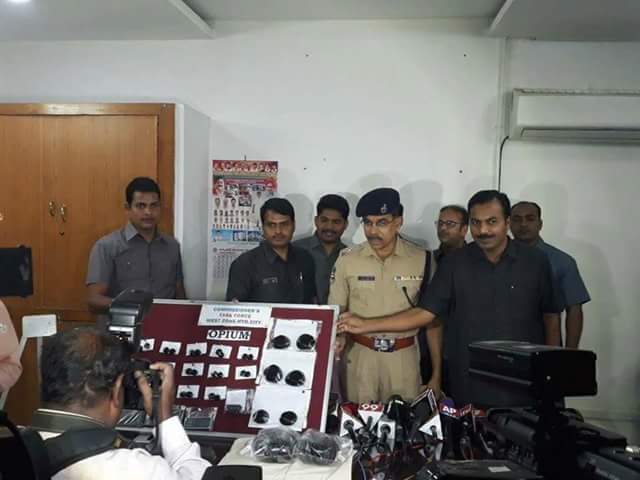 A few days back, Yash asked Abid to bring LSD stamps and charas to Hyderabad, following which Abid and Agala reached here. They were waiting near the Madhushala Bar at Hyderguda and were handing over the drugs to Yash when they were nabbed.

Agala, police said, was in the country on a tourist visa and was illegally staying back after the visa expired in 2013.