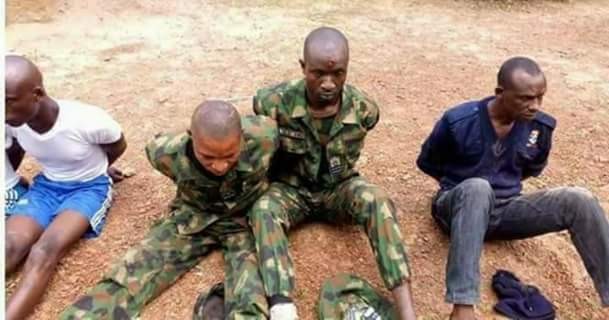 he Nigerian Army on Tuesday September 26, discovered a fake military base operating in Okpokwu, Benue state.

The fake soldiers in the base are believed to have been operating a criminal enterprise where they trained high profile criminals. 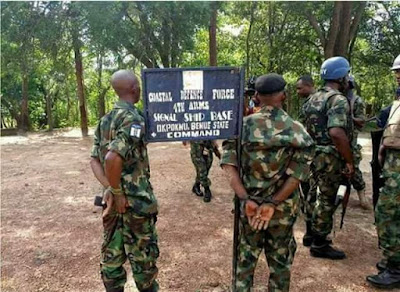 The entrance to the fake base had a signpost with the inscription “Coastal Defence Force 4th Arms. Signal Ship Base. Okpokwu, Benue State Command”

They were caught with full military fatigues and weapons like cutlasses and what appeared to be locally-made riffles. 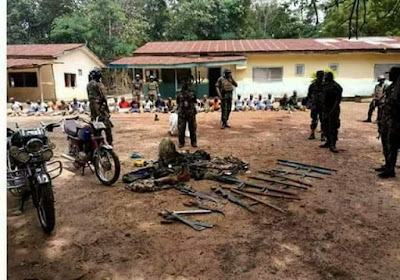 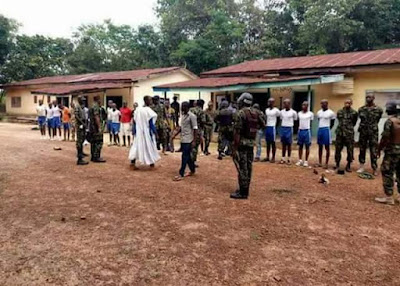