Photo: Man beaten to death while trying to settle a fight between two men in Ogun 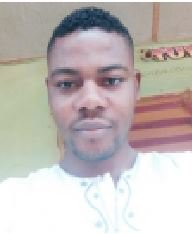 31-year-old man, Yinka Adewoyin pictured above, lost his life while trying to settle a fight between two men in the Agosi area of Ifo, Ogun state last Thursday September 28th.

The Nation reports that Adewoyin was returning from a beer joint with some of his friends when they sighted two men identified as Kazeem aka Down gear and Mopo brutalising an elderly mechanic called Mukaila Lasisi.

Kazeem was said to have reprimanded Lasisi for working on a truck parked along the road. He was said to have ordered the removal of the truck from the road, a request Lasisi turned down on the grounds that he was not the owner of the vehicle. This got Lasisi angry and he started to fight Kazeem.

It was at this junction that Adewoyin, who was passing by intervened and pleaded with Kazeem and his friend, Mopo to leave Lasisi alone. The duo, however, got angry, turned around and started beating him until he fell on the ground and passed out. His assailants allegedly fled the scene of the fight while Adewoyin was taken to a nearby private hospital by bystanders. He however died three days after he was admitted in the hospital.

An eyewitness who recounted the incident said

‘’It was an unfortunate incident. I was the one who reported the incident at the nearest police station. I later led some policemen to Kazeem’s shop in order to arrest him, but he was nowhere to be found. When we called his mobile telephone number, he said he has travelled to Kaduna. When he was asked to report to the station because of the man he beat to death, he cut off the conversation and hung up.”