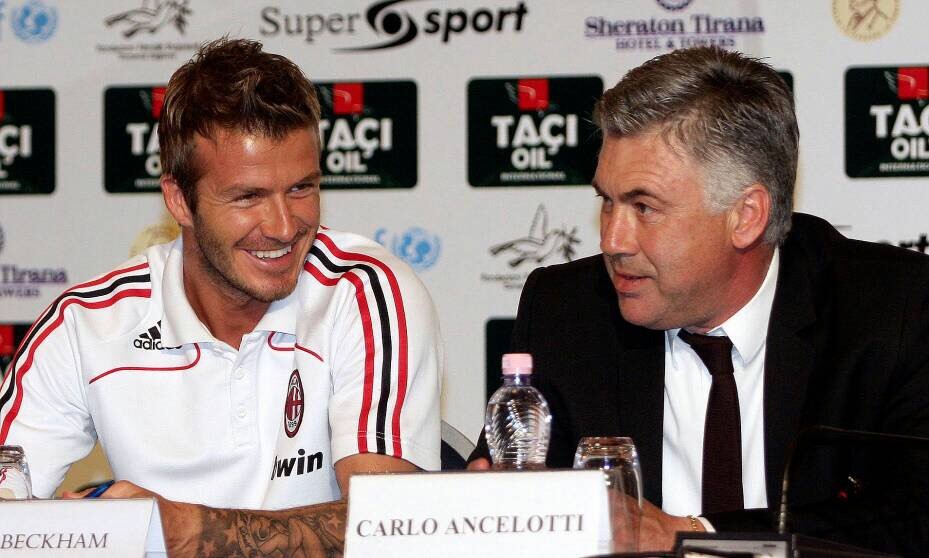 It’s no longer news that one of the world’s best managers, Carlo Ancelotti was sacked on Thursday by German club, Bayern Munich, following the club’s 3-0 loss to PSG in the Champions League midweek.

Ancelotti took to Twitter to thank the club and it’s fans following his sack and according to reports is considering rejoining the English premier league following a successfull time at Chelsea. 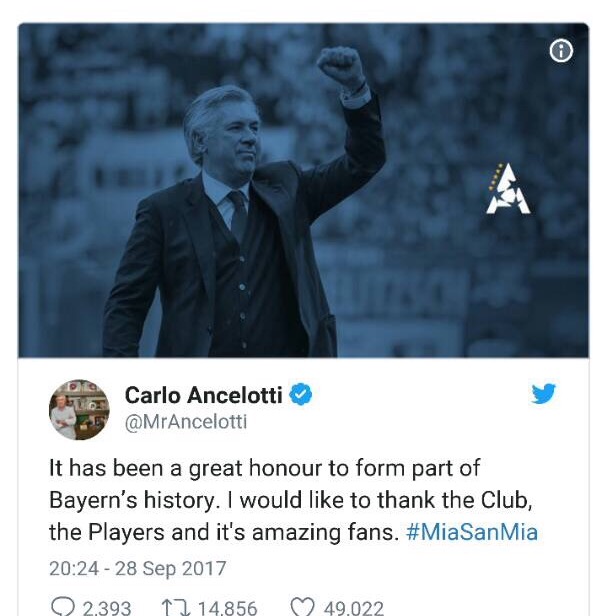 Former Manchester United, PSG and Real Madrid player, David Beckham has reacted to PSG’s sacking of Ancelotti. The former LA Galaxy player had a great time with Ancelotti during his time at PSG and had only kind words for the Italian. 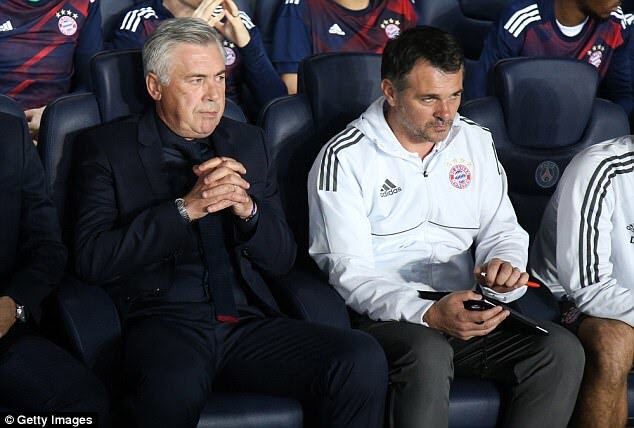 “I love Carlo,”Beckham told AS.

Ancelotti has been one of the most successful managers in Europe in recent years, but endured a difficult start to the 2017-18 campaign at Bayern.

The PSG loss followed poor Bundesliga results against Hoffenheim and Wolfsburg, as well as reports of dressing room unrest and injuries to key players such as Manuel Neuer.

West Ham is reportedly on the verge of hiring Ancelotti.