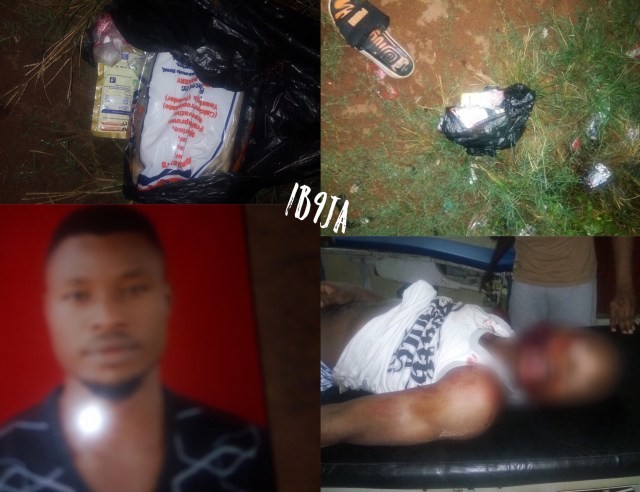 One Samuel Ucheihero Njoku, a. k. a SammyRocco, a fresh graduate of the Federal Polytechnic, Nekede was allegedly shot dead on Sunday, June 11, by one Uche Obiaku, who is suspected to be a cultist.
In retaliation, irate youths of the Umuokoto Nekede, in Owerri West Council Area, Imo State set the family compound of the suspect ablaze. By then the suspect and members of his family had fled the village.
According to Sun News, about 10 persons have been killed in supremacy wars between various rival cult groups in Nekede, which is the host community of the Federal Polytechnic.
The deceased, who the second to the last child of the family and had just graduated from the Federal Polytechnic Nekede, Owerri.
Speaking to The Sun, a family said that on that fateful dau, the victim was washing his clothes when he received a phone call about 9.20 am and he left to see a relation within the neighbourhood.
As he was returning home, the alleged suspect, Uche Obiaku, accosted him. According to the source the deceased knelt down and begged for his life to be spared when his assailant allegedly brought out a pistol threatening to shoot him. Apparently believing that Obiaku had been placated by the plea, the victim stood up to walk away. But, surprisingly the suspect shot him point blank in the back, shattering the spine cord, killing him instantly. Then he fled from the scene.
On what could have led to the alleged murder of Samuel by Obiaku, the source said that the only misunderstanding between the deceased and the suspect was a disagreement the deceased had with the suspect’s friend from Umuerim, a neighbouring village and that since then, the suspect had been targeting the victim and eventually killed him before absconding.
“Before the killing of Samuel, the father of Uche, had always boasted that anybody who insults him in the village would be dealt with by his son.” he said.
“But on that Sunday morning when his son killed Samuel, who was an easy going young man and from a responsible family, the youths of the community were very angry and mobilized to the Obiaku family home, but before they got there the entire family members had fled. The angry youths proceeded to set the entire home ablaze, because their mission was to capture Uche alive because he had become a problem to the entire community with his cult activities with the active support of his father.”
The Police Public Relations Officer of the Imo state Command, Mr. Andrew Enwerem who confirmed the incident said that the command had commenced investigation into the matter.
Share
Facebook
Twitter
WhatsApp
Pinterest
Linkedin
ReddIt
Email
Print
Tumblr
Telegram
Mix
VK
Digg
LINE
Viber
Naver
Previous article“Be humble” – Hushupuppi warns his competitors as he spends over 3.3m on drinks in Lagos
Next articleHow a jealous ’12-year-old’ secondary school boy almost killed a female classmate with acid over good grades