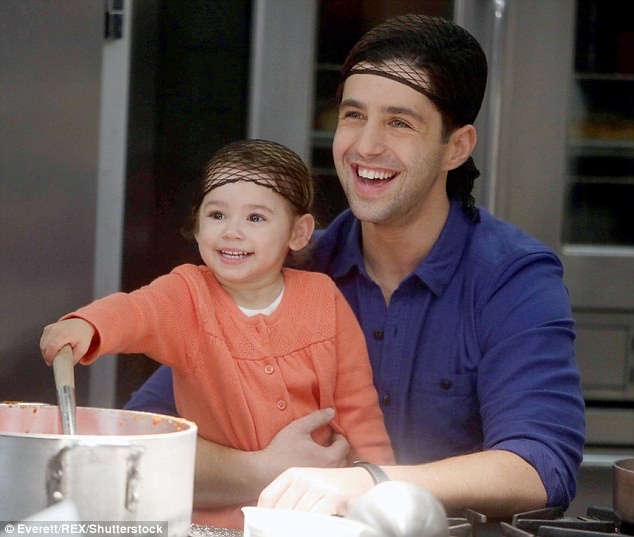 One half of Drake & Josh is a married man!

Josh Peck wed longtime girlfriend Paige O’Brien in Malibu Saturday in front of family and friends. The guest list included the actor’s former Grandfathered co-star John Stamos, who was accompanied by girlfriend Caitlin McHugh, and Nicole Golfieri, mother of 4-year-old twins Layla and Emelia, who played Edie on the sitcom, which ended in 2016.

Drake Bell, who starred with Peck on Drake & Josh during the ’00s series’ four-season run and reunited with him on Grandfathered last year, and other former cast members were not spotted in wedding photos posted on social media.

Bell posted a cryptic message on Twitter Sunday morning, saying, “When you’re not invited to the wedding the message is clear….”

When you’re not invited to the wedding the message is clear….

As seen in a photo Nicole posted on Instagram, the bride wore a cream strapless gown with an empire waist, sweetheart neckline and ivory floral embroidery, while Peck wore a black tux.

“Congrats to two of our favorite people. Josh & Paige, we love you ♥♥ #couplegoals,” she wrote.

O’Brien had announced her and Peck’s engagement almost a year ago on Instagram, via a photo of her engagement ring.

The actor teased his wedding tux in June, writing, “What do you guys think of this look? Getting ready for a big night coming up, plus I’ll be able to wear this when I eventually become a waiter.”