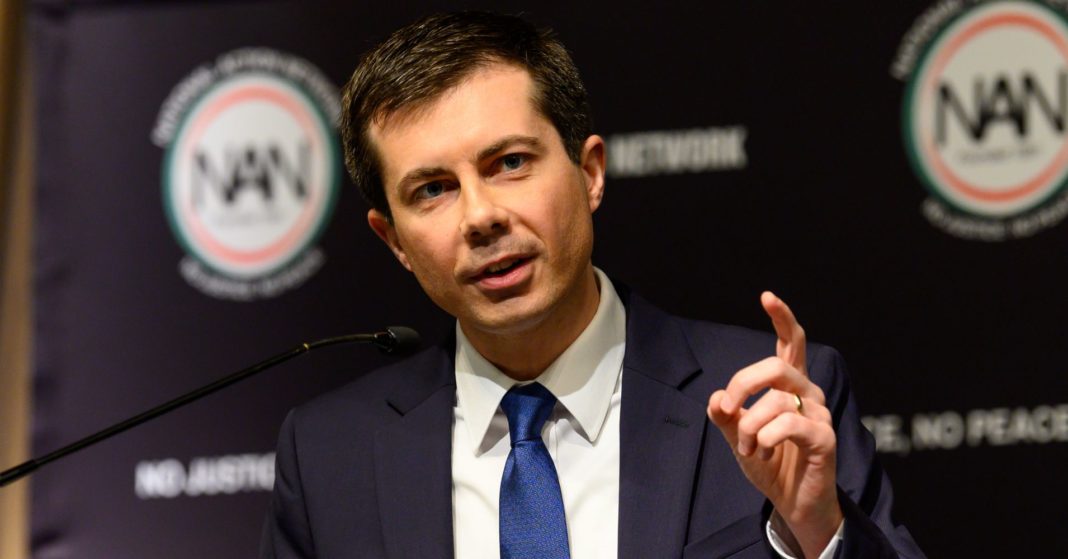 “My name is Pete Buttigieg. They call me Mayor Pete,” Buttigieg said at a rally inside a partly rebuilt factory, formerly owned by automaker Studebaker. “I am a proud son of South Bend, Indiana. And I am running for President of the United States.”

“I ran for mayor in 2011 knowing nothing like Studebaker would ever come back, but that we would, our city would, if we had the courage to reimagine our future,” he told the crowd.

If elected, Buttigieg, a 37-year old Rhodes Scholar, would be the youngest president in history, and the first who is openly gay.

The once little-known Midwestern politician formed an exploratory committee in January, and has since garnered early attention from Democratic voters and donors.

Recent polling from early voting states New Hampshire and Iowa show Buttigieg in third among the Democratic party’s voters, behind Bernie Sanders and Joe Biden, but ahead of well known candidates including Elizabeth Warren and Beto O’Rourke. Earlier this month, Buttigieg announced he had raised more than $7 million since declaring his candidacy in January, an amount that surprised some, given his low name recognition among voters.

Buttigieg’s official announcement also caps a week of heightened media attention, especially after the mayor criticized Vice President Mike Pence’s record on LGBT equality. Addressing the “Mike Pences of the world,” Buttigieg said on Sunday that “your quarrel is not with me — your quarrel, sir, is with my creator.”

Pence, who served as governor of Indiana when Buttigieg came out as gay during his re-election campaign for mayor, responded to Buttigieg’s comments in an interview that aired on CNBC’s “Squwk Box” Thursday: “He said some things that are critical of my Christian faith and about me personally. And he knows better. He knows me.”

As he gains momentum as a 2020 candidate, Buttigieg’s record as a two-term mayor has also come under some scrutiny. As much of his candidacy has centered on his claim of reversing an economic downturn in South Bend, questions have surfaced about whether the city’s revitalization left out black and Hispanic residents.

In an interview with CNBC’s John Harwood on Friday, Buttigieg said he’s not running to be president “for any one group.”

“I think divisive identity politics is exactly what’s being practiced by the White House today, and it’s using race to divide us within, for example, the middle and working class. We’ve got to turn the page from that,” he said.