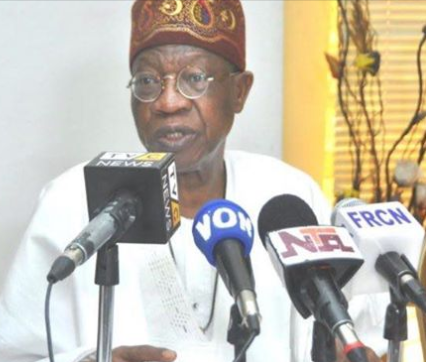 Read the press statement from PDP this evening below

Our attention has been drawn to a press statement by the Minister of Information, Alhaji Lai Mohammed, wherein he demanded that the certificate of registration issued to the PDP by the Independent National Electoral Commission (INEC) should be withdrawn because the PDP lost in an election and according to him, does not know how to function as an opposition party.

We want to alert all Nigerians of a clandestine plot by the All Progressives Congress (APC) led Federal Government to strangulate the main opposition party and plot the way for the self-succession plan of their candidate, President Muhammadu Buhari.

Our party has been following all the schemes and shenanigans of the APC as 2019 general elections draw nearer.

The main plank of the plot is to ensure that President Buhari runs as a sole candidate in 2019. To achieve this grand plan, they must work to exterminate all known and perceived political opposition platforms in our country.

Is it not strange that a party who, in its almost five years of existence, cannot constitute a Board of Trustees (BoT) in line with the provisions of its own constitution will be asking INEC to withdraw the certificate of a party whose all organs are intact and effectively functioning?

Is it not also laughable that a party, who cannot hold even a non-elective convention, will be calling for the withdrawal of PDP’s certificate?

It is imperative to tell Alhaji Lai Mohammed and his cohorts in the APC that any masquerade that dances first will eventually have to watch the dance steps of others from the stand.

It is clear now that the APC and its Federal Government have come to their wits end. All they need to do now is to sit by and watch Nigerians collectively return the PDP to powers and by so doing restore the nation to the path of unity, national cohesion and economic prosperity come 2019.