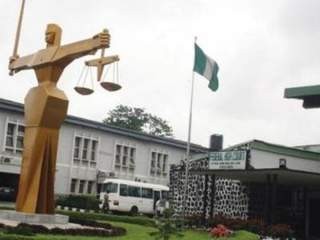 A 23-year-old pastor of a Pentecostal church in Port Harcourt, Rivers State, Kingsley Ihunda, was over the weekend arraigned before a chief magistrates’ court for allegedly biting an expectant mother on the waist and infecting her with HIV during a deliverance session in his church on July 27th. The victim who already has a child, had gone to the pastor for prayers after she had lost several pregnancies. She was referred to the pastor by a female herbalist, Treasure Victor, who told her that the pastor’s prayers were very effective as she had taken some other women to him for prayers.

While testifying before the court, the victim said the hotness of her womb led her to seek spiritual help. She said when herself and the female herbalist got to the pastor’s church, he asked her to provide N1, 500 for a bottle of olive oil which she did. However, during the prayers, he asked her to raise her dress up. She refused initially but later agreed after the herbalist told her to.

“When I objected to paying the money, he told me that if I refused to pay, my husband and child would die. The woman (herbalist), supported him and encouraged me to pay the money. She said she had brought other expectant mothers, who had the same problem, to the pastor, and after payment and prayers, their problems were solved. When I heard this, I decided to pay and come for prayers. During prayers, he asked me to raise my clothes, I refused, but the herbalist encouraged me to comply. He rubbed oil on my waist, bit me, sucked my blood and spat it out, claiming that was the cause of my problem and it had been solved.”

The victim said that a few months later, she tested positive for HIV, but her husband tested negative, adding that it was discovered the pastor infected her. The pastor and herbalist were charged with conspiracy, assault and pretence.

The accused pleaded not guilty and were thereafter granted bail.