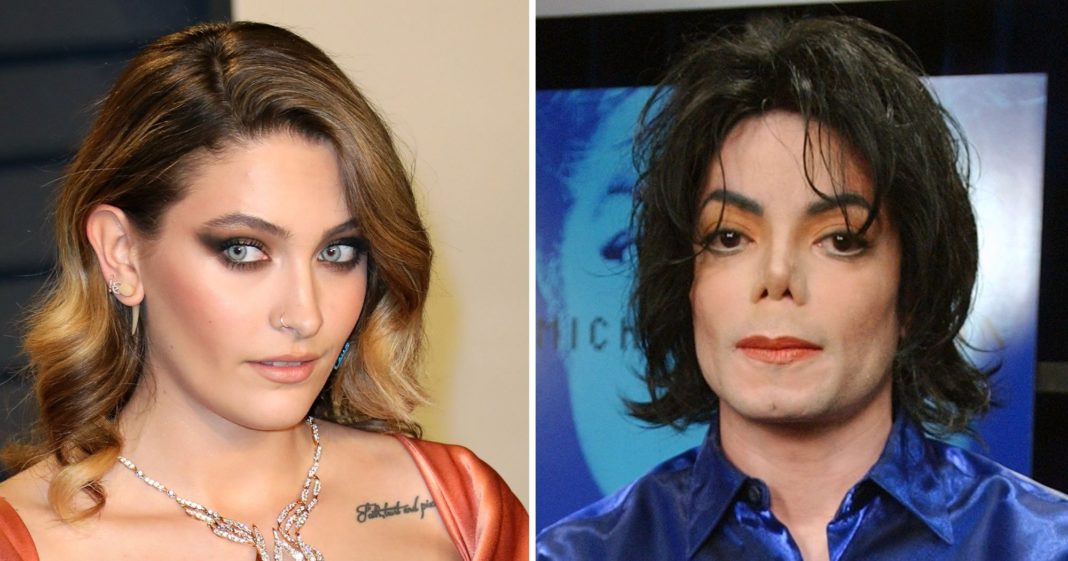 Keeping her opinions to herself. Paris Jackson spoke out about her lack of response to the allegations made against her late father, Michael Jackson, in Leaving Neverland.

“There’s nothing i can say that hasn’t already been said in regards to defense,” the model, 20, wrote via Twitter on Thursday, March 14. “[Cousin] Taj [Jackson] is doing a perfect job on his own. And i support him.”

She went on to explain why she feels that defending the pop star is not her responsibility. “But that’s not my role,” she tweeted. “I’m just tryna get everyone to chill out and go with the flow, be mellow and think about the bigger picture. That’s me.”

Paris later clapped back on Friday, March 15: “I am defending him, in my own way.”

The actress previously alluded to the accusations of sexual abuse made by Wade Robson and James Safechuck in the documentary. “I actually haven’t made any statements yet, especially regarding how it affects my work life,” she tweeted on March 6 after a website claimed she believed her dad was innocent. “You guys are reaching a bit. At least this wasn’t a disgusting and attacking article though.”

Paris also encouraged her followers to “smoke some weed n think about the bigger picture,” adding: “I know injustices are frustrating and it’s easy to get worked up. But reacting with a calm mind usually is more logical than acting out of rage and also…. It feels better to mellow out.”

Leaving Neverland premiered at the Sundance Film Festival in January and aired on HBO earlier this month. The late singer’s estate sued the cable network for $100 million, claiming that the film was “posthumous character assassination.”

Michael denied the sexual abuse allegations before his death and was found not guilty at a 2005 trial.