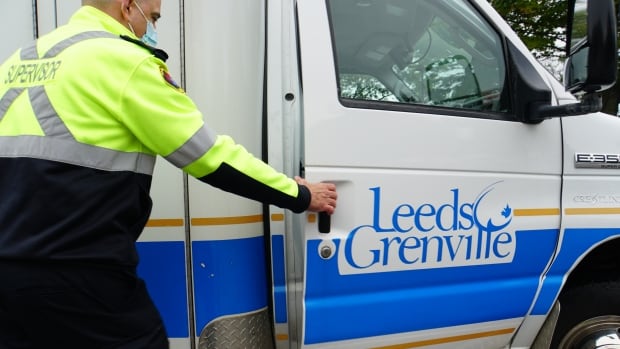 Paramedics from Gananoque, Ont., had to drive an ambulance almost two hours to respond to a 911 call in Ottawa’s urban core last week during one of several recent instances when dispatchers had no local paramedics available to send.

The paramedic chief for the United Counties of Leeds and Grenville says they sometimes respond to Ottawa calls, but those are typically in the area where the two jurisdictions meet: near Kemptville and Ottawa’s rural village of North Gower, for instance.

In the late hours of Dec. 30, however, an ambulance from Gananoque spent an hour and 52 minutes going to a call in central Ottawa, said chief Jeff Carss. No closer team became available in that time so the paramedics from the town, which is more than 150 kilometres south of the capital, could be called off, he said.

“I can’t say that I can recall during my tenure here that we’ve had a response that has gone that far,” said Carss, who has been with the service for a decade, and its chief for the past two years.

Carss says Leeds and Grenville counties have 150 employees with 11 ambulances on the roads during the day and six overnight. On that particular night, four separate ambulances responded to Ottawa calls.

The situation known as “level zero” has been a problem in Ottawa for many years. Officials have tried to tackle what’s seen as a main cause: the time paramedics spend waiting at hospitals to transfer patients instead of being on the road.

While figures for 2021 won’t be available for several months, the City of Ottawa reported 435 instances in 2020 when the region’s communications centre had no Ottawa paramedics to send to Ottawa calls.

Dispatchers send the nearest available ambulance, so teams from outside the city often answer calls for Ottawa residents, or vice versa. That has at times caused tension with surrounding counties, who find their teams tied up in the city when Ottawa is short.

But the pandemic has caused “unprecedented service impacts,” the City of Ottawa’s paramedic chief Pierre Poirier wrote in an emailed statement Friday.

That has led to several instances of level zero in recent weeks, including cases three consecutive days at the end of December and as recently as Jan. 6, during which Ottawa’s paramedic service sometimes had to rely on Ottawa firefighters or neighbouring paramedics to take calls.

“These service impacts are related to the record cases of COVID-19 within the community, the offload delays being incurred at hospitals, and the high call volumes, which have returned to pre-pandemic levels,” wrote Poirier.

While hospitals have reported staff shortages because of the Omicron wave, the paramedic service itself has minimal impacts right now, Poirier said.

More than 50 paramedics did test positive for COVID-19 at a Dec. 15 holiday party, although Poirier did not reference any impact from that event in his Friday statement about the call for the Gananoque ambulance.

In a Dec. 22 memo, Poirier had said the isolation of staff had minimal impacts on ambulance service. In a Dec. 28 follow-up, he said many had returned to work and contingencies, such as having staff work overtime, were no longer needed.

In total, the Ottawa Paramedic Service has a staff of nearly 700, with more than 550 paramedics and 80 communications officers.

In Leeds and Grenville, chief Carss noted the pandemic is a stressful and difficult time for his own paramedics. Call volumes are high again. Patients can sometimes become upset at them if they’ve had to wait for an ambulance.

Paramedics have also taken on extra roles, such as vaccinating residents of long-term care homes.

“I think, generally, everyone’s tired. They’re sick of COVID, not sick with COVID,” he noted.