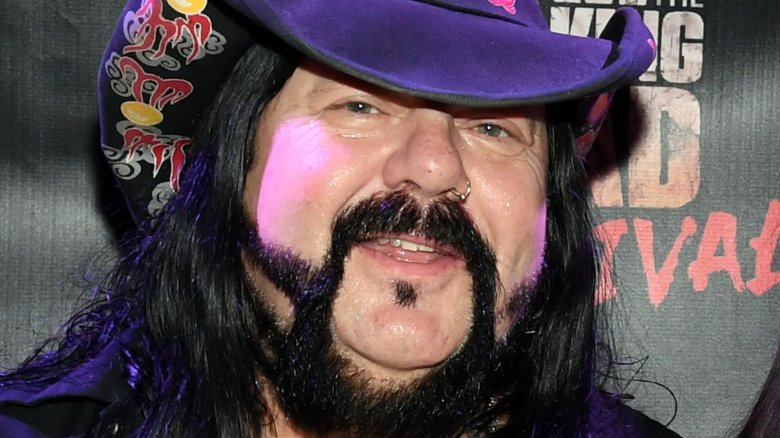 Vinnie Paul has passed away.

On Saturday morning, June 23, 2018, Pantera’s official Facebook page announced that the band’s legendary drummer and co-founder has died. He was 54 years old.

“Vincent Paul Abbott aka Vinnie Paul has passed away,” the Texas metal band stated, noting that Paul was more recently known for his drum work with the heavy metal supergroup Hellyeah. “The family requests you please respect their privacy during this time.”

At the time of this writing, further details surrounding his death have not been revealed. After the news of Paul’s passing broke, a number of musicians and fans took to social media to share their thoughts and express their condolences.

“So sad to hear of the death of Vinnie Paul. Loved when Pantera did shows with us and in later years Vinnie was always front and center at all KISS shows. RIP and condolences to his family,” Paul Stanley of KISS tweeted. Meanwhile, the rock outfit Papa Roach wrote, “Gutted to hear about the nicest guy in metal passing. Vinnie Paul showed us nothing but love. We’ll miss you Vinnie.”

Alice Cooper also paid tribute on Twitter, writing, “Terribly saddened by the news of Vinnie Paul’s passing. Vinnie was a beloved fixture in the rock and metal communities and we will miss seeing him out on the road. His impact on heavy music is immeasurable. Rest In Peace Vinnie, condolences to your family, friends and fans.”

According to CNN, Paul co-founded Pantera with his late brother, guitarist “Dimebag” Darrell Abbott, in 1981. The group later achieved mainstream success following the release of their third studio album, 1994’s Far Beyond Driven, which debuted at No. 1 on the Billboard 200 chart. They went on to receive four Grammy nominations for their work in the late ’90s and early ’00s.

In 2003, the band called it quits. The following year, Paul’s brother was tragically shot and killed by an obsessed Pantera fan while performing on stage with the duo’s group Damageplan.

Our thoughts are with Paul’s loved ones during this difficult time.