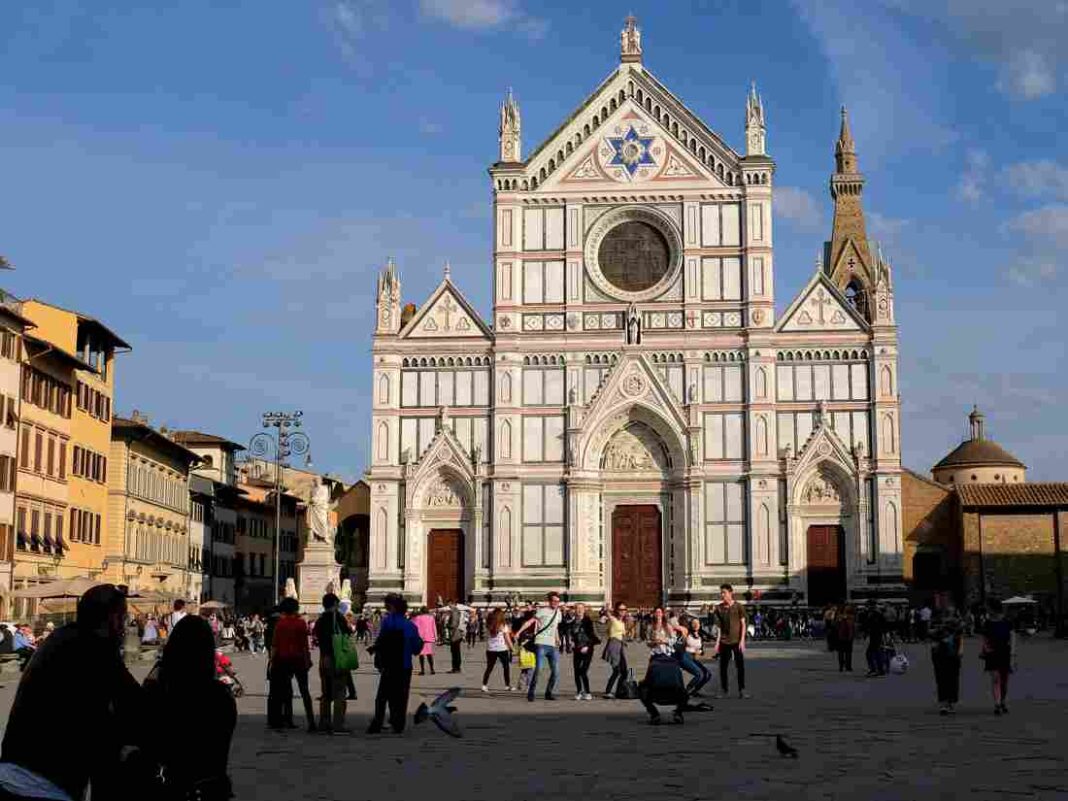 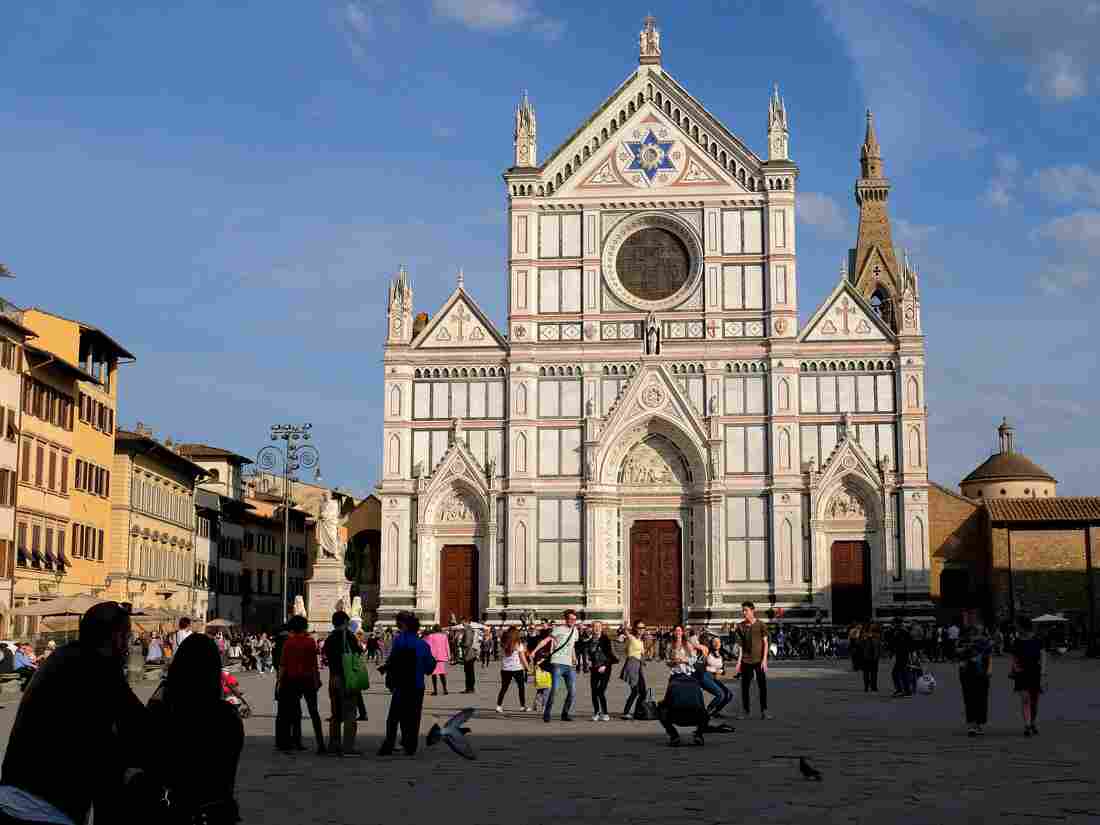 The steps of Florence’s Basilica of Santa Croce are a popular gathering spot for tourists visiting the historic Italian city.

Florence has taken aim at picnicking tourists. The problem: visitors who choose to dine on the steps of the Italian city’s historic churches.

Earlier this week, just before lunchtime, the city began hosing down the front steps of a basilica where sightseers like to sit and eat. Mayor Dario Nardella’s goal is to make the steps wet enough that tourists won’t gather there.

Tourists “eat and drink and make it dirty,” Nardella told ToscanaTV. “They’re treating our churches like they’re a restaurant. And they’re not restaurants. These are religious and cultural sites that you should love and care for.”

Tourism is big business in Florence. The Guardian reports that more than 12 million tourists a year have visited the city since Nardella took office in 2014.

In an interview with Italian television, Florence’s mayor says wetting the steps is a “gentler measure” than fining tourists, as Rome has done.

So around 1 p.m. on Wednesday, two workers began spraying soapy water on the steps of the Basilica of Santa Croce — the church where Michelangelo is buried.

“Tourists were surprised and in some cases angered by having to get up to allow the jets of water to be aimed at the steps,” Italian news agency ANSA reported.

Nardella says his “experiment” is a “more gentle measure” than fining tourists for snacking or drinking, which Rome has done. He said the city is also considering other tactics, like cordoning off certain areas “in a very elegant way.”

While the move may sound draconian, the picnicking conundrum is part of a larger question in Florence: how to balance the tourism industry with the needs and desires of its residents.

In May 2015, UNESCO sent a letter to Italian authorities expressing concern about the “absence of a tourist strategy” and the preservation of the “outstanding universal value” of the city, which is a World Heritage site.

“The whole historic centre is a pedestrian centre,” an activist named Tiziano Cardosi told the Guardian. “It is not for citizens, though, just for big groups of tourists and rich [foreign] students. This is a dying town.” He said Florentines could no longer buy bread in the city center because the shops only sell gelato to tourists or alcohol to students.

Nardella has said he would try to encourage tourists to spend more time on the city’s outskirts, rather than thronging the center, and would try to attract a better “quality” of tourist. “Bad tourists,” he suggested to the Guardian, are those with lowbrow taste and low-budget food: “Coca-Cola and one panino. No museum visit, just a photo from the square, the bus back and then on to Venice. … We don’t want tourists like that.”

The mayor defended his water-as-tourist-deterrent program, saying there are plenty of benches and tables at which tourists can eat. He cited his own sterling conduct as a tourist abroad.

“When I went to Istanbul, I didn’t go and sit on the steps of their mosque and eat my mortadella sandwich and throw my Coca-Cola on the ground in front of the Blue Mosque,” he said. “All we’re asking for is a little bit of respect.”

In the end, though, water alone may not succeed — because there is a force that can fight City Hall: the famed Tuscan sun. Just 10 minutes after the steps had been washed on Wednesday, they were dry once more, and the tourists returned.

This time, the police stopped them, ANSA reported.

Still, Nardella had a request for the visitors lolling about eating panini and gelato: “If you’re going to buy a sandwich, don’t eat it while strolling around, taking in the beauty of Florence.”