Pakistan Sentences Man To Death For ‘Blasphemy’ On Social Media 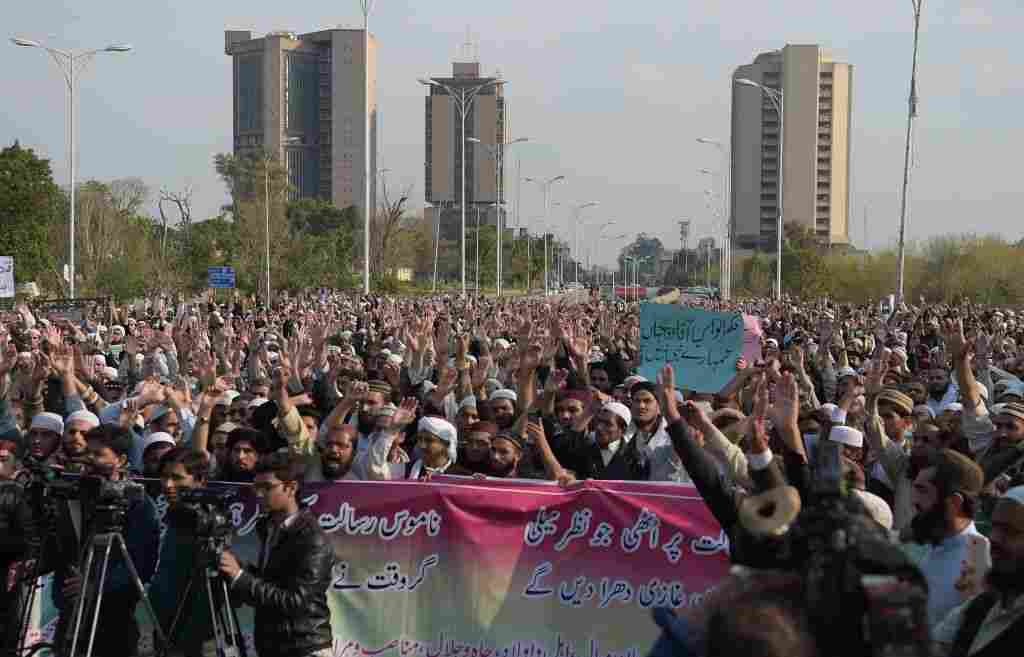 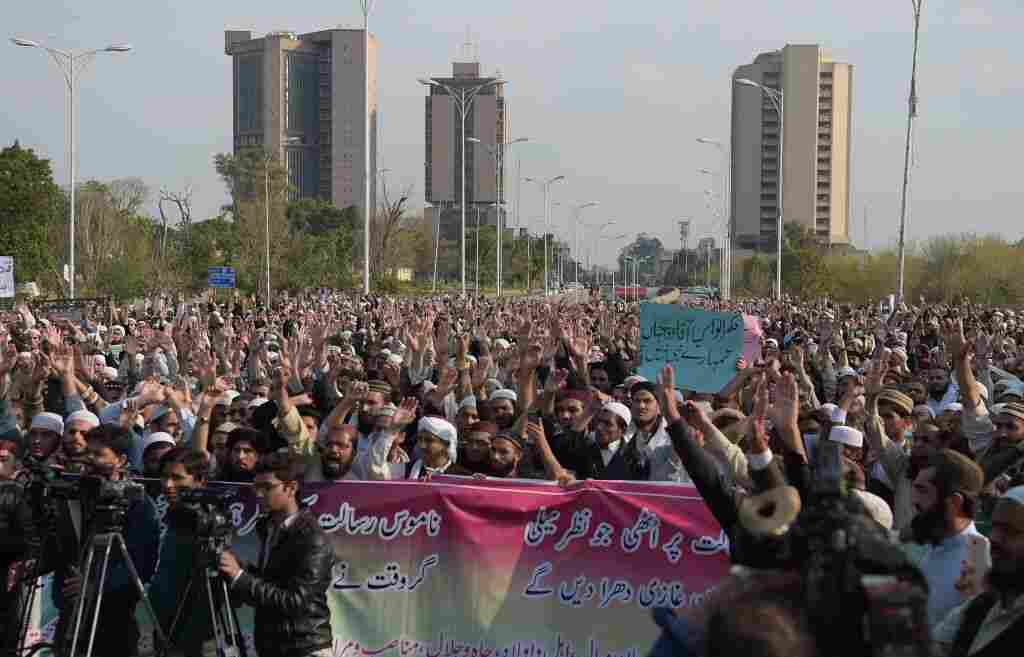 Pakistani religious students and activists gathered for a protest in Islamabad in March, as they demanded the removal of all blasphemous content from social media sites in the country. Aamir Qureshi /AFP/Getty Images hide caption

Pakistani religious students and activists gathered for a protest in Islamabad in March, as they demanded the removal of all blasphemous content from social media sites in the country.

In Pakistan, a court in Punjab province has sentenced a 30-year-old man to death over posting allegedly blasphemous content on social media.

Prosecutor Shafiq Qureshi confirmed the sentence against Taimoor Raza, according to The Associated Press and Reuters. It’s the country’s “harshest handed down yet for a cyber-crime related offence,” according to Amnesty International.

The AP quotes Qureshi as saying that a counterterrorism force “arrested Raza in April last year following a complaint that he was showing onlookers objectionable material on his cell phone at a bus terminal.” He is allowed to file an appeal, Reuters reports.

The death sentence comes as the government pushes a campaign against blasphemy on social media.

Raza is a member of Pakistan’s Shiite minority, his brother Waseem Abbas told The Guardian, and added that Raza inadvertently ended up in conversation with a government official on Facebook. “My brother indulged in a sectarian debate on Facebook with a person, who we later come to know, was a [counterterrorism department] official with the name of Muhammad Usman,” he said.

It’s not clear exactly what Raza said in his posts. The New York Times reports that he was initially charged “under a section of the penal code that punishes derogatory remarks about other religious personalities for up to two years.”

But the newspaper reports that during the investigation, he was later charged under a law “specifically on derogatory acts against the Prophet Muhammad, which carries the death penalty.”

Rights groups such as Amnesty International have criticized the blasphemy laws, arguing that they are “often used against religious minorities and others who are the target of false accusations, while emboldening vigilantes who are prepared to threaten or kill the accused.”

Saroop Ijaz, a lawyer with Human Rights Watch in Pakistan, told the Guardian that “the casual manner in which death sentences are handed in blasphemy cases coupled with the lack of orientation of Pakistani courts with technology makes this a very dangerous situation.”