Pacquiao the latest great who fought too long 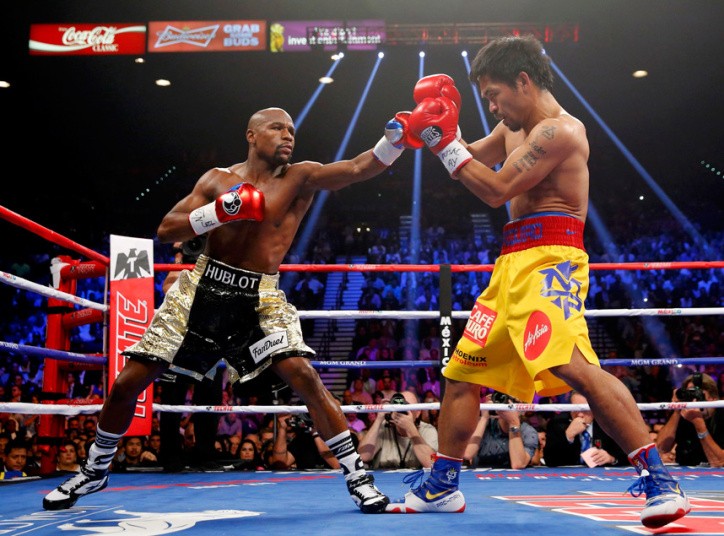 After Saturday’s shocking defeat to Jeff Horn, Manny Pacquiao joined a sizeable list of boxing icons who have fought on for too long.

But 38-year-old Pacquiao (59-7-2, 38 KOs), a world champion in an unprecedented eight weight classes, is considering enforcing the rematch clause with Horn and extending his 22-year professional career.

Losing a fight he was supposed to win easily cost Pacquiao his WBO world welterweight title, and the setback marked his fourth loss in his last nine fights.

While Horn (17-0-1, 11 KOs) can look forward to a rematch or other lucrative options, the boxing world is left to contemplate how another great came to discover he was too old, too late.

Here are some of the other boxing greats who hung around too long:

Boxing too long can be bad for your health, and even the best are not immune to the sport’s physical toll. Robinson was perhaps the finest pugilist ever, but he boxed on past his brilliant prime. After a four-year spell as welterweight champion, Robinson had five reigns as middleweight king. Robinson first retired from the ring in December 1952 — but it was not until November 1965 that he walked away for good. In his mid thirties, Robinson was not so invincible, and lost as many contests as he won between 1957 and 1960. A defeat to Gene Fullmer in 1961 marked the last time he fought for a world title, but Robinson was still a star attraction and went on accruing revenue for the next four years. A final defeat to Joey Archer prompted Robinson to retire for good at age 45. Later in life Robinson suffered from Alzheimer’s disease, which brain trauma experts think was caused by his lengthy career.

The Brown Bomber reigned as world heavyweight champion from 1937 to 1948, when he retired after 25 successful defences. But that was not the end of the story. Louis, who had to get off the canvas before knocking out Jersey Joe Walcott in his final defence, returned after a two-year hiatus to face new champion Ezzard Charles. Louis lost on points, but due to financial problems and unpaid taxes, he boxed on. After a series of non-title fights, Louis was stopped by world champion Rocky Marciano in 1951 in his final appearance. Louis ended up in a wheelchair and suffered from the effects of punch-drunk syndrome.

Muhammad Ali (right) swings at Joe Frazier in their classic fight in Manila in 1975. Bettmann / Contributor

There were already concerns about Ali’s health prior to his last fight against Trevor Berbick in Dec 1981. He was 39 years old. Ali was not officially diagnosed with Parkinson’s Disease until 1984, but his movement in the ring became slow and his speech slurred in the late 1970s. Many experts claim that Ali, who also lost to Larry Holmes and Leon Spinks in his last four fights, should have quit following his gruelling 15-round points win over Joe Frazier in the Thrilla in Manila. “It was like death,” said Ali about fighting the Thrilla in Manila, “Closest thing to dying that I know of.” It is now widely believed Ali’s Parkinson’s Disease was caused by taking too many blows to the head, particularly in the final years of his career (the mid 1970s).

Tyson’s wealth and talent dissipated at an alarming rate once he was upset by James ‘Buster’ Douglas in 1990. ‘Iron Mike’ won back the world heavyweight title, but after biting Evander Holyfield’s ears in 1997, his career became a novelty act. Tyson fought ten fights in seven years after losing the rematch to Holyfield and recorded only five wins; two were judged as no contests and the others were ruled defeats. His last world title shot was a brutal defeat to Lennox Lewis, and his final two appearances were humbling stoppage losses to Briton Danny Williams and Irishman Kevin McBride. One of the enduring images of Tyson’s career sees the former world champion slumped in a corner after being floored by little-known McBride. Tyson then said: “I don’t want to disrespect the sport that I love. My heart is not into this anymore.”

Roy Jones Jr (left) takes a punch from Enzo Maccarienlli during their bout in 2016. Dmitry Korotayev/Kommersant Photo via Getty Images

The best boxer of the 1990s is still going at age 48. Jones had blurring hand speed, and won world titles ranging from middleweight to heavyweight (excluding cruiserweight). While the hand speed is long gone, Jones was recently linked to a fight against MMA superstar Anderson Silva, and was last seen in a boxing ring stopping 43-year-old Bobby Gunn in February. Jones has won more than he has lost in recent years, but he has also suffered some sickening knockouts since his heyday pre-2004. Enzo Maccarinelli KO’d him in Dec. 2015, and Jones was previously stopped by Denis Lebedev (May 2011), Danny Green (Dec. 2009), Glen Johnson (Sep. 2004) and Antonio Tarver (April 2004).

Like Tyson, Holyfield lost his ring fortune and fought on past his prime. The Real Deal was driven by the ambition to become a five-time world champion — but he never accomplished his dream. Holyfield, then aged 37, became boxing’s only four-time world heavyweight champion when he beat John Ruiz in 2000. Although he lost a rematch a year later, he still fought on for another decade. Holyfield finished with a win, but it was a sad spectacle when — at age 48 — he beat roly-poly Brian Nielsen in Denmark. During his final decade as a boxer, Holyfield won only seven of his final 15 fights.

Five-weight world champion Leonard could not resist returning to the ring until, at age 40, he was stopped by Hector Camacho in 1997. After a six-year absence, Leonard made his last comeback against Camacho and suffered a humiliating defeat. But previous comebacks had been successful, including a victory over Marvin Hagler in 1987. Leonard fought Tommy Hearns and Roberto Duran in 1989, even though all three boxers were no longer at their best. While the Duran fight was a stinker, Leonard came back 15 months later to take on Terry Norris for the world light-middleweight title. Leonard was floored in what amounted to comprehensive defeat, yet still could not resist one more comeback.

Hearns had a great rivalry with the likes of Hagler, Leonard and Duran, but those days were long gone by the time he finally hung up the gloves in 2006 (he was 47). Hearns last fought for a world title in 1992 but kept on fighting, even after a five-year hiatus from the ring.

After last fighting as world champion in 1989, Duran had another 26 bouts before his last in 2001. Duran, who loved to fight, refused to abandon his career. He lost three of his last five fights and, aged 47, lasted just three rounds when he challenged William Joppy for the WBA world middleweight title in Aug 1998. After a car crash, Duran was finally forced to retire at age 50.

The Mexican icon came up against the next generation in his 99th professional fight. Despite a bloody defeat to Oscar De La Hoya, he carried on boxing for another nine years. During the final stage of a career that spanned 25 years, Chavez suffered more crushing defeats to younger stars, including De La Hoya (again) and Kostya Tszyu.

From his win in 1978 until his devastating loss to Michael Spinks in 1985, Holmes dominated the heavyweight division. After losing a rematch to Spinks, a 38-year-old Holmes was inactive for 21 months before returning to face undisputed champion Mike Tyson in 1988. He lasted four rounds. That brutal loss did not convince Holmes to stop, however. He suffered further world title defeats against the Evander Holyfield and Oliver McCall. Holmes, then 52, ended his career in a freak show of a fight that had more flesh than finesse on display when he out-pointed 334-pound Eric ‘Butterbean’ Esch.

After back-to-back first-round annihilations to Sonny Liston, Patterson’s career never regained its previous heights. The former world heavyweight champion, who reigned from 1956 to 1959 and then from 1960 to 1962, fell victim to younger fighters like Muhammad Ali, Jerry Quarry and Jimmy Ellis. At age 37, he ended his retirement after 2 years in order to face Ali in 1972. Patterson never fought again following yet another loss to Ali and developed Alzheimer’s later in life.