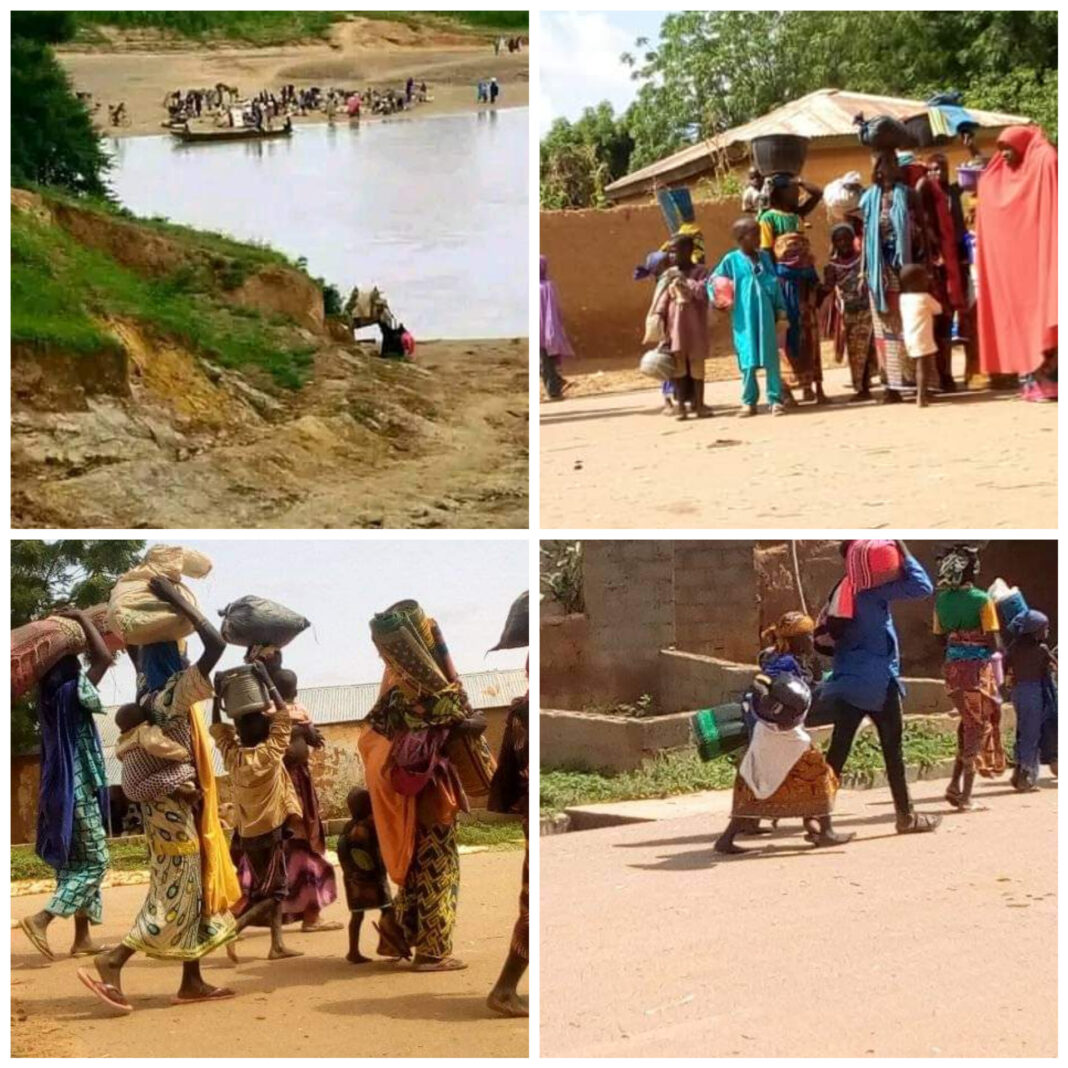 Over 30 people, mostly women and children, have drowned while escaping attack by bandits in Bukkuyum local government area of Zamfara State.

The victims, from Birnin Waje community, lost their lives when two canoes they boarded capsized on Wednesday night, October 5, 2022.

Residents told Daily Trust that the overloaded canoes capsized when they were trying cross a river to flee attack on their village by armed men.

According to residents, the armed criminals had invaded Birnin Waje community firing at residents.

The shootings triggered stampede with many residents struggling to board the canoes to cross a river to Zauma, a community they considered relatively safer, which is located 2km west of Bukkuyum town, the headquarters of Bukkuyum LGA.

However, the canoes became heavily loaded as non of the fleeing residents wanted to be left behind. Despite several warnings by the canoe riders to the residents to get off, the residents remain adamant and moved on.

“The armed men then followed the fleeing residents to the river bank firing shots. At the middle of the river the canoe riders who probably could not withstand the gunfire by the bandits jumped into the waters leaving the canoes adrift. Even though, some residents managed to escape after they plunged into the waters and swam to the shores,” a resident Babangida Bukkuyum said.

“I can tell you that three children of my younger sister are among the victims. There is intense fear that the bandits are still in the area. This has greatly hampered rescue efforts. It is really a tragedy.”

In recent weeks, communities in Bukkuyum local government area of the state have seen sharp rise in deadly raids.

The assaults are being staged by bandits who are widely believed to be hiding in expansive Gando and Barikin Daji forests in Bukkuyum and Gummi local government areas.

Thirteen days ago, 15 worshippers were shot dead by the armed men following an attack on mosque in Ruwan Jema community of Bukkuyum local government area.