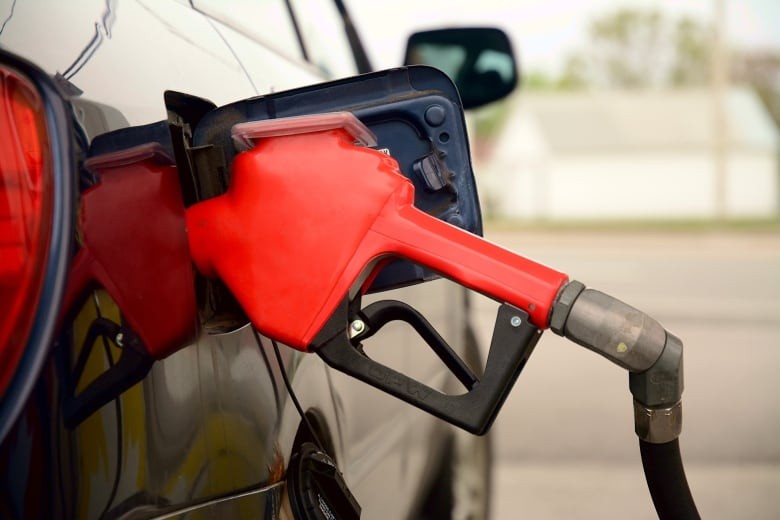 Prime Minister Justin Trudeau today released the government’s strategy to dramatically reduce greenhouse gas emissions by 2030 — and its centrepiece is a gradual hike in the federal carbon tax on fuels to $170 a tonne by that year.

Beyond the carbon tax hike, the government is promising $15 billion in new spending on climate initiatives over the next 10 years — money earmarked for improvements to the country’s electric vehicle charging infrastructure, rebates and tax write-offs for zero-emissions vehicles and funding for home retrofits, among dozens of other proposed policies.

The carbon tax will increase significantly from its current level — the tax is just $30 a tonne this year — as part of a push to meet and surpass Canada’s ambitious goal of reducing greenhouse gas (GHG) emissions by 30 per cent below 2005 levels by 2030.

“Simply put, it would be much harder to cut pollution if it was free to pollute. The principle is straightforward: a carbon price establishes how much businesses and households need to pay for their pollution. The higher the price, the greater the incentive to pollute less, conserve energy and invest in low-carbon solutions,” says the government’s new climate plan, titled, “A Healthy Environment and A Healthy Economy.”

The tax already was expected to hit $50 a tonne in 2022. With this new initiative, the tax will now increase by $15 a tonne each year for the next eight years in order to wean consumers off fossil fuels in favour of cleaner energy sources.

The tax hike will result in higher costs for consumers when they buy gasoline. The price at the pump will increase by 37.57 cents a litre by 2030 as a result of this new plan, and the cost of light fuel oil for home heating, natural gas and propane will rise as well.

To compensate for the cost-of-living increase, the government said it will continue to return most of the money collected by this program through rebates.

Under the current system, the money is returned to individuals and families annually through the ‘Climate Action incentive payment’ when they file tax returns. Starting in 2022, the carbon pollution rebate payments will be distributed on a quarterly basis.

The average family of four in Ontario will collect roughly $2,018 a year in climate rebates by 2030.

The carbon tax and the court

Ottawa imposed the carbon tax on jurisdictions that have so far refused to implement their own carbon pricing scheme: Alberta, Ontario, Manitoba and Saskatchewan. The constitutionality of the federal carbon tax is still before the Supreme Court of Canada.

Trudeau dodged questions Friday about what might become of his government’s climate plan if the court decides Ottawa doesn’t have the right to impose such a tax on provinces.

“Unfortunately, there are some jurisdictions that still don’t understand that the only way to build an economy for the future is to protect the environment at the same time. There are still some places in this country that want to make pollution free again,” Trudeau said at a press briefing Friday.

Supporters of a carbon tax say the threat of climate change demands action and a revenue-neutral plan of this sort is the best way to shift patterns of consumption away from GHG-emitting fossil fuels. All of the money that Ottawa collects from tax is returned to the provinces where it originated through the rebates.

Opponents fear a levy of this sort will be economically damaging and too punitive for consumers and small businesses.

Trudeau said Canada must take this sort of aggressive action now to stave off the worst impacts of global warming.

Global emissions will need to reach “net zero” around mid-century to limit global temperature increases to 1.5 C, according to the International Panel on Climate Change (IPCC). The 1.5 C target was a goal of the Paris climate accord, signed by almost all countries, including Canada.

Reaching “net-zero” by 2050 would mean that emissions produced 30 years from now would be fully absorbed through actions that scrub carbon from the atmosphere — such as planting trees — or technology, such as carbon-capture and storage systems.

Trudeau said that just as Canadians have relied on scientists to help the country out of the COVID-19 pandemic, they must also heed their advice on the threat of climate change. He said science isn’t “a pick-and-choose buffet.”

“If we trust scientists with our health, as we do, then we must also trust their research and their expertise when it comes to other existential threats and that includes climate change,” he said.

“There is no vaccine against a polluted planet. It’s up to us to act because there is a real cost to pollution.”

Ontario Premier Doug Ford, an ardent critic of carbon pricing, said today he was deeply concerned by Trudeau’s plan to hike the carbon tax, saying such a sizeable increase could be economically devastating.

Ford said there was no mention of the tax hike during the first ministers’ meeting yesterday and he did a double-take this morning when he saw reports that the existing tax would more than triple over the next 10 years.

“I can’t understand for the life of me why anyone would want to put a burden on the backs of the hard-working people in this province. This carbon tax is going to be the worst thing you’ll ever see,” he said, predicting price hikes on “everything” as increased transportation costs get passed on to consumers.

“God bless the environment, don’t get me wrong … but I’ve never, ever been more disappointed in an announcement ever since I’ve been in politics,” he said. “We’re competing for jobs up here. We’re doing everything we can to create an environment for people to thrive, and all of a sudden a sledgehammer comes and hits you over the head.”

Greenpeace called the plan “serious and well-thought out,” although it still called on Trudeau to commit to completely “decarbonizing” the country. Climate Action Network Canada called the new pricing regime “essential” as it advocated more spending on climate initiatives. Clean Prosperity called the $170 a tonne carbon tax a “bold, brave and wise move will set Canada on the path to decarbonization.”

The government also is moving ahead with a new clean fuel standard — a plan to reduce the carbon intensity of fuels and energy use in Canada — but is dropping a push to put similar regulations on gaseous and solid fuels.

The Canadian Association of Petroleum Producers (CAPP), the lobby group that represents oil and gas interests, has warned the new standard will drive significant cost increases for energy products like diesel, gasoline and natural gas, while environmentalists say the new regulations will prompt a switch to low-carbon fuels by setting limits on emissions.

The government says it will spend $2.6 billion over seven years, starting in 2020-21, to help homeowners improve the energy efficiency of their homes through about 700,000 home improvement grants worth up to $5,000 each. The government also says it will pay for one million free EnerGuide energy assessments.

The government also is promising to invest $287 million over two years to continue an existing program that provides incentives to people who buy zero-emissions vehicles. The program provides a rebate of up to $5,000 to consumers who buy “light duty zero-emissions” vehicles.

Over the next four years, the government also plans to spend $964 million to modernize the country’s electricity grid to make it more conducive to renewable energy sources. Ottawa says it wants provinces with “abundant clean hydroelectricity” — B.C., Manitoba and Quebec — to share with parts of the country that are “more dependent on fossil fuels for electricity generation.”