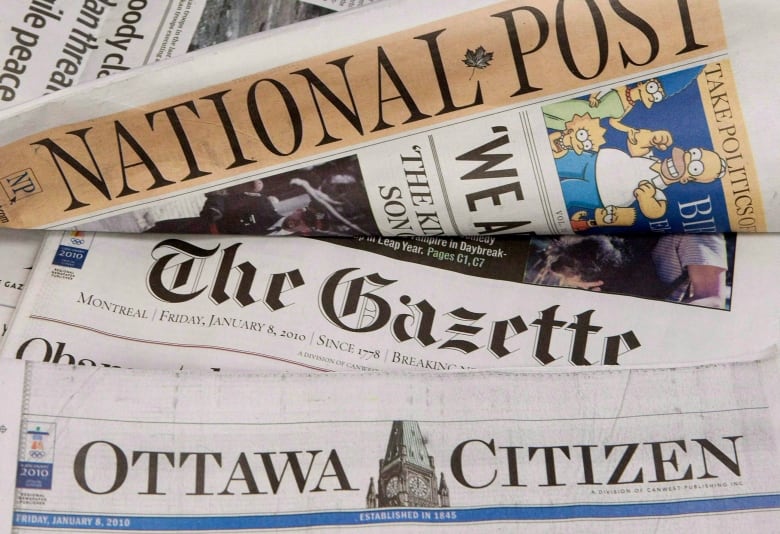 Advocates for Canada’s news media sector have welcomed the federal government’s clearest pledge yet to squeeze web giants for compensation. But there’s evidence it will be a long, difficult process.

Major U.S.-based tech firms such as Facebook and Google have long been accused of funnelling advertising revenues away from Canada’s struggling news organizations while not paying the outlets for their copyrighted content.

In its throne speech on Wednesday, the Liberal government put it this way: “Web giants are taking Canadians’ money while imposing their own priorities.”

In the speech, read by Gov. Gen. Julie Payette, the government vowed, “Things must change, and will change.”

Canadian Heritage Minister Steven Guilbeault has been signalling his intent to take on the Silicon Valley companies for months, but amid the COVID-19 pandemic and an economic crisis, there was no guarantee that it would remain a legislative priority.

Bob Cox, publisher of the Winnipeg Free Press, said after the speech that he was encouraged by the government’s message.

“We’ve felt for a long time that we’re contributing a lot to these platforms and getting nothing back,” he told CBC News in an earlier interview. “It’s because we’re in this essentially powerless position that we’re asking government to intervene.”

His newspaper is among countless media organizations across the country imperilled by an ongoing loss of ad revenue, compounded by the pandemic.

A tally by the Canadian Association of Journalists at the end of April found that 50 outlets had recently closed and 78 had cut staff, resulting in 2,053 job losses.

Friends of Canadian Broadcasting, an advocacy group, now estimates the job cuts in journalism have surpassed 3,000 since COVID-19 struck in the early part of the year.

Some news outlets have benefited from Ottawa’s wage subsidy program during the pandemic — and a tax credit-based media bailout before that — but the loss of revenues to web giants is seen as a longer-term threat.

“This is a six-alarm fire, and the government needs to act right now — this parliament — to start imposing the rule of law over these Silicon Valley giants that are cratering our industries,” said Daniel Bernhard, executive director of Friends of Canadian Broadcasting.

Cox and Catherine Tait, president and CEO of CBC/Radio-Canada, were among the Canadian media executives who signed a joint letter to all federal party leaders in February, demanding fairer rules surrounding competition, copyright and taxation for online content.

Now comes brass tacks. We are looking forward to specific policy from <a href=”https://twitter.com/JustinTrudeau?ref_src=twsrc%5Etfw”>@JustinTrudeau</a> on 1) making sure tech companies pay their fair share of taxes and 2) are held liable for the hateful and illegal content they publish 3) support public and private Canadian media 2/3

Guilbeault has been working on a plan to address the imbalance between Canadian news organizations and the web giants. As it stands, platforms like Facebook and Google can share headlines and snippets of news articles without directly compensating the outlets.

What’s more, the tech firms sell advertising on the content they didn’t create.

It’s a complicated relationship, however. Local and national media outlets also rely on web traffic driven by search engines and social media platforms — some of the sites most visited by Canadians.

“The days where the [tech] companies could decide just about everything … are over,” Guilbeault said in a recent interview.

While legislation could come as early as this fall, few details are known about how the government plans to address the issue.

The throne speech provided this vague hint: “The government will act to ensure [web companies’] revenue is shared more fairly with our creators and media.” The speech also alluded to tackling “corporate tax avoidance by digital giants.”

Guilbeault acknowledged he has “an uphill battle” ahead. Experiences abroad confirm that.

Experiences in other countries offer lessons

In France, Google refused to comply with a 2019 European Union directive to pay to use snippets of news stories. Instead, the platform removed article extracts from search results, leaving only the links.

The matter was hardly resolved. Earlier this year, the French competition authority ordered Google back to the bargaining table.

Michael Geist, a law professor at the University Ottawa, said he does not expect Facebook to easily co-operate, either.

“The risk, if we move toward licensing links, is that news stories are going to disappear for Canadians from social media services” altogether, he warned.

Geist pointed to Australia, which has a population approximately two-thirds the size of Canada’s and may provide the best preview of the battle brewing here.

A draft code published over the summer by the Australian Competition and Consumer Commission drew swift rebukes from both Google and Facebook. The plan would allow for news publishers to negotiate with the tech firms for compensation when their content is reposted.

In response, Facebook “reluctantly” threatened to ban the sharing of news articles on its platforms in Australia. Critics pointed out it would still be possible to post false stories.

Google, for its part, said the Australian strategy put the search engine and its sister platform YouTube “at risk.”

“I think the idea is right — there needs to be some sort of fair exchange,” but identifying the correct process poses a challenge, said Andrea Carson, an associate professor in the department of politics, media and philosophy at La Trobe University in Melbourne, Australia, who received a grant from Facebook to research online misinformation.

“I’m not sure any country, at this point, has worked out best practices yet.”

Guilbeault has been monitoring such efforts overseas and expects other governments will follow suit soon.

“If it’s two, three, four, five [countries], I think it’s going to become impossible for Facebook to start boycotting everybody,” he said.

A statement issued by Facebook on Thursday did not directly address the issue of compensating news organizations in this country. “We welcome new rules for the internet that support innovation, free expression and the digital economy,” a company spokesperson said in an email.

A representative for Google Canada said the company looks forward “to continued collaboration with the [Department of Canadian Heritage] to explore new ways to support the Canadian creator and media ecosystem.”

Guilbeault is working on requirements for streaming services to contribute more to Canadian content as well. Regulations are also in the works for social media companies to address harmful content — for example, the quicker removal of hate speech or any incitement to violence.

“We have worked hard over the decades to have a safe Canada in the real world, and that’s what we’re trying to translate onto the web,” Guilbeault said. “Right now, one could argue that it’s not really the case.”