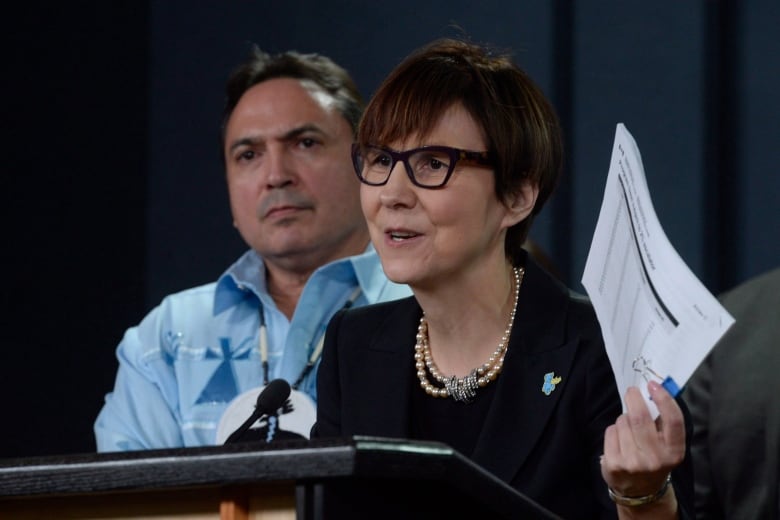 Ottawa must pay tens of thousands of dollars to every First Nations child who was placed in the on-reserve child welfare system, following a Friday ruling by the Canadian Human Rights Tribunal that also provides compensation to some of their parents and grandparents.

The tribunal ordered the federal government to pay $40,000 to each child — the maximum allowed under the Canadian Human Rights Act.

The ruling covers all children in the care of the child welfare system at any point from Jan.1, 2006, to a date to be determined by the tribunal.

“Canada’s conduct was devoid of caution with little to no regard to the consequences,” said the order.

“Canada was aware of the discrimination and of some of its serious consequences … Canada focused on financial considerations rather than on the best interests of First Nations children and respecting their human rights.”

Some estimates place the number of potentially affected children at about 50,000, with the largest proportion in the Prairies and British Columbia.

The tribunal also ordered compensation for each “parent or grand-parent” — if the latter was the primary caregiver — whose children were taken from their home unnecessarily. Each should get $20,000, plus an additional $20,000 for every child taken, said the ruling.

“These parents and grand-parents experienced pain and suffering of the worst kind,” said the tribunal. Those who abused their children or grandchildren do not qualify.

The ruling also orders Ottawa to pay $40,000 to each First Nations child — along with their parents or grandparents — who were forced to leave their homes to access services, or who were denied services covered by the policy known as Jordan’s Principle.

Under Jordan’s Principle, the needs of a First Nations child requiring a government service take precedence over jurisdictional issues over who should pay for it.

The tribunal ordered Ottawa to enter discussions with the First Nations Family Caring Society and the Assembly of First Nations — who both filed the initial human rights complaint in 2007 — to determine the best independent process to distribute the compensation.

The tribunal said logistical issues like establishing trust funds for children, administrators, protections for mentally disabled children, opt-out provisions and how to deal with children with no parents or grand-parents need to be sorted out.

It gave the parties until Dec. 10 to come to the tribunal with proposals.

Cindy Blackstock, who heads the First Nations Child and Family Caring Society, said this latest ruling shows Ottawa learned little from what happened in residential schools and during the Sixties Scoop era.

“They knew better and did not do better resulting in tragedy for First Nations children, families and [First] Nations,” said Blackstock in a statement.

“We must demand Canada stop its piecemeal approach to remedying cross cutting inequalities in First Nations public services by fully implementing the Spirit Bear plan to end all of the inequalities once and for all.”

“This is about our children, their safety, their right to be with their families, kin and communities, and their right to quality of care. No government should be fighting these fundamental values,” said Bellegarde in a statement.

Grand Chief Stewart Phillip, president of the Union of BC Indian Chiefs, said Canada has an obligation to provide compensation for all First Nations children, parents and grandparents impacted by the child welfare system, regardless of cutoff dates.

“The system blamed and shamed us for what was happening while the truth was a colossal human rights failure due to discrimination by Canada,” he said in a statement.

“The fact that Canada opposed compensation up to this day, and tried to deny the harm it caused, is also unacceptable.”

Mary Ellen Turpel-Lafond, the former child and youth advocate for British Columbia, said the ruling confirms the deep impact the broken child welfare system has had on First Nations children and families.

“Canada fought this every step of the way up to today, and it is shameful, unnecessary and mean,” Turpel-Lafond, director of the University of British Columbia’s Indian Residential School History and Dialogue Centre, said in a statement.

“So many children and youth I worked with over the years are not with us to see this day, and for them and their families I feel nothing but sorrow that they never made it out of this system.”

The statement said the department has approved more than 341,000 health and education requests under Jordan’s Principle and doubled investments in child and family services.

“We want to ensure that, first and foremost, we continue to place the best interests of the child at the forefront,” O’Regan said in the statement.

“Our government is committed to seeing the unmet and long-standing needs of First Nations, Inuit and Métis children met.”

Ottawa can seek a judicial review of the decision with the Federal Court of Canada.

The tribunal’s ruling said the government knew about the damage its broken child welfare system and jurisdictional gaps were wreaking on First Nations children as far back as 2000, but did nothing until the landmark 2016 ruling,

“No amount of compensation can ever recover what you have lost, the scars that are left on your souls or the suffering that you have gone through as a result of racism, colonial practices and discrimination,” the ruling said.

The law also created the legal framework for Indigenous groups to create their own child welfare systems, in partnership with provinces or on their own.

In filings with the tribunal, Ottawa said investment has grown to about $1.2 billion for First Nations child welfare services between 2016 and 2018. In its 2018-19 budget, Ottawa committed $1.4 billion over six years for such services, according to the filing.

A separate and still pending $3.05 billion class-action lawsuit was filed in Federal Court against Ottawa this past March for discriminating against First Nation children by underfunding on-reserve child welfare services.