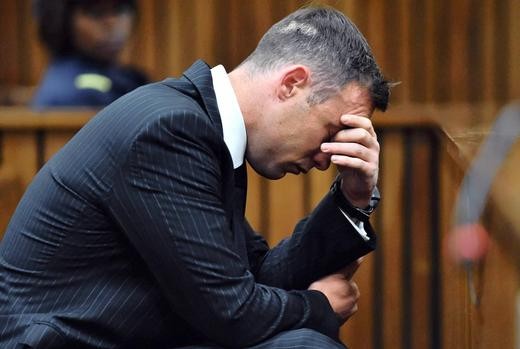 Nxumalo said Pistorius demonstrates good behaviour in the Atteridgeville prison in Pretoria and has a “positive attitude”,Pistorius is classified as a group A medium inmate because he has shown ongoing good behaviour and participates is a variety of rehabilitation programmes.

According to Nxumalo, jail is a sufficient punishment for an offender.

“The goal is not to punish them [further], but to rehabilitate them.”

Nxumalo did not want to elaborate on which rehabilitation programmes Pistorius participates in, but said it takes place within the jail.

Pistorius, who has been in jail for exactly a year on Thursday, still has to serve out a two-year prison sentence before he can be considered for parole.

According to the Department of Correctional Services, criminals who were sentenced after October 1, 2004, must spend a certain minimum amount of time in jail before they can be considered for parole.

For fixed sentences, such as the six-year prison sentence Pistorius received last year, half of the sentence must be carried out. He therefore has to serve three years of his sentence before he can be considered for parole.

Criminal law expert Llewellyn Curlewis however, said parole is not an automatic right or a given.

The parole-board should know or be informed about the State’s hanging case against Pistorius’s sentence.

The State believes his six-year prison sentence is shockingly light and believes he should remain in jail for a longer period.

The State is making an application to the appeals court to appeal against his sentence.

Curlewis said the parole board can do one of two things if Pistorius’s three-year prison sentence passes before the appeals court delivers a ruling.

Firstly, Pistorius’s parole application can be postponed until the court makes a ruling.

Secondly, the parole board can after three years hold a parole hearing, grant parole and release him.

If the court thereafter rules that he must serve a longer prison sentence, it would however cause practical problems, because Pistorius would then be required to report to jail again as he has done in the past.

“Something like this would leave a bad taste in the mouth.”

A bowed Oscar Pistorius during his trial. It is a year since he was put back in jail. File picture: Phill Magakoe/AP

Curlewis said this case is unique, because the matter about Pistorius’s sentence should have already been clarified.

Nxumalo said the Department of Correctional Services is working with the appeals court.

He said if the parole board grants Pistorius parole and the court only makes a ruling later and increases the jail sentence, “then he has to come back and serve the rest of his sentence”.

* It was earlier reported that the State and its oral arguments in the appeal application will possibly be heard in the fourth term of the appeals court, which is in November.