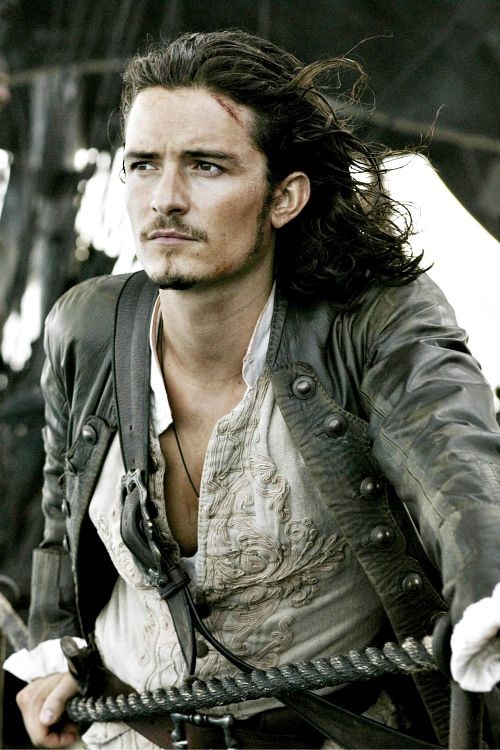 It’s been 14 years since Orlando Bloom first played William Turner in 2003’s Pirates of the Caribbean: Curse of the Black Pearl, and a lot has happened since then—both onscreen and off. Though he didn’t appear in the fourth film in the franchise, Orlando reprises his role in Pirates of the Caribbean: Dead Men Tell No Tales, in theaters Friday. Because of the series’ popularity, the 40-year-old decided it was time to let his 6-year-old Flynn Bloom watch the original movie.

“I was very reluctant, because obviously you want to keep that normalcy and that dynamic, and I didn’t want him to know what dad did for a while,” Orlando confessed on NBC’s The Tonight Show Wednesday. “But then he started school and I was like, ‘Well, older brothers and sisters…’ The movie was coming out and they’ll talk about it, and I wanted to have that moment of showing him me in Pirates of the Caribbean. So, last summer I was in France. It was on a little TV; it wasn’t a big grand screen or anything at all. But I just flicked it on and he was watching it.”

“I had a video camera on him as he was watching. He was like, ‘Wait, that’s you! What? That’s you?'” Orlando recalled. “He was a little disgruntled, which I was freaked out about, because I was like, ‘Wait! I should have spoken to a child therapist before I even thought about doing this. What was I thinking? This was a bad idea!’ And then he loved it. He was like, ‘So, wait a second: How long can you hold your breath under water for? Did you really do that?’ Like, ‘Yeah, bro! Forever! I could walk from one side of the ocean to the other.’ Because he still believes that!”

Returning to the series was a no-brainer. “I got a call saying, ‘Will you come in? We want to reintroduce your character to the franchise. We’ve got this great emotional hook.’ Basically, I send my son off to save me from the bottom of the ocean, because I’m now, of course, Davy Jones,” he said. “So, just like I was searching for my father, he’s now searching for his father.”

Pirates of the Caribbean: Dead Men Tell No Tales is in theaters Friday.