Opposition party to Gov. Ayade: ‘Tell us how you spent N8bn in 3 months’ 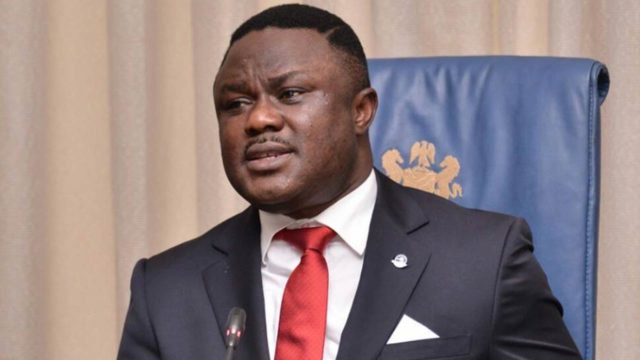 The African Action Congress, AAC, has demanded that Governor Ben Ayade of Cross River discloses full details of how he spent N8bn the state received from the federal government of Nigeria in the last three months.

Jalingo stated that his party discovered that over N3bn was allocated to the state as the last tranche of Paris Refund as well as N5.4bn as Value Added Tax for the years 2015 – 2018, totalling over N8bn, which accrued to the State between March and May 2019.

He demanded that Ayade should prove his accountability and judicious application of public resources in Nigeria by confirming that the state received the fund.

“We demand Mr. Ayade to tell Cross Riverians what he intends to do with the said funds which total over NGN8Billion as we do not want to shave his head in his absence by taking in, hook, line and sinker, reports that he has ‘already spent’ such huge amounts barely eight days into his second term,” Jalingo added.

He demanded that Ayade provide the full details of how the state spent the Paris Refund it has received while stating that Cross River has moved from the era governors and office holders spend money without any record of the spending.

“It is worrisome the way in which Governor Ayade has handled the Paris Refund since inception till now with almost no statistics and indices made available to the public as one will logically expect from an administration that floats the principle of ‘politics with ethics’.

“As a party, we wish to note that Cross River has moved from being a State where budgets and spending, generated revenues, cash inflows and outflows, are hidden and when made available years after their cycles have elapsed, remain sketchy and devoid of details. This trend must stop!” He said.