Ontario’s use of notwithstanding clause in dispute with union a ‘Pandora’s box,’ expert says 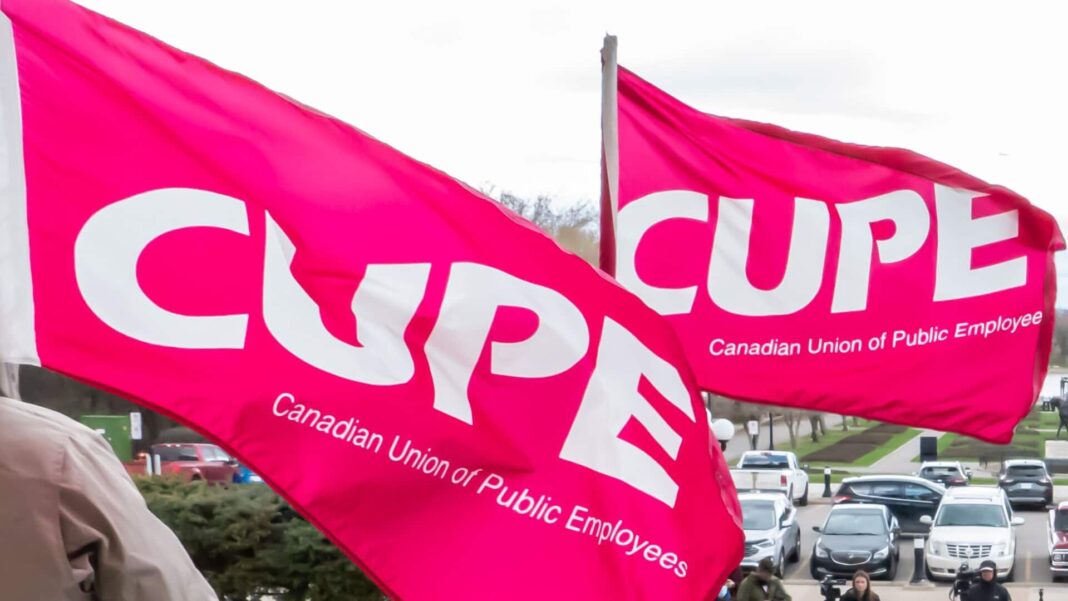 The Ontario government’s move to force school-support staff to stay at work by using the heavy hammer of the notwithstanding clause could have huge repercussions on labour relations, experts say.

“If the public is sympathetic to the government [in this case], then the government’s actions will have set a significant precedent for years to come,” said Rich Appiah, a principal at Appiah Law Employment and Labour Counsel in Toronto.

Education Minister Stephen Lecce introduced legislation Monday afternoon to avert a looming strike and impose a four-year contract on about 55,000 education workers, including librarians, custodians and early childhood educators, but not teachers. Under the proposed legislation workers could face fines of up to $4,000 per day if they strike.

The Canadian Union of Public Employees says it will be looking at every avenue to fight the legislation, but the government says it intends to use the notwithstanding clause to keep the eventual law in force despite any constitutional challenges.

The notwithstanding clause, or Section 33 of the Charter of Rights and Freedoms, gives provincial legislatures the ability, through legislation, to override certain portions of the charter for five years.

Noa Mendelsohn Aviv, the executive director of the Canadian Civil Liberties Association, said in a statement Monday that the clause was “never meant to be used in contract negotiations, or as a casual tool to disrupt basic human rights safeguarded in our Charter.”

“This misuse, and the flagrant disregard for individual rights is wrong and it is dangerous to our constitutional democracy.”

‘The union is screwed’

CUPE said the workers will stage a provincewide “protest” Friday — meaning they will be off the job despite the legislation.

Labour experts had told CBC News earlier Monday that the government was likely to face a stiff and costly legal challenge by forcing a contract on the union, but Appiah said the government can pre-empt any court challenge by invoking the notwithstanding clause.

“I understand that the … invocation of the notwithstanding clause is included in the legislation, and that being the case, frankly, the union is screwed,” Appiah said. ‘From a legal perspective, this union is screwed’ if notwithstanding clause invoked, lawyer says

Rich Appiah, an employment and labour lawyer in Toronto, discusses the Ontario government’s legislation designed to impose a contract on education workers represented by CUPE and the potential for its use of the notwithstanding clause to enforce it.

From a legal perspective, Appiah said, the union’s only options are political: convincing stakeholders, community members and ultimately voters to join them in protest, as well as walking off the job illegally.

“It’s taking away a constitutionally protected right, and it’ll be up to the people to decide whether they are on side with that,” he said.

How much this changes labour relations will depend on public reaction, he said, noting that many people are tired of school closures due to the COVID-19 pandemic.

“If the people allow this to happen, I think it will send a signal to other provinces that they have the upper hand in negotiations with educational institutions, as well as other public institutions,” he said.

Appiah said he doesn’t necessarily believe that means the clause, normally rarely invoked, will become commonplace now. For instance, an infringement on minority rights would likely be met with a significant “fracture” in society, he said, and would therefore be avoided.

This specific situation — with its repercussions on education and the economy — means it’s a unique situation the government may find support for.

“I don’t think we can use the circumstances to extrapolate what the government might do in a broader circumstance,” he said.

David Doorey, a York University professor specializing in labour and employment law, said there has been only one other Canadian use of the notwithstanding clause in back-to-work legislation — in Saskatchewan in the 1980s. But the law has changed dramatically since then.

“Today, the charter protects a right to collective bargaining and to strike,” he said.

“As a result, the Ontario government requires the notwithstanding clause to protect itself from a lawsuit.”

Andrew Monkhouse, a managing partner at Monkhouse Law in Toronto, said the move takes away the historic compromise between unions and employers that make strikes legal but predictable.

“I imagine that in a world where unions felt that historical compromise was not being followed, they might choose to resort [to] what would be called a wildcat strike,” he said.

Wildcat strikes usually refer to strikes taken by workers without being officially sanctioned by the union. Like wildcats, they are unpredictable and hard to control.

Unions would likely see the situation as, “If they’re not going to follow what [we] see as the law, we won’t either,” said Monkhouse, an employment lawyer.

He said further fallout from the decision will depend on how far the provincial government is willing to go. “I mean, are they really going to be putting labour organizers in jail for going on a strike when they’ve been legislated back to work under the notwithstanding clause?”

He said once the government opens the “Pandora’s box” of using the notwithstanding clause during collective bargaining, it will be difficult for unions not to consider it part of every negotiation -— including seeking assurances in their collective agreements that it will not be invoked.

Paul Champ, a constitutional and labour lawyer in Ottawa, said the Supreme Court of Canada made it clear in 2007 and 2015 that the right to collective bargain and to go on strike can only be infringed on in very serious circumstances — and that that hadn’t happened yet in this case.

“There hasn’t really been a fundamental breakdown in negotiations,” he said before it was clear the province would use the notwithstanding clause. “The province hasn’t tried to come up with some other way to arbitrate their disputes.”

Lecce said the government was willing to give annual raises of 2.5 per cent to workers making less than $43,000, and raises of 1.5 per cent for all others. CUPE wanted annual salary increases of 11.7 per cent.

When the government forces a contract on employees, it usually means significant payouts to workers later. Champ noted a case about a decade ago involving the B.C. Teachers’ Federation.

“The province was ordered to compensate teachers going back years, not only for the value of what their collective agreement could have been, but also other damage through the mitigation of their charter right,” he said.

Education unions also won a court challenge several years ago against an Ontario Liberal government that had to pay more than $100 million in remedies.

Monkhouse said this support-staff contract and its relatively small 55,000 workers have outsized importance even without the notwithstanding clause, because they intersect with inflation, school closures, and future negotiations with a larger numbers of workers.

“There’s a perverse incentive against the government showing all of their leeway right now, because they’re not necessarily looking at this fight, which involves a smaller amount of people than some of the fights that are going to be happening.”