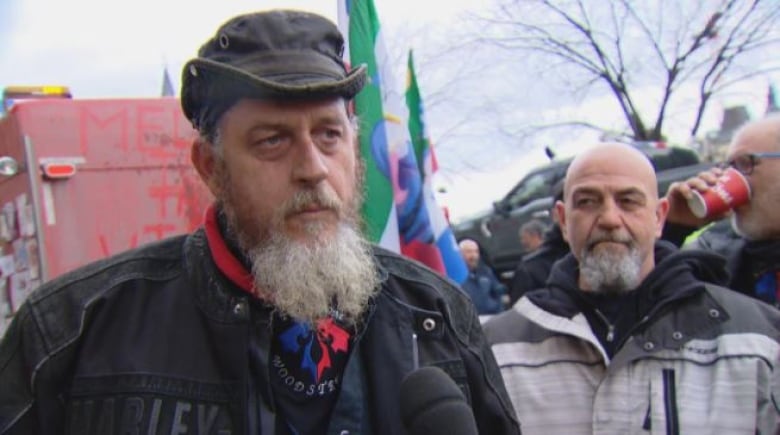 The Emergencies Act inquiry has heard from police and local politicians, but now another group is set to share their perspective — the protesters.

Chris Barber, Tamara Lich and Pat King are names many will be familiar with, but this week’s witness list also features some people who may not be as well known.

The testimony is expected to dig into areas that wouldn’t necessarily be covered during criminal trials related to the convoy. It should also provide some behind-the-scenes details from the point of view of those who occupied part of Ottawa’s downtown during the protest against COVID-19 health measures last winter.

Here’s a look at some of the 13 people with connections to the protest expected to testify over the next few days as the Public Order Emergency Commission continues.

The group starts Tuesday with Barber, a trucker from Saskatchewan with a large social media following who was a key organizer of the convoy.

Barber was charged with mischief, obstructing police, and counselling others to commit mischief and intimidation. He was released on bail and is awaiting trial next year.

Along with Barber, truck driver and organizer Brigitte Belton is also expected to testify Tuesday.

An overview of early protest activities pulled together by the public inquiry lawyers states Belton posted a video on TikTok on Nov. 16, 2021 after being stopped at the Windsor-Detroit border crossing for failing to wear a mask.

In the video she “voiced frustration” with public health measures and said “In Canada, we’re no longer free,” the document states. The overview adds Belton later connected with Barber and appeared alongside him and others on a Facebook Live meeting hosted by Pat King where routes and logistics for the convoy were discussed.

Following Belton is Steeve Charland, a man from Grenville, Que., who’s known as a spokesperson for Les Farfadaas, a Quebec group formed to protest against public health measures.

That group was formed from La Meute, regarded by experts to be a far right, anti-Islam and anti-immigration group.

Tom Marazzo is among those called to testify this week. He’s an ex-military officer whose LinkedIn profile states he served in the Canadian Forces for 25 years and now works as a freelance software developer.

That profile also lists “Freedom Convoy 2022 Volunteer” as his most recent role, from February to the present.

Marazzo is listed as a member of the steering committee for Veterans For Freedom, which describes itself online as a grassroots organization of veterans working to “restore fundamental freedoms.”

It played a part in organizing late-April protests in Ottawa.

One of the better-known names on the witness list is King.

He spent five months in jail before being granted bail in July.

King, an Alberta resident, was a leading figure in the convoy protest against COVID-19 restrictions.

Benjamin Dichter, who describes himself on social media as a spokesperson for the convoy protest, will also be questioned. He previously ran as a candidate for the Conservative Party of Canada.

James Bauder, another of the protest organizers, will testify as well. He’s responsible for creating the Canada Unity group and website that helped develop the initial convoy plan.

Also appearing will be Daniel Bulford, a former RCMP officer who was on the prime minister’s security detail. He quit after refusing to get vaccinated for COVID-19 and is the convoy’s head of security.

Lich is another well-known convoy figure and a key organizer of the protest.

She was charged along with Barber and spent time in and out of custody amid bail reviews before being released in July to await trial.

Lich has been seen observing the inquiry since it got underway.

He previously said their testimony during the inquiry is protected and can’t be used against them in court.

“Tamara Lich and Chris Barber and others who are facing criminal charges arising from the protests are safe to testify and be transparent and tell the truth,” Wilson said. “They’re obligated to answer the questions.”