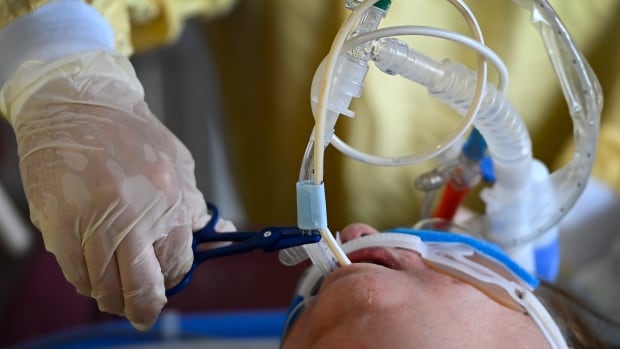 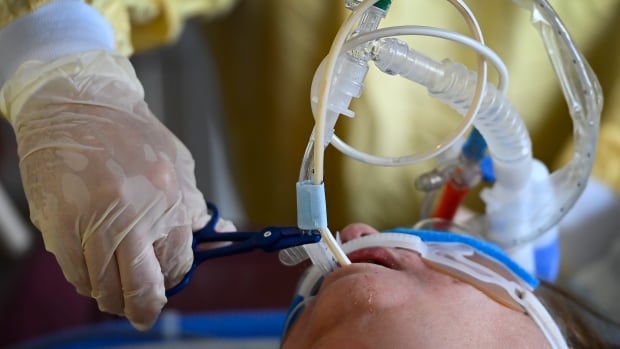 There are now 421 patients with the virus in ICUs across the province, according to Critical Care Services Ontario (CCSO), which puts together daily internal reports for hospitals and health organizations.

The previous peak of 420 came in mid-January, during the height of the second wave of the pandemic.

The latest data show that COVID-19 patients require, on average, about two weeks of critical care, according to the agency.

(You may notice ICU figures reported by CCSO often differ from those the Ministry of Health posts on its public COVID-19 dashboard. That’s because the ministry removes a patient from its count once they have stopped testing positive for the virus, even if that patient remains in critical care with complications. As such, CCSO’s count is regarded as the more accurate accounting of the situation in hospitals.)

Anthony Dale, president of the Ontario Hospital Associated, said Tuesday that COVID-19 patients in hospitals are trending younger, partly due to increased vaccinations among older people but also likely because of variants of concern circulating in the province.

Asked about rising ICU admissions and daily case counts, Premier Doug Ford said he is “extremely concerned” and cautioned Ontarians against making plans to gather over the upcoming Easter weekend.He hinted that further restrictions could be announced in coming days.

Emergency physicians and infectious disease experts have repeatedly said that the spread of variants, particularly the B117 variant first found in the United Kingdom, is dangerously outpacing the province’s immunization campaign.

Ontario’s COVID-19 science advisory table, a group of experts that advises the government on its pandemic response, projects that variants currently account for about 69 per cent of all new infections. Research from around the world has shown that variants of concern are more transmissible and can cause more severe illness than earlier iterations of the virus.

Provincial officials are set to provide a background briefing to media later today on the ongoing vaccination effort.