Ontario lockdown means these workers are out of a job — again 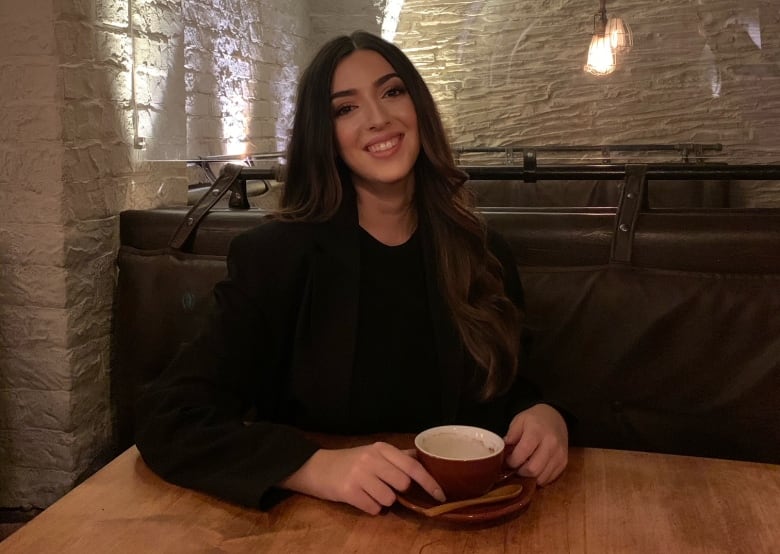 This is the fourth time Amanda Battaglia is out of work since the pandemic began.

Ontario has banned indoor dining as of Wednesday, due to a surge in COVID-19 cases, and that means no more shifts for Battaglia, a part-time office manager at a restaurant in Etobicoke, a neighbourhood in Toronto’s west end.

“I’m just feeling a bit frustrated,” she said. “I just wish [Premier Doug Ford] would have reacted ahead of time instead of reacting when it’s too late.”

It’s not that she didn’t expect it. The Omicron variant has pushed Ontario’s COVID case counts to record highs, forcing the province to scale back who gets tested, halt non-urgent medical procedures and move school online for two weeks.

Places like gyms, theatres, museums, concert venues and galleries were also told to close until at least Jan. 26.

As office manager, Battaglia has witnessed the effect of the latest wave first-hand — over the past few weeks, she has answered emails from work colleagues saying they tested positive.

Battaglia, 23, finished her undergraduate degree last June and is working to pay off her student loan. She’s planning to go to law school and needs to save up for that, too. That’s on top of things like car payments and day-to-day expenses.

“I’m kind of … between a rock and a hard place, where I have to now delegate where my money is going,” she said.

Her workplace is still deciding whether to pay staff for missed shifts this lockdown or put everybody on layoff status.

‘Just the end for us, for now’

The province hasn’t started any new initiatives for workers during this particular lockdown, but points to Employment Ontario and the Second Career program, funding tuition to help start a new job. Some workers qualify for the federal government’s Canada Worker Lockdown Benefit (CWLB), which temporarily offers $300 a week in income support.

Zara Mohammed plans to apply. A full-time student in London, she’s now out two jobs during this shutdown — one at a Thai restaurant, the other at a brewery. Between the two, she was working four or five days a week.

“It’s going to be another tough situation where I am using a lot of savings,” said the third-year commerce student at Fanshawe College. Mohammed, 20, worries about paying for future semesters.

“Those types of things are really scary to think about, because I’m supporting myself through all of this.”

She’s saving money by living at home with family, while going to school online. She, too, is frustrated with how this lockdown happened, hoping for more communication and wondering if restrictions would have been more effective before Christmas. Mohammed knows a bunch of people who got COVID over the holidays.

She questions whether some of the new restrictions even make sense.

“How come I can go to the mall, but gyms are closing?” she said, citing the gym as her “mental health outlet.”

“It really says a lot about their priorities, because if anything, I could just shop online.”

Mohammed is doing her best to stay optimistic. She’s fondly thinking about this past summer and fall, when she could hang out with friends and go to concerts.

“Now, I’m double-masking whenever I go out to the grocery store,” she said. “It really feels like the beginning all over again,” meaning March 2020.

Ontario Morning from CBC Radio4:32Hear from workers now out of a job — thanks to Ontario lockdown

Ontario is shutting down things like theatres, gyms and indoor dining as of Wednesday due to a spike in COVID-19. That means many will be out of work. Haydn Watters spoke to workers now without a job. 4:32

Rob Grady is feeling similarly. He’s been “temporarily” laid off from his job at a Cineplex movie theatre near his home in Burlington, Ont.

“People got to pay rent. People have mortgages to pay. People have to feed their kids,” he said. “It’s tough to manage through all this, especially when you’re not sure when there’s going to be any normalcy again.”

Grady, 27, went to school for theatre and will use his layoff to work on his passion, voice acting.

“I feel like such a privileged douchebag saying that, because … so many people are going through harder times,” he said. Unable to afford Toronto rent, Grady was able to move back in with his parents during the pandemic.

“Yes, it’s difficult for me. I’m not rich or anything, but there’s so many people in such worse situations, and that just sucks.”

With cinemas ordered closed for at least three weeks, Grady’s not sure when he’ll be back at work. He thinks it will be longer than what the province is suggesting.

“I hope for everyone’s sake that this isn’t as bad as it seems to be.”