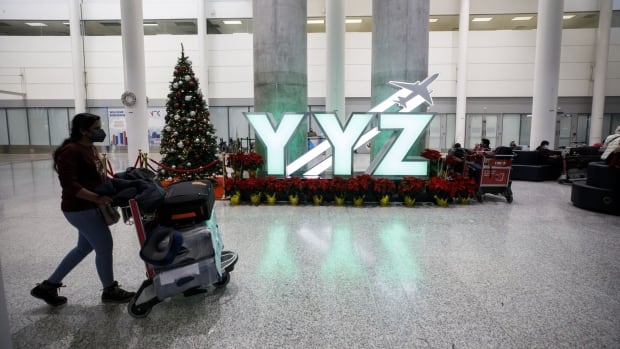 In the wake of a party on a Sunwing Airlines flight from Montreal to Cancun, Mexico, flight attendants are demanding stronger action from government and carriers to ensure health and safety on board amid the Omicron surge.

Videos of the Dec. 30 flight shared on social media appear to show passengers not wearing masks as they gather in close proximity, singing and dancing in the aisle and on seats.

Prime Minister Justin Trudeau weighed in Wednesday, saying he’s “extremely frustrated” with the actions of the travellers, some of whom appear to be Quebec social media influencers.

“It’s a slap in the face to see people putting themselves, putting their fellow citizens, putting airline workers at risk by being completely irresponsible,” he said at a news conference in Ottawa.

“I can assure you that this is a situation that Transport Canada takes extremely seriously and we are definitely following up on that.”

Wesley Lesosky, president of the Canadian Union of Public Employees (CUPE) airline division, which represents some 15,000 employees, says governments should work to speed up access to booster shots for flight crews and that airlines should scale back service in the aisles to limit flight attendants’ exposure to the virus.

Rena Kisfalvi, who heads the local union representing about 1,000 Sunwing flight attendants, says Sunwing is the only major Canadian airline that does not offer rapid tests to cabin crews, a measure she believes should be mandatory.

Half have called in sick since December

Up to 50 per cent of her colleagues have had to call in sick over the past month due to potential COVID-19 symptoms, Kisfalvi said.

Transport Minister Omar Alghabra and three other cabinet members said in a statement Tuesday that officials will launch an investigation into the Sunwing incident and that non-compliance with regulations can result in fines of up to $5,000.

Sunwing said its security department probed the Dec. 30 trip and the company reported it to Transport Canada.

“The health and safety of our employees and passengers is our top priority at Sunwing Airlines,” the company said in an email.

Kisfalvi called the passengers’ behaviour “unacceptable” and expressed sympathy for the crew on the Cancun flight.

“There’s a point where if you lose the control, you can’t get it back sometimes,” she said in a phone interview Tuesday.

Compliance with mask rules has been a “massive issue” over the past year that has “caused a tremendous amount of aggressive behaviour” from passengers toward cabin crews, she said.

“I’m not sure where Transport Canada is on this. Why haven’t you done more?” Kisfalvi asked, at around the same time Alghabra put out a Twitter post saying he had asked Transport Canada to investigate the Sunwing matter.