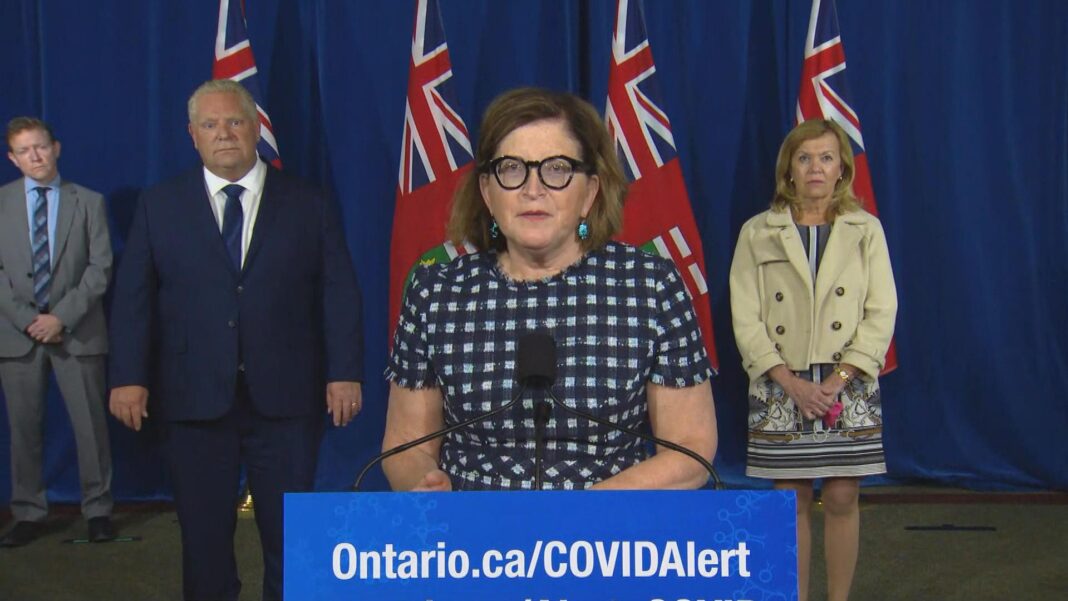 A new daily increase in COVID-19 patients admitted into critical care this week is a spike not seen in Ontario since June, according to new data obtained by CBC News.

That rise follows weeks of publicly reported provincial numbers showing a growing number of Ontarians are hospitalized with the viral disease — prompting alarm among clinicians at several already-overflowing hospital sites about another influx of patients.

“My hospital’s in surge today. There are more patients who need beds than there are beds available,” said Dr. Michael Warner, medical director of critical care at Michael Garron Hospital in Toronto, in an interview on Thursday.

“And that’s on a day where there isn’t any influenza in the hospital, and our hospital has relatively low numbers of COVID patients.”

On Thursday, the province recorded a record high of nearly 800 new cases. Not only will more of those patients needing treatment as the weeks pass, but hospitals are facing the added pressure of rescheduled surgeries put off during the pandemic’s first wave.

Warner raised a question: “If hospitals aren’t able to accommodate patients on a regular day, what will happen if we see a minor uptake in COVID patients?” 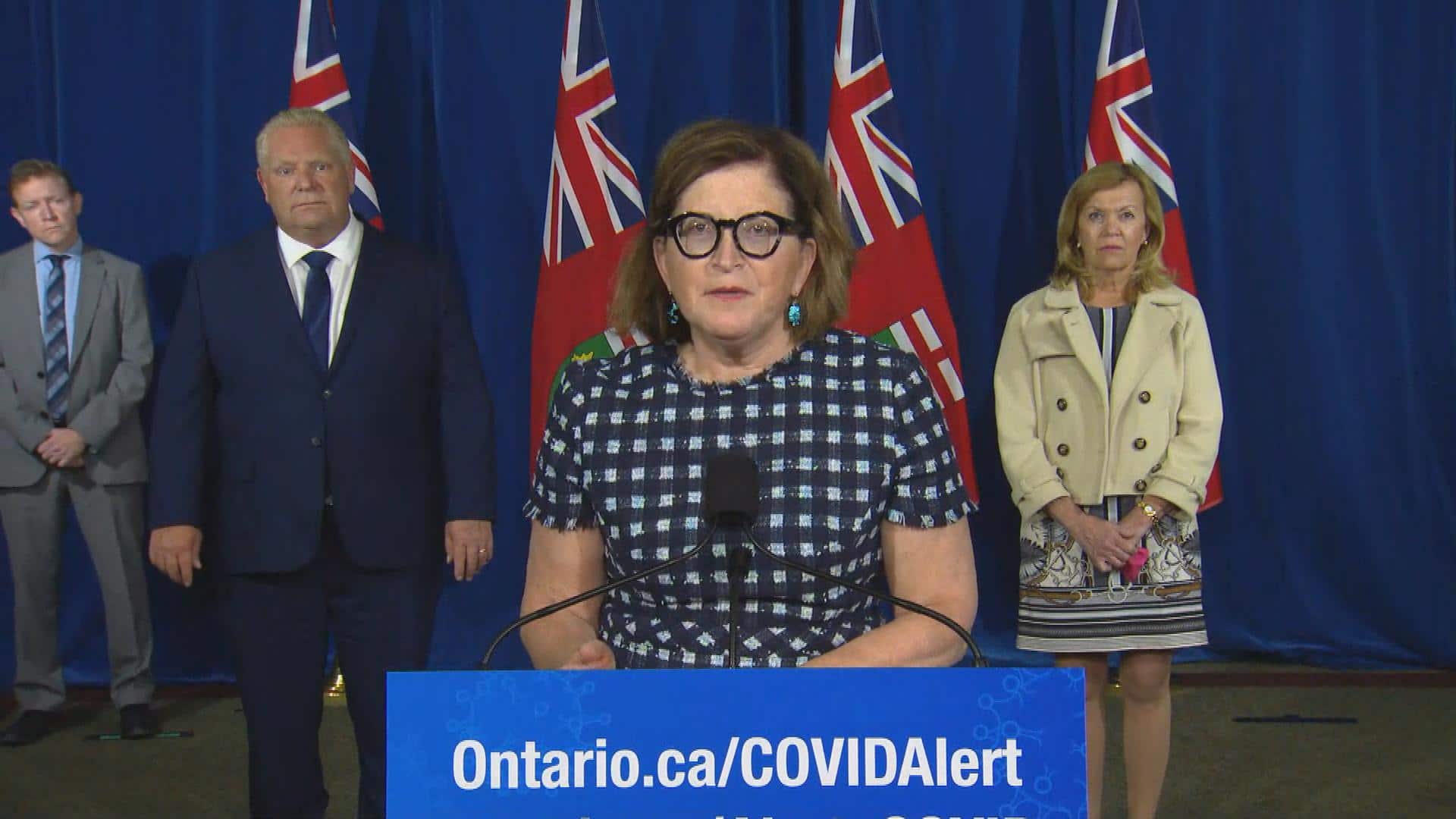 Ontario residents are recommended to limit this year’s Thanksgiving celebrations to their own households, except in cases of single dwellers who may join another household, says Dr. Barbara Yaffe, Ontario’s associate chief medical officer of health. 0:58

The latest available one-day tally for Ontario intensive care units (ICUs) showed eight new patients across the province by end-of-day Wednesday. That’s a high Ontario’s hospitals haven’t hit since June 4, though it’s still below the mostly double-digit daily ICU admissions during the first wave of cases from the end of March to early May.

Those figures come from a Thursday morning report prepared by Critical Care Services Ontario (CCSO), which is distributed daily to critical care stakeholders and shows the most up-to-date numbers provided directly by intensive care units across the province.

The CCSO data obtained by CBC News also shows critical care bed occupancy rates in multiple regions of Ontario, including areas throughout the West, Central, and East, are all more at than 80 per cent.

In the Toronto region, ICU units are now roughly 87 per cent full, according to the data.

Hospitals ramped up capacity in the early months of the pandemic, securing more equipment and supplies and cancelling thousands of elective surgeries, which helped the system handle the COVID-19 cases that followed.

But in recent weeks, with cases rising to new heights and most hospital beds already full, the playing field is different.

Brampton Civic Hospital — known for having one of the busiest emergency departments in the province — has been in “extreme code gridlock” multiple times in recent weeks, meaning more patients need to be admitted beyond the number of available beds, according to Dr. Brooks Fallis, division head and medical director of critical care at William Osler Health System, a hospital network in Peel region.

Many of those are people showing up with respiratory symptoms, Fallis said.

But given the challenges accessing COVID-19 testing, he said most don’t have results before coming to the hospital. That leaves staff scrambling to isolate them without knowing what’s causing their symptoms.

“Now, you’ve got people backing up into the emergency department and hallway medicine getting worse,” Fallis said. “And that becomes very, very problematic in a pandemic situation.”

Infectious disease specialist Dr. Andrew Morris, medical director of the antimicrobial stewardship program at the Sinai Health System and the University Health Network in Toronto, also warned staff absenteeism could also be a challenge in the months ahead.

More health-care workers may be staying home while waiting for test results, he explained, or while caring for school-aged children exhibiting potential COVID-19 symptoms.

“All my colleagues in acute care facilities in Toronto, in the GTA, are feeling this pressure,” Morris continued.

“We have bed situations already that we would normally see later in respiratory virus season. I think that’s a really big deal.”

The CCSO data shows of the 1,670 people currently in ICUs, 52 have tested positive for COVID-19 — a slightly higher number than Ontario’s latest publicly reported figure of 47.

Another 361 patients are deemed as under investigation for COVID-19, but haven’t tested positive, the CCSO’s Thursday report notes. That means some of those could later be added to the COVID-19 patient tally.

“It seems like things are likely to take off and get significantly worse in the coming weeks or months. It takes time for that explosion to occur,” Fallis said.

On Thursday, Ontario’s chief medical officer of health Dr. David Williams acknowledged the province’s hospital system is “starting to get impacted” by rising cases of COVID-19.

“In the first wave, we didn’t have a backlog of surgery cases,” he said. “We do now.”

But the province’s top doctor didn’t reveal what measures, if any, he’s recommending the province take to tackle the strain on hospitals. He only noted discussions are happening among provincial officials, with details coming “when the time is right.”

In a statement, Ontario’s health ministry noted investments are being made to boost hospital capacity by shifting up to 850 alternate level of care patients into community settings. Other measures were recently put in place to help limit the spread of COVID-19, including reduced indoor capacity limits at restaurants, bars, gyms and banquet halls, according to the statement.

Williams made it clear he hopes to avoid another lockdown, and Warner — as a concerned critical care specialist —acknowledged the crucial need to maintain the livelihoods of business owners while introducing public health measures.

“But many of those small, medium-sized business owners were the people that we intubated in the ICU,” he said, speaking of the first wave of cases.

“And these were not people who worked in office buildings, or lived in single-family homes. These were hairdressers, restaurant workers, taxi drivers — the same people whose livelihoods (the province is) trying to protect come from the same communities that are hit hardest with COVID-19.”

With calls growing for rapid intervention from physicians, including Toronto public health officials asking for month-long closures of hot spots like indoor dining and gyms, Warner said it’s crucial to implement changes quickly for the sake of the hospital system.