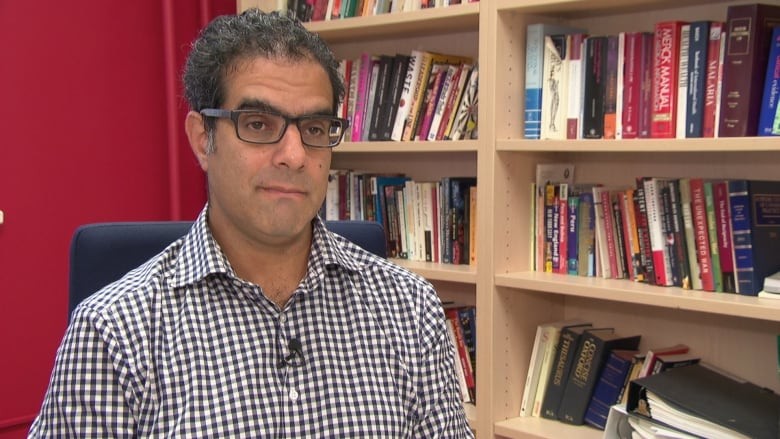 The first known cases in Canada of the U.K. variant of the coronavirus were discovered only by fluke, and the couple who fell ill are now facing public-health charges, CBC News has learned.

The woman and man, from Durham Region east of Toronto, had contact with a traveller from the U.K. prior to falling ill, the provincial Health Ministry said last month.

But the ministry also indicated the man and woman initially withheld that information.

“Additional investigation and follow-up case and contact management has revealed that the couple had indeed been in contact with a recent traveller from the U.K., which is new information not provided in earlier interviews,” the ministry said in a Dec. 27 statement, one day after it said the couple had had “no known travel history, exposure or high-risk contacts.”

The Durham Region Health Department confirmed to CBC News that both are facing charges, but would not comment further on the case, citing that the matter is before the courts. The couple has not been named publicly.

It is not clear what the exact charges might be, or whether others might also be charged. Officials said the couple has been served a notice to appear in court in early March. It is believed the charges are under the Health Protection and Promotion Act, a provincial law that gives regional medical officers of health broad power to impose restrictions or conditions to control epidemics.

It was only by accident that the coronavirus variant, first reported in the U.K. in December and known as B117, was found in the couple, according to Public Health Ontario.

Currently, if someone tests positive for the more common coronavirus in Ontario, their sample is assessed for the B117 strain in only a few circumstances. According to Public Health Ontario, those include if the person recently travelled outside Canada or have been in contact with someone who did.

But in the case of the Durham couple, Public Health Ontario says their swabs just happened to be processed at a private-sector lab using a test that can also serve as a screen for the B117 strain.

“The test results flagged with the possible variant,” the agency said in an email. “The initial flag by the community lab about the two Durham samples was coincidental, in that they were not purposefully searching for the variant.”

Further genetic sequencing at a Public Health Ontario laboratory confirmed it was the new strain, which scientists consider to be much more contagious but not more virulent.

The B1-17 coronavirus variant, first discovered in the U.K., is now in at least 40 countries, including Canada. It has 23 mutations, including one that attaches to healthy cells like a key going into a lock. 1:56

CBC News canvassed other provincial public health authorities about their efforts to detect the new strain. Only Saskatchewan said that all its current COVID-19 testing will detect the variant. Most provinces said that, like Ontario, they send positive test samples for further scrutiny if the context warrants.

Amir Attaran, a University of Ottawa professor of law and public health, says it was inevitable the coronavirus variant would find its way into Canada.

“We have pleasure travelers going back and forth, as we’ve so recently found out among politicians. This is incompatible with keeping new and dangerous strains out of the country,” Attaran said.

“The problem is that airplanes are always going to be faster than science, and so by the time scientists discover a new dangerous strain and warn about it, the airplanes have crisscrossed in and out of Canada countless times.”

Because millions of people have continued to legally enter the country during the pandemic, the couple are likely not the first people in Canada to actually have the B117 variant, but they were the first to be publicly announced.

The Durham health department wouldn’t say whether co-workers of the couple have been alerted. It said it does “thorough” contact screening but also said it doesn’t share private health information with employers.

Have a tip to share on this story? Contact Zach Dubinsky at 416-205-7553 or zach.dubinsky@cbc.ca, or send us a secure, anonymous message through SecureDrop.