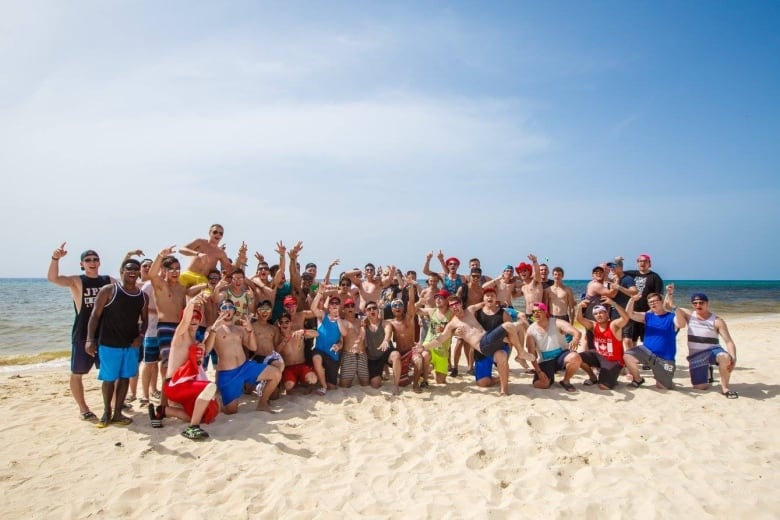 More than four years after the launch of a class action lawsuit against a company that ran student travel excursions, an Ontario court has approved a settlement between the organization and former trip leaders who argued they were not paid as employees.

The suit alleged trip leaders with travel firm S-Trip were classified as volunteers while leading student trips, but in reality were doing the work of employees.

The firm’s Toronto-based parent company — I Love Travel — has now agreed to a $450,000 settlement and to reclassify staff on future trips as employees rather than volunteers.

“I was very relieved, very happy for it … just knowing that something can be changed that is going to impact others and not just myself,” said D’Andra Montaque, the lead plaintiff on the case who led a student trip to Cuba in 2017.

The settlement was approved by an Ontario Superior Court judge on June 27, 2022, according to court documents.

The case is a victory for Montaque and other former trip leaders who are now eligible to be compensated for the work they did. As the first class action litigation of its kind in Canada, the case has the potential to impact employment law moving forward, the judge who presided over the litigation said.

Some experts say we can expect to hear more cases like this and the settlement is a sign that the courts are adapting to the new realities of some workplaces.

‘It takes a lot of courage’

The class action suit followed a 2017 CBC Toronto investigative story about the company’s labour practices that detailed how college-age students and recent graduates were explicitly told to expect 14-hour workdays, yet signed a contract that designated them a volunteer.

Montaque told CBC Toronto in 2018 her only payment for more than a week of work was an honorarium of $150; more than half was used to pay for her S-Trip uniform.

“I knew that I wasn’t alone in my experience, and I wanted to see if I could do something that would help others feel like they can also take that step forward in similar situations that may arise,” Montaque said this week.

According to Montaque’s lawyer, Joshua Mandryk with Goldblatt Partners LLP in Toronto, there are 1,170 class members on record. A notice will go out to them; anyone who led a trip between June 3, 2014, and Oct. 23, 2020, will be eligible to file a claim for compensation.

The amount of money trip leaders will be entitled to depends on a number of factors, including how many former staff put in a claim for compensation and how many trips they took. Mandryk said it’s estimated that the compensation should cover the equivalent of eight hours of work a day for each trip a claimant took.

As a labour lawyer, Mandryk said he handles many of these types of cases, but what stands out about this one is that the company actually agreed to change its policies.

“I thought it was really significant and a really positive development to be able to get a class action settlement that actually results in people being reclassified on a go forward basis.”

Mandryk believes the case will send a message to workers and employers that there is recourse for employment misclassifications. He acknowledged it’s not always easy for workers to push back.

“It takes a lot of courage. And that’s especially the case like in D’Andra’s situation, where she was a young worker, she was just starting her career off just finishing school when this class action was launched in 2018,” said Mandryk.

“To come forward in those circumstances and to achieve what she was able to achieve — we’re just tremendously proud of what’s happened here.”

CBC News reached out to I Love Travel for comment on the settlement but did not receive a response.

In the settlement approval, the Ontario Superior Court judge noted the case was a “novel one” and the result was “somewhat groundbreaking.”

“This is the first volunteer misclassification class action in Canada, and will have a significant impact on employment law going forward,” wrote Justice Edward Morgan.

The executive director of the Workers’ Action Centre told CBC Toronto it welcomes the settlement decision.

“I think what’s really important for people to remember is that you cannot sign away your rights,” said Deena Ladd.

Ladd said they’re hearing about more and more worker misclassification cases — in particular, cases around workers being classified as independent contractors rather than employees.

“Employers are trying to shed their responsibility to be an employer,” said Ladd.

Sunira Chaudhri, a partner at the employment law firm Workly who was not involved in the litigation, believes the settlement sends a clear message.

“This is a warning. This is a shot being made at employers that are trying to engage or take advantage of this vehicle of hiring interns or volunteers at no pay,” said Chaudhri.

The lawyer called the decision “a breath of fresh air”  because you don’t often see cases like these involving volunteers and young people challenging their employer.

“This might be the future of where employment law is going in some respects … because employment is beginning to look a lot different these days. Whether you are an intern, whether you’re a gig worker, work is work,” said Chaudhri.

“And the legal system is clearly catching up with how to provide remedies to workers who may not be in traditional employment relationships.”