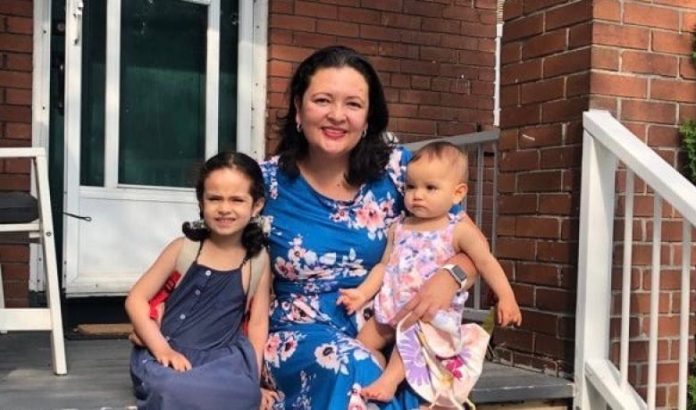 Bibian Aguirre was elated to learn earlier this year that Ontario had signed a deal with Ottawa to join a national child-care program intending to bring fees down to an average of $10 per day by 2025.

But as the deadline for child-care centres to join the program approaches, the mother of two has learned her daycare may not take part.

Her worries will likely be shared by many other Toronto parents: about 660 of the province’s 1,042 licensed daycare centres have not yet opted into the Canada-wide Early Learning and Child Care program initiated by the federal government.

The deadline to do so this year is Sept. 1.

Right now, Aguirre’s four-year-old daughter attends a licensed, for-profit centre in Toronto’s Mount Pleasant neighbourhood, and she had planned to enrol her younger daughter there in January.

“[Child care] can be 40 per cent of our income,” Aguirre told CBC News. “Having a huge expense like daycare fees going down, it would be life-changing for me and I’m sure for many families.”

The six-year, $13.2-billion federal-provincial deal announced in March promised Ontario parents a rebate for 25 per cent of their fees for this year retroactive to April 1, and a further reduction of 25 per cent starting next year.

But Aguirre is now concerned she’ll miss out on the rebate and the benefits of lower fees in the future; her daycare has yet to opt in to the new program, citing a lack of information necessary to make an informed decision.

“This is a ticking bomb,” Aguirre said. “My concern [is] that the deadline is going to come and things won’t happen for the daycares and for families.”

As of Wednesday, 45 per cent of Toronto’s 729 licensed, non-profit child-care providers have opted in to the program, but only 17 per cent of the 313 licensed, for-profit operators have done so. Sixteen centres, both non- and for-profit, have opted out.

More than 80 per cent of child-care operators in Ontario are able to join today, although some have only recently opened applications for the program.

Many owners of for-profit centres say they are wary of joining the program because of uncertainty around how it will affect their bottom line. Another common concern raised by those interviewed was that the program provides governments with too much power to dictate how the daycares can operate.

Maggie Moser, director of the Ontario Association for Independent Childcare Centres, said her organization represents about 200 licensed, for-profit centres in Toronto — almost none of which have opted in just six weeks ahead of the deadline.

“Anything that we’ve seen in writing shows us that there will not be benefit and there will probably be harm,” said Moser, who is also executive director of Blossoming Minds Learning Centre on The Danforth.

“You really can’t ask people to do that with their business.”

The terms of the funding deal are laid out in the agreement and a 74-page provincial addendum of broad guidelines on how it should be implemented. Municipalities are responsible for enrolling centres into the new system, developing specific rules and distributing the cash to parents.

Municipalities are expected to determine “a reasonable profit level” for the for-profit providers, according to the province’s addendum. In it, the province notes that a “reasonable” profit surplus should be in line with the surplus non-profits see each year.

Moser said it’s unclear from the current wording whether for-profit centres will be able to cover all of their costs once they lose revenue from reducing parent fees, as key expenses such as loan and mortgage payments and property taxes aren’t covered by the deal.

She also said the current wording gives too much power to municipal bureaucrats to determine what kind of expenses are “reasonable” — and therefore eligible for reimbursement.

“They’re not funding us, they’re defunding us,” she said. “They’re expecting centre owners to fund the refunds if they’re not replacing that income.”

In a statement, a spokesperson for provincial Education Minister Stephen Lecce said the Ontario government fought hard during negotiations with Ottawa to preserve parental choice and achieve a longer period of guaranteed funding.

(Ontario was the last of the provinces and territories to sign on, and its deal spans six years rather than the standard five).

“We have met with many for-profit operators and have fought for them every step of the way, and will continue to advocate for them to the federal and municipal governments, so that all parents can benefit from these savings,” spokesperson Grace Lee wrote in an email.

“We continue to work closely with municipalities, who are responsible for administering the program, so that we get money into the pockets of parents as quickly as possible.”

Because if a large chunk of providers opt out, many parents will be without access to affordable, publicly funded spaces at a reduced rate.

Shanley McNamee, general manager of children’s services at the City of Toronto, said there will be growing pains as the child-care sector transitions from a market-driven to a publicly funded system.

The city has held a number of engagement sessions and continues to answer questions from child-care operators, McNamee said, adding that creating rules around how the money is spent is critical to ensure accountability.

McNamee also acknowledged uncertainty around the future, as the province is still developing a funding model for 2023 and beyond in consultation with the sector, which aims to cover the “major cost components” of running a child-care program.

But she argued the terms for 2022 are clear — operators that opt in will receive funding to fully reimburse parents for 25 per cent of their fees from April to December.

“The priority right now is really to ensure that families that are entitled to a rebate get some financial relief as soon as possible,” she said. “If they choose in later years to opt out or they’re not satisfied with the terms and conditions, then they obviously have the option to do so.”

Aguirre, the mother of two, said she hopes the municipal and provincial governments are able to allay her daycare’s concerns so she doesn’t have to search for a cheaper alternative for her daughters.

“It’s a shame because we already know that the federal government has already passed on the money to the provinces, so it just needs to trickle down to the families,” said Aguirre.

“The daycare is an important member of our community. It would be devastating to say goodbye.”