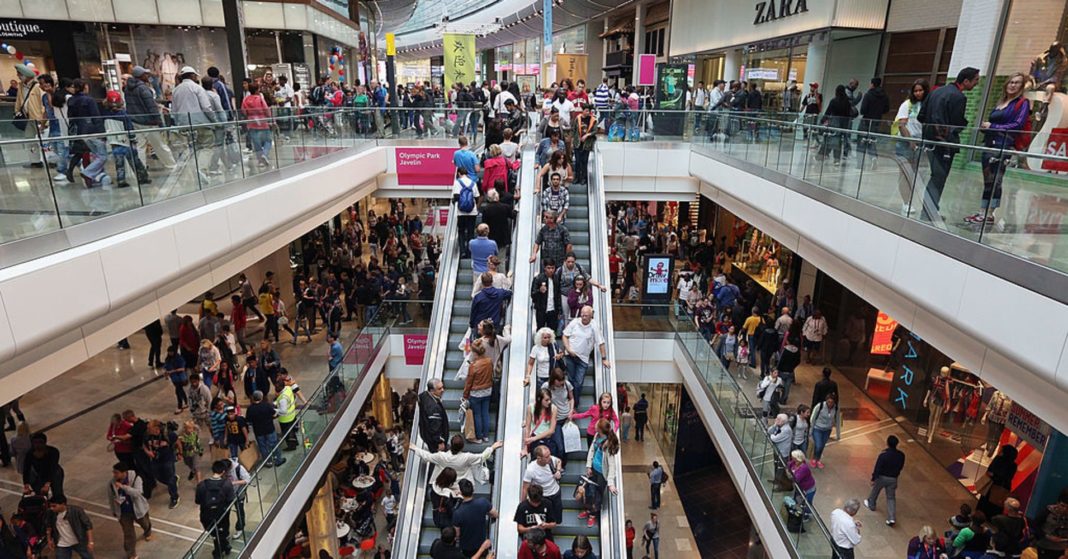 One of the biggest mall owners in the U.S. has come up with a way to fill empty storefronts, and it’s offering young brands plenty of perks to move in.

Macerich this weekend is launching a concept known as “BrandBox” at Tysons Corner Center just outside Washington, D.C., one of the most valuable shopping malls in the U.S. There, it will house six brands, including apparel retailer Naadam and makeup company Winky Lux, to start, for a period of six to 12 months. Each brand will have its own mini store inside a roughly 11,000-square-foot space, with new retailers funneling in and out each year. The mall owner says it will provide fixtures like shelving, data on foot traffic, RFID tagging for inventory, marketing and even help finding staffing — the retailers simply need to show up and pay rent.

The rollout of BrandBox comes as more than 140 million square feet of retail space has been shuttered across the U.S. in malls and shopping centers already this year, according to real estate research group CoStar. That’s easily more than the 105 million square feet of space that closed in 2017. Closures by Sears and Toys R Us are leaving a blank canvas at many malls for new uses like these so-called pint-sized and modern-day department stores.

Macerich plans to take BrandBox to its malls in Santa Monica, California, Philadelphia and Scottsdale, Arizona, next.

The idea could eventually end up, in some form or fashion, at all of its malls across the U.S. It also says it envisions adding multiple BrandBox locations inside some shopping centers, where there’s more demand for shopping smaller retailers over department stores.

“I think what we’re learning as an industry is that we need to have modular space that can be reconfigured,” Macerich Chief Digital Officer Kevin McKenzie told CNBC. The physical walls within each BrandBox will be movable, he said. Sometimes two companies might fill the space, sometimes seven.

DKNY, an already established fashion brand, will also be inside BrandBox at Tysons Corner Center at launch to test a new concept. McKenzie said the space can be a way for even traditional retailers to try out a new market before investing in establishing a permanent presence there.

The space also can help retailers born online come to life. This is a key goal, according to McKenzie, who said it is not only about how to fill empty space at the mall left behind from Claire’s, Gap and others closing stores.

“These companies don’t have the real estate groups like Lululemon has, Tesla has or Apple has,” he said. “Traditionally you get a broker, a store designer and a lawyer. You figure out what technology you want to put in. There’s a lot of things that can go wrong that these companies can’t afford.”

Brands are appreciative of the real estate and the perks.

“We view BrandBox as a safe environment to test our brand in a mall environment,” said Matt Scanlan, the co-founder and CEO of Naadam, which will be in Tysons Corner Center. The technology Macerich is offering is a “major perk,” he said. “They have set us up with retail technologies and subscription software that are normally inefficient to install for a pop-up but can be transformative in terms of learnings.”

In addition to what Macerich is doing, there are plenty other examples of this trend popping up across the country.

A concept called “The Gathering Shops” opened earlier this month at Westfield Garden State Plaza in New Jersey, the largest mall in the state. There, it houses about 15 brands — many of them local to the area and just starting to raise awareness — within a 4,800-square-foot space at the mall. Similar to Macerich, The Gathering Shops is offering point-of-sale systems, staff, security and marketing to the tenants in the space, which are expected to rotate every few months.

A company called Fourpost just opened spaces for brands at Mall of America in Minnesota and West Edmonton Mall in Alberta, Canada — both of which are run by Triple Five Group.

Fourpost founder Mark Ghermezian said he plans to roll out a handful of additional locations in 2019. Similar to The Gathering Shops, Fourpost will offer its tenants fixtures, Wi-Fi and point-of-sale hardware to make the move from the web to bricks-and-mortar retail as painless as possible. Fourpost’s investors include Warby Parker co-founder Dave Gilboa and Parachute founder Ariel Kaye, putting the concept in good hands with already well-established e-commerce brands.

“This is disrupting the department store model,” Ghermezian said. “I want it to be like you are walking through story by story, getting that individual experience on a per-brand basis.”

Another company that bills itself as “a new type of department store” — Neighborhood Goods — opens in a shopping center in Plano, Texas this month. At launch, the space will include born-online sneaker brand Stadium Goods, Walmart’s new bedding brand Allswell and men’s wellness brand Hims.

“We want to encourage these brands to be playful, somewhere they haven’t opened yet, where they don’t have so many pressures on the economics side,” Neighborhood Goods founder Matt Alexander said.

Macerich is uniquely the first major mall operator to announce plans to roll out a concept like this at a large scale, and one that’s been incubated from within the company. Rival Simon has been testing a rotating pop-up exhibit called “The Edit” at Roosevelt Field mall in New York, but has yet to open other locations.