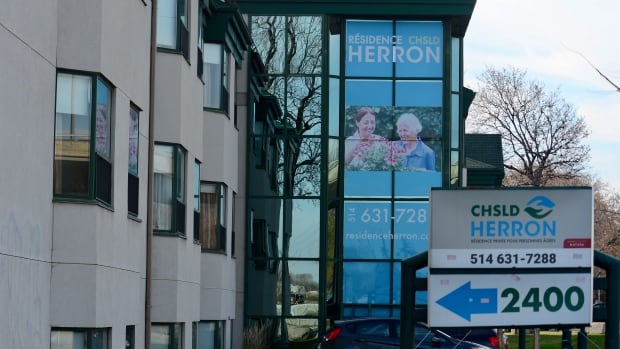 The owners of CHSLD Herron, one of the province’s hardest-hit long-term care homes during the first wave of the pandemic, won’t face criminal charges.

In a statement Thursday, Quebec’s Director of Criminal and Penal Prosecutions said it found there was insufficient evidence to lay charges against Katasa Group after reviewing findings by police and expert testimony from medical specialists.

“This decision in no way trivializes the tragic events that occurred at CHLSD Herron, nor does it mean any fault of civic or ethical nature could not have been committed,” the statement said.

During the first wave, dozens of residents at the CHSLD in Dorval, in Montreal’s West Island, were found dead within a few weeks.

The local health authority, the West Island CIUSSS, took over management of the home on March 29, after its administration asked for help due to dire staff shortages.

There were three employees caring for 133 residents and the home was filled with a “nauseating odour of urine and feces” and unwashed dishes, according to an earlier report.

The report found that if management at the private seniors’ home had understood its responsibilities and used the resources at its disposal, “it is reasonable to conclude that the Grim Reaper would not have been as devastating.”

In all, between March 26 and April 16, at least 38 deaths at Herron were confirmed by the coroner’s office. During a particularly dark period from April 5 to 10, 23 people died.

Patrizia Di Biase’s mother was a resident at Herron in the spring of 2020, and managed to survive. Di Biase said Thursday she is disappointed by the prosecution’s decision.

Her mother will get a portion of a $5.5-million settlement reached in May, but she said the “money does not replace the suffering that everybody went through.”

In February, public hearings into what transpired at the long-term care home were delayed until the DCPC made a decision about whether to lay criminal charges.

The hearings are now scheduled to take place in September.