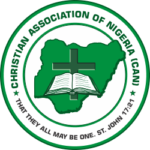 Rev. John Ayo-Oladapo, the CAN Chairman in the state,  told the News Agency of Nigeria  (NAN) in Okitipupa  that religious tolerance was a key factor in  fostering  development and nation building.

He said that intolerance would only cause chaos and retrogression politically, economically and socially in the country.

According to him, Nigeria has many religions and no one should be forced to practise any in order not to threaten the corporate existence of the country.

He urged the new executives to be diligent in preaching the gospel of Jesus Christ while living in peace with one another.

Primate Elisha Akinsulere, the new CAN Chairman, while speaking with NAN, thanked God and the Christian community for the opportunity to serve a second term.

He also thanked the state chapter of CAN for the assistance rendered to him during his first term in office and promised to work harder to move the association forward.