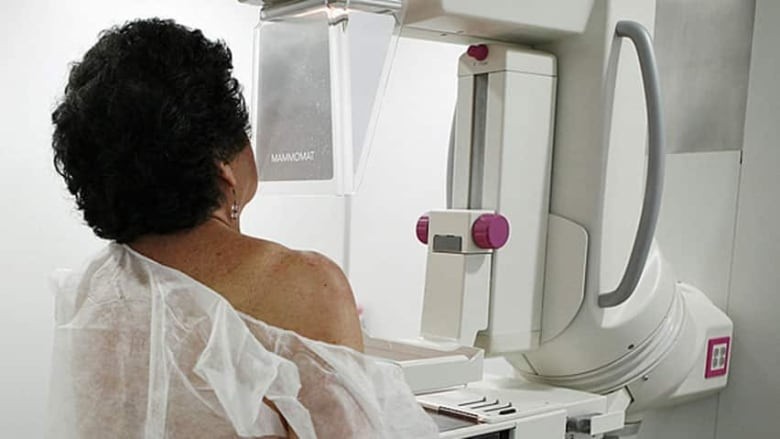 In the months since the pandemic hit, many parts of normal life have come to a stop.

But while so much has been on hold or locked down to keep people safe and the health-care system functioning, oncologists fear that pause has contributed to another potential crisis.

“What we’re worried about, of course, is that there may be a tsunami of cancer out there that’s going to suddenly show up,” said Dr. Keith Stewart, director of the Princess Margaret Cancer Centre in Toronto.

Cancer specialists are worried about the significant drop in the number of cancer screening, referrals and diagnoses in Canada since the pandemic began in March.

It doesn’t mean that cancer rates are dropping — experts say it means that cases are being missed and people aren’t getting the treatment they need.

During the first wave of the pandemic — from March 15 to May 31 — there was a significant decrease in screening for three major cancers in Ontario compared to the same period in 2019, according to Ontario Health:

Alberta Health says the number of Albertans diagnosed with cancer decreased by 23 per cent for the period of March to September 2020 as compared to the same period in 2019.

In British Columbia, all screening and diagnostics such as imaging and biopsies were shut down from March to June, according to the chief medical officer at B.C. Cancer.

There was a decrease of about 25 per cent in cancer diagnoses, said Dr. Kim Chi, both in cancers it would normally screen for, such as breast, colorectal and cervical, but also cancers it doesn’t routinely screen for, because people weren’t necessarily accessing the health care system.

As It Happens6:37Backlog in screenings causes influx of patients with advanced cancers, says Ontario doctor

Dr. Jonathan Irish says the backlog of elective medical procedures caused by the COVID-19 pandemic has contributed to an increase of patients putting off going to hospital until their conditions have worsened — including advanced cases of cancer. 6:37

This drop in diagnoses means there are people out there walking around in B.C. who have cancer but don’t know it, says Chi.

With less screening, there are fewer early diagnoses so people are presenting with more advanced cancers that are harder to treat successfully.

“The options for treatment are fewer, and the outcomes tend to be worse,” said Stuart Edmonds, executive vice-president of mission at the Canadian Cancer Society.

For Stewart at Princess Margaret, one cancer stands out.

“Breast cancer would be the most obvious one where we’ve seen a decline of somewhere between 20 and 30 per cent of new diagnoses and new referrals,” he said.

According to a recent editorial in the British Medical Journal, the delays in diagnoses will have tragic outcomes.

Citing a British study, it said that for four common types of cancer — breast, bowel, lung and esophageal — delays in diagnosis due to the COVID-19 pandemic would result in approximately 3,500 avoidable cancer deaths in England.

(Those figures do not consider the impact of delays in initiation of treatment or changes in treatment schedules.)

Doctors worry similar impacts could be felt in Canada.

“During the initial days of the pandemic, when everything went into lockdown, we stopped operating on non-urgent cases and we gave some patients chemotherapy instead of surgery,” while they waited for a delayed operation, said Stewart.

Mandy Lancaster was one of those patients. The London, Ont., mother of three was initially told she did not have cancer following a screening in August 2019. But during a follow-up six months later, she was told that she did in fact have breast cancer. The decision was to do a radical mastectomy.

Her surgery was scheduled for April, at the height of the first wave of the pandemic in Canada.

The week before, she was told her surgery would happen — but that with reduced resources and capacity, they could only do a single mastectomy at the time, and that she would have to return at a later date for the second one.

“I just kept begging the surgeons like, when can I have my surgery?” said Lancaster.

“I was kind of left in a bad way physically, which left me in a bad way mentally. And it was just so hard.” She finally had her second surgery in October.

“It’s worrying that cancer patients could be collateral damage from COVID,” he said, “but obviously safety of patients and all patients was what was really paramount when decisions were being made earlier on.”

Patients in Canada who were deemed urgent — even during the lockdown — did, for the most part, receive immediate treatment.

But the delays for others have all led to another issue: backlogs.

There were 38 per cent fewer cancer surgeries performed in Ontario in April of this year, compared to April 2019, according to a study published in the Canadian Medical Association Journal.

At Princess Margaret in Toronto, screening levels are back at about 60 per cent, due to distancing and the need to stagger patient appointments.

In B.C., screening capacity is back up to about 85 per cent — but Chi believes about 10 per cent of cancers are still going undiagnosed.

“We estimate this to be around 650 people in B.C. that normally would have been diagnosed with cancer in this part of the year … compared to last year,” he said.

The Canadian Cancer Society is urging health ministers not to impose full shutdowns on screenings and diagnostics again during this second wave that would further delay treatments.

And all of the doctors are urging patients to see their doctors or seek out testing if they have any symptoms they’re worried about.

“Although we are dealing with the COVID situation now, cancer doesn’t stop,” said Chi. “So the message is, yes, go ahead and get the screening done. The services are up and running and they’re safe to access.”

It’s a message echoed by Stewart.

“We’re worried that there are patients out there with potentially curable cancers who are not being detected early.”