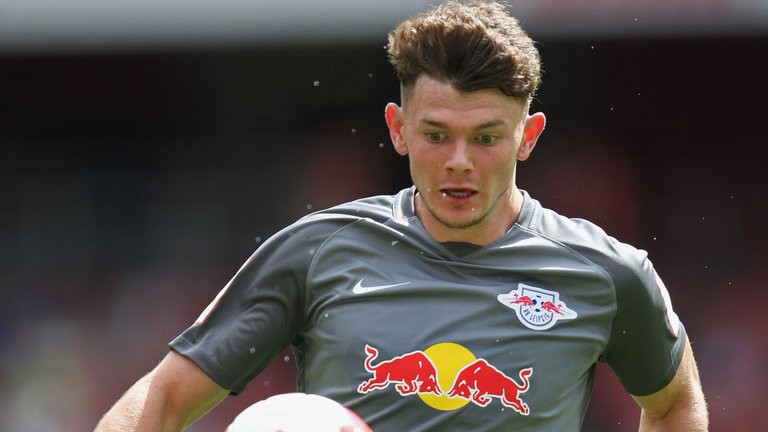 Burke, 20, became the most expensive Scottish player ever when he joined Bundesliga side Leipzig for a fee of about £13m in August 2016.

He made 25 league appearances last term and helped Leipzig qualify for the 2017-18 Champions League group stage.

“I feel like it is a time for me to play more games,” said Burke.

“I want to impress and I want my name to be first on the teamsheet.”

Burke could make his West Brom debut on Sunday at home to Stoke (13:30 BST).

He is West Brom’s fourth major signing of the summer.

The Baggies have also signed China striker Yuning Zhang, 20, who has started a two-year loan in Germany with Werder Bremen.

West Brom have won their first two games of the Premier League season – both 1-0 against Bournemouth and Burnley.