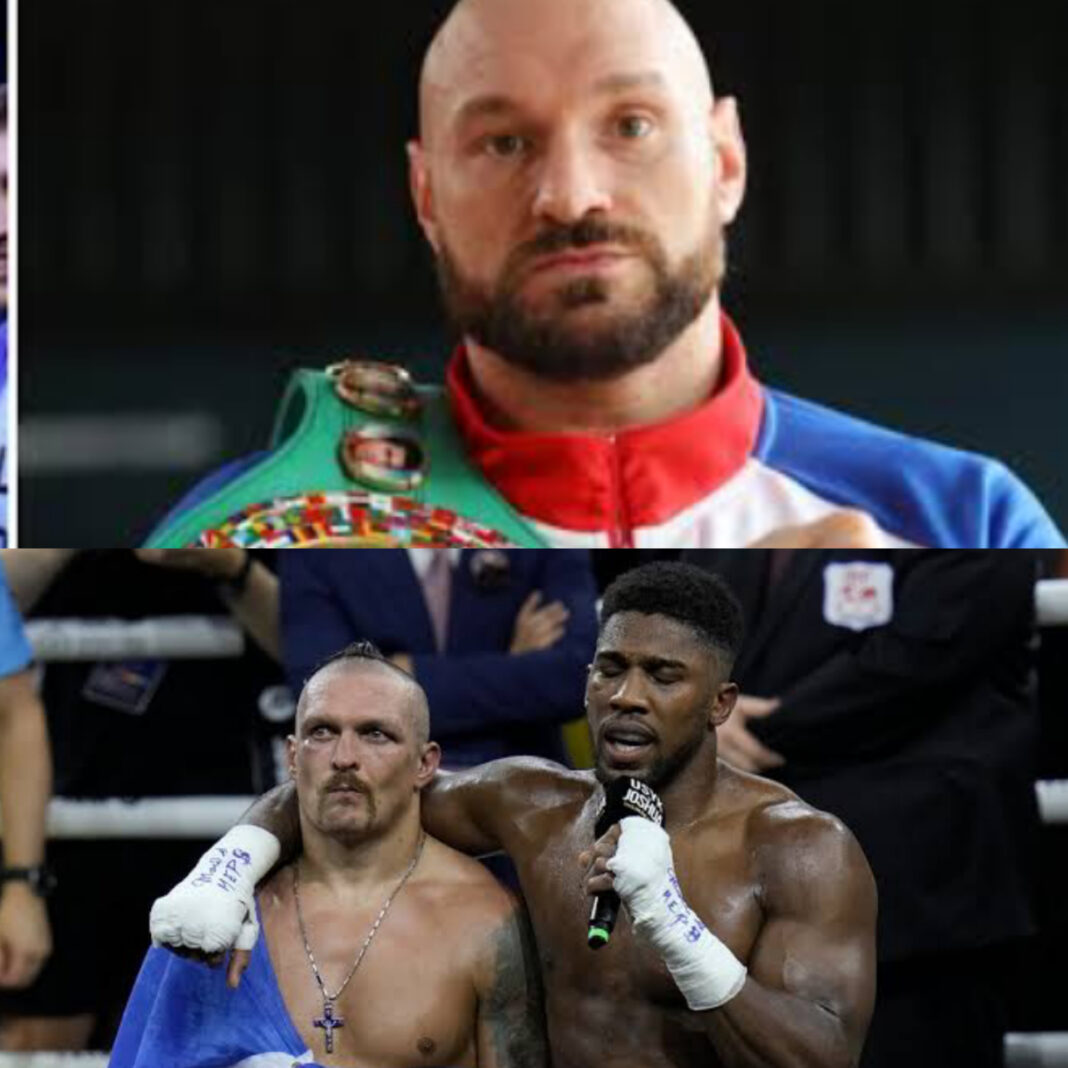 Ukrainian WBO, WBA, and IBF heavyweight champion, Oleksandr Usyk has offered to help Anthony Joshua ahead of his much-anticipated heavyweight showdown with Tyson Fury by joining his camp and training with him.

Usyk beat Joshua via unanimous decision to capture the heavyweight crowns at the Tottenham Hotspur Stadium back in September 2021.

The 35-year-old then convincingly conquered Joshua in August, weathering a ninth-round onslaught to close the show in the 10th, 11th, and 12th rounds. Usyk was expected to fight Fury but has had to rule out any such fight until 2023 due to injury.

Instead, the WBO, WBA and IBF heavyweight champion of the world Usyk (20-0, 13 KOs), is keen to help Joshua in his next fight.

‘If he needs my help, I will go to his camp and help him. He is not 40 years old, he is 33, so he should keep working – Anthony, don’t stop,’ Usyk told Sky Sports via Boxing Scene.

‘I understand that he wanted to win against me, but Anthony can’t give up. He must go forward.’

Usyk was awarded a split decision win despite out landing Joshua 170 to 124 in the rematch in Saudia Arabia.

Joshua was frustrated by the second beating and had a bizarre post-fight ‘meltdown’ in the center of the ring during Usyk’s celebrations.

Usyk, however, described Joshua’s outcry as ‘a mistake’, by saying: ‘It’s wrong to think that he had stolen my moment.

‘He said what he wanted. Thank God the victory was mine. Anthony cannot be judged by what he did – he is a top-level athlete and a good person. He made a mistake.

‘I’m sure he did it with no anger. He was disappointed with his defeat and he was sad.’

Fury revealed yesterday that his written offer to Joshua is a 60/40 purse split deal for a straight shot at his WBC heavyweight world title this year.

Joshua has since publicly accepted the offer and a fight is being planned for November or December.