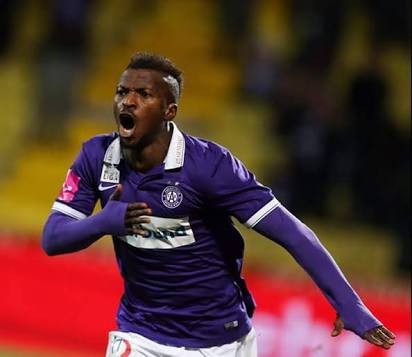 Nigeria’s international Olarewaju Kayode has been voted the best player in the Austrian Bundesliga.

The Austria Wien’s forward has been sensational form this season, finishing as top scorer in the Austrian Bundesliga with 17 goals and recording 24 goals in all competitions.

Kayode’s five goals in the Europa League and two in the Austrian Cup earned him Super Eagles call-up.

Kayode was absent in Austria Wein’s 6-1 triumph over Admira on Sunday subsequent to being suspended for the second successive yellow card he got against Salzburg.

The Generali Arena equip finished second on the Bundesliga table behind RedBull Salzburg with 63 points and will play in the Europa League next season.

Kayode, who missed Super Eagles friendly game against Corsica on Friday due to club responsibilities, is set to don his second cap for Nigeria when the country play the Sparrow Hawks of Togo.