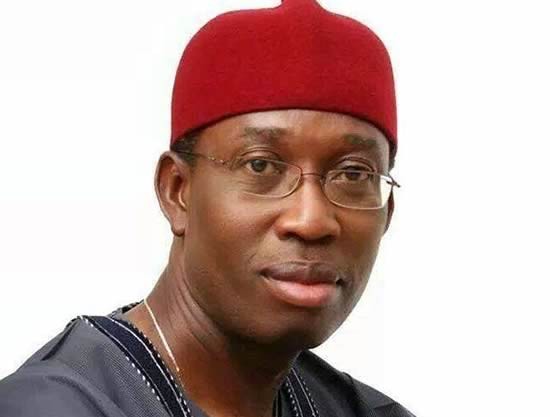 The former Deputy National Chairman of Alimodu Sheriff-led faction of the People Democratic Party (PDP) who recently joined the All Progressives Congress, (APC), Dr. Cairo Ojougboh has accused the Delta state governor, Ifeanyi Okowa of massive corruption and running a government without a formal budget passed by the state House of Assembly as required by law.

Ojougoh said in a petition to President Muhammadu Buhari that the Appropriation Committee of the State House of Assembly has not sited the state budget since the beginning of the year, adding that the Speaker of the House, merely signed the last page of the supposed budget without any form of estimate and submitted same to the governor who affixes figures as he wishes.

While asking the President to order the Economic and Financial Crime Commission (EFCC) to investigate the Delta state government over alleged “blank 2017 budget and appropriation” for the state, challenged members of the state Assembly especially members of the Appropriation committee to show the World copy of the 2017 appropriation which they passed into law.

He alleged that ten members of the Delta State House of Assembly informed him in confidence “of the high level of fraud that is currently ongoing in their legislative House.”

The letter reads: “Mr President, it is with heavy heart distress and grief that I write you this letter, Mr President; I am an Indigene of Agbor, Ika South L.G.A of Delta State, former member of the House of Representatives, former Presidential Liaison Officer to the Senate and SSA to the President, former National Vice Chairman South-South of the PDP and immediate past National Deputy Chairman of the PDP.

“This is to bring to your notice the hydra-headed corruption and malignant impunity that is currently dancing and celebrating in the Delta State House of Assembly.

“Mr President, ten (10) members of the Delta State House of Assembly informed me (in strict confidence; that their names and families be protected) of the high level of fraud that is currently ongoing in their legislative House where they ply their trade as Lawmakers. According to them, they were emboldened when they learnt that I had left the PDP on 16th September 2017 and they felt the urgent need to now confide in me that I have left the PDP.

“The very important issue at hand is that the members confessed to me that up till 3rd day of October they have not seen, sighted or read a copy of the Delta State 2017 budget.

“The Hon. Speaker of Delta State House of Assembly Rt. Hon. Sherrif Oborevwori signed only the last page of the budget and returned same to the Government; the Government then fills in the blank arbitrarily and apportions appropriation at will.

“The Chairman of the Appropriation Committee of the Delta State House of Assembly and the entire members have not sighted the budget break down and estimates as the conventional practice, the actions of the Speaker with the active connivance of the Government amounts to the issuance of a blank 2017 budget and appropriation for Delta State.

“Mr President, I dare any member of the Delta State House of Assembly to produce a copy of the approved budget estimate signed by the Chairman Appropriation Committee, the Clark and the Speaker, let any member display same on any website.

“I told Prof. Sam Oyovbaire that he has a name and integrity to protect, that he should disassociate himself from the mess going on in Delta State.

“I therefore in all humility call on Mr. President who is credited by the International Committee not to own a single house and bank account outside Nigeria, who won the presidential general election against an incumbent President due to your anti-corruption credentials to kindly deploy your good offices to cause a thorough investigation into the fraud currently in Delta State through the Blank Budget and appropriations issued by the Delta State House of Assembly by the anti-graft agencies.

“Mr President, I am 58 years old, a soldier of truth, if I cannot stand to defend my people on matters of this nature and injustice, then I will not be fair to my God and conscience. It is most excruciating and painful that our hard earned State resources are being stolen in broad daylight.

“Mr President, I humbly on behalf of the good people of Delta State plead and solicit of you to passionately cause and direct the relevant Government Agencies to investigate the above allegation against the Delta State House of Assembly.

“I want to assure you, as the 2019 general election draws near, that over two (2) million votes are at stake in Delta State, your reward for addressing the fraud in Delta State shall be total unequivocal support for you and your Government and your Great Party the APC. Mr President, Delta State is dying. Kingly direct the EFCC, DSS, ICPC and Code of Conduct to investigate.”