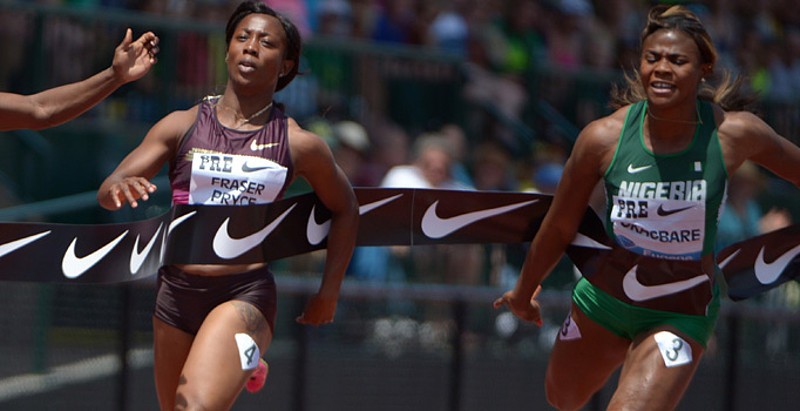 Nigeria’s Blessing Okagbare will battle Olympic and world champion Tanna Bartoletta as she makes her long jump debut this season at the Eugene leg of the International Association of Athletics Federations’ Diamond League on Saturday.

Okagbare was named in the final entry list in Eugene and the Nigerian sprints queen will be making a return to the event, in which she has won a world and Olympic medal, for the first time in 2017. She has competed twice in the 200m this year running 23.15secs to place sixth in her first Diamond League outing in Doha.

The 28-year-old has been making a steady appearance at the Prefontaine Classic over the years but will not compete in any track event this weekend as she works towards meeting the entry standards in her events to qualify for the World Championships in London.

Apart from Bartoletta, who has jumped a distance of 6.79m this season, Okagbare has former Olympic champion Brittney Reese and Great Britain’s duo, Lorriane Ugen and Shara Proctor, to contend with in the event.

Okagbare will also seek to better her fourth-placed performance at the same event last year. She jumped 6.73m last year behind the trio Reese of USA, Spanovic Ivana of Serbia and Loren of Germany. Reese holds the 2017 world lead at 6.98m.