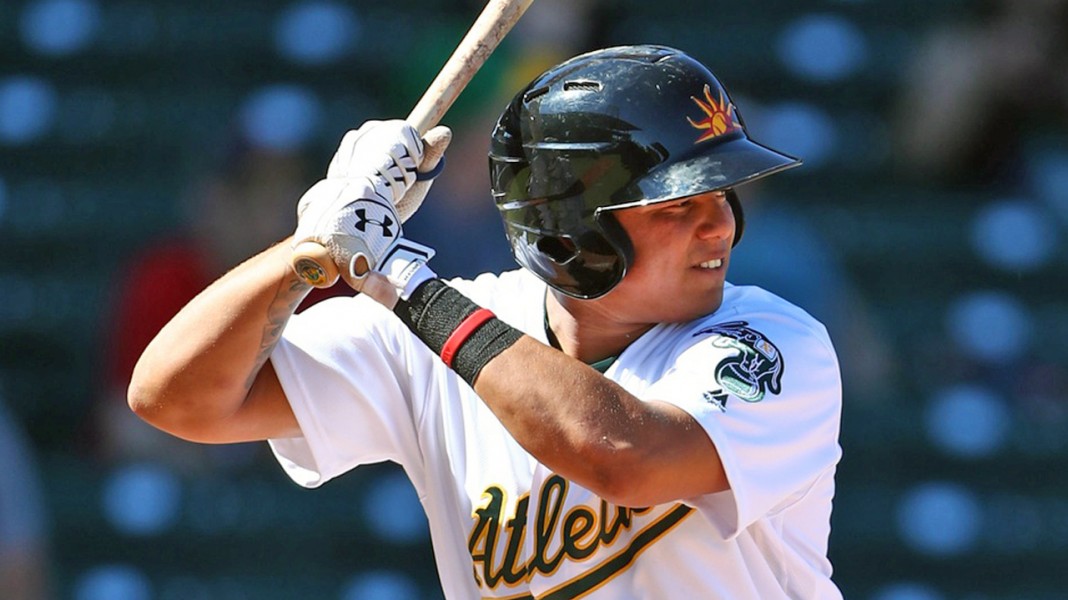 The Single-A Beloit Snappers haven’t come close to a winning record since 2013, but their offense had them off to a 28-26 start this year heading into Sunday. Within the 16-team Midwest League, they rank third in OPS, and fifth in runs per game as well as homers. They’ve been especially hot over the last two weeks, averaging over six runs per game.

One key part of that success has been Edwin Diaz. The infielder was not anywhere on our prospect radar during the offseason, but entering Sunday’s doubleheader he carried a 12-game hitting streak and his 145 wRC+ led the Snappers. The right-hander’s overall profile suggests multiple encouraging strengths:

I’m not sold that he can keep his batting average that high unless he can eliminate some of the swing-and-miss from his game, but either way he’s showing he can get on base and contribute some power. (Video link: Home run) Considering that he’s split his career between SS and 3B (as opposed to, say, LF and 1B), these are the early signs of a new name to really start watching.

And who is Diaz? Perhaps “new name” isn’t entirely accurate, because he’s quietly been in the organization for a while. The A’s drafted him in 2013, in the 15th round out of high school in Puerto Rico. This is his third season in Beloit, and at age 21 he’s finally putting together a breakout performance. Context: If he’d gone to college then this would be his senior year, so age-wise he could just as easily have been part of the 2016 draft class. He’s still one of the youngest players on the Snappers’ roster.

There’s always room for one more sleeper on the radar, and Diaz is well on his way to that status. He appears to bring multiple skills to the table, and he’s shown significant improvement each year while never being too old for his league. Let’s see what June brings!

Extra note: Diaz missed a couple games this week despite his recent red-hot stretch, but Garett Mansfield of Snappers media relations reports it was just an “illness going around the team.” Indeed, Diaz was back in the lineup in Sunday’s opener, though he snapped his hitting streak in his return.

At the beginning of the season, we identified a group of four sluggers who were racking up whiffs even faster than they blasted dingers. Over time, Diaz has set himself apart from the rest, both in terms of having the most success but also in the sense that he’s moved away from that all-or-nothing profile. Here’s a look at the progress of the others.

The other set of noteworthy hitters in Beloit is the table-setters. Last time we took a deeper look at this group, and here’s an update on their progress:

Beloit’s pitching staff lost its highest-profile prospect when RHP Dakota Chalmers was reassigned to Low-A Vermont. I don’t know if this move was pre-planned, with the 20-year-old logging some time in Single-A before the short-season Lake Monsters begin their campaign, or if it’s the result of his shaky performance: 4.34 ERA, 29 ip, 47 Ks, 29 BB. Yowza, a walk per inning.

Either way, Chalmers is still quite early in his development and has plenty of time to continue refining and commanding his powerful stuff. It just won’t continue in Beloit for the time being. Here are the top remaining names:

A full slate, plus a couple makeups!

The Snappers game was suspended after three innings last night, and they needed 10 more frames to wrap up the victory in the 13th. Now they get to play another! Also, to update the intro paragraph of this article, they are now 29-26 for the season.

In Nasvhille, Blackburn threw seven scoreless innings, allowing only two hits and a walk on 83 pitches. In Midland, Grant Holmes struck out nine batters in six frames, and Tyler Marincov homered in both games.