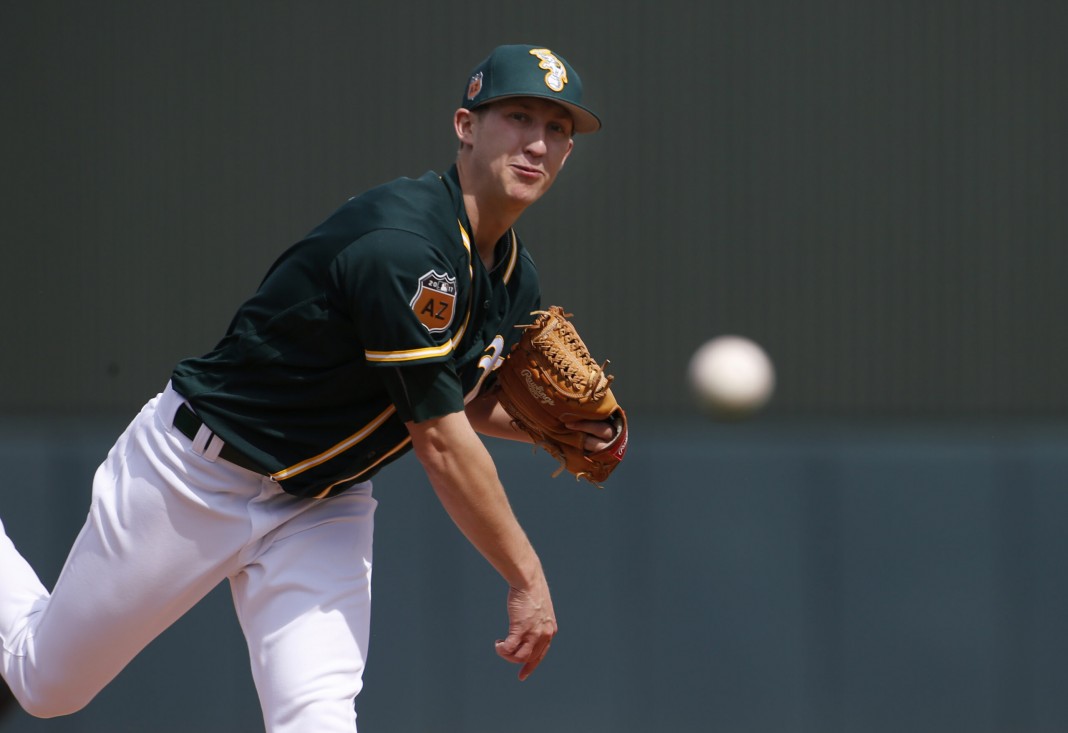 The Oakland A’s activated pitcher Kendall Graveman from the disabled list, the team announced Thursday. The right-hander had been out since May 29 due to a shoulder strain. To make room on the roster and in the rotation, Daniel Gossett was optioned back to Triple-A Nashville.

Graveman has only made eight starts this season because of his shoulder. He did a minimum 10-day DL stint in April, but then went down again at the end of May and wound up missing two months. On the bright side, he’s been good when he’s been able to take the mound, eating innings and keeping his team in the game. He’ll start against the Giants on Thursday.

Meanwhile, Gossett was coming off the best outing of his rookie year on Wednesday, in which he fired seven innings and allowed just one run on three hits. However, that game came in an NL park against a weak Giants lineup, and overall he’s been hit hard in his first MLB trial. He’s made 10 starts, of which five registered as quality efforts.

The demotion of Gossett suggests that Chris Smith can remain in the rotation for now. The 36-year-old has turned in three quality starts in four tries. The whole group, with only Andrew Triggs remaining on the disabled list: