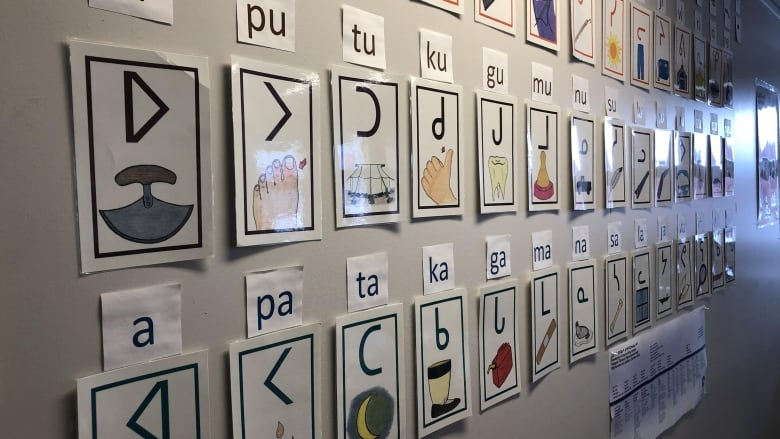 The organization that represents Inuit in Nunavut is suing the government of Nunavut over the right for students to be educated in Inuktut.

In a statement of claim filed Wednesday in Iqaluit, Nunavut Tunngavik Inc. (NTI) claims the Nunavut government is discriminating against Inuit by not offering education in Inuktut to the same degree as English and French — despite Inuktitut being the territory’s dominant language.

“So the message to us as Inuktut-speaking Inuit in Nunavut when we’re the public majority is our language doesn’t mean anything, it’s not important, and certainly it’s not as important as English or French,” NTI president Aluki Kotierk told CBC News on courthouse steps.

“We’re tried very hard to work with the government to express how it has an impact on who we are and how crucial it is. But consistently, the message has been that the Inuit language is not as important as other languages.”

NTI, which represents Inuit who were party to the Nunavut Agreement, is asking the Nunavut Court of Justice to step in and force the territorial government to offer a full slate of subjects and classes in Inuktut, across all grade levels, and to do it within five years of the end of the litigation.

The lawsuit comes on the heels of the passing of Bill 25 in Nunavut’s Legislature last year, which NTI argues “further diminished Inuit language education in Nunavut schools.”

Right now, education in Inuktut is mostly only available up to Grade 4, with subject matter taught primarily in English and French after then.

Language lesson: Inuktitut is the dialect of the Inuit language spoken by the vast majority of Inuit across Nunavut. Inuktut is a term encompassing all dialects, including Inuinnaqtun, which is predominantly spoken in the Kitikmeot in Western Nunavut. NTI’s lawsuit refers to Inuktut education.

The Government of Nunavut passed legislation in 2008 to require Inuktut education for all grades by 2019-2020, but never achieved its legally-binding commitment.

Instead, NTI alleges, the government passed Bill 25 in 2020, which changed the law to only require the government to offer an Inuit language course, rather than full grade material in Inuktut. It also pushed the implementation of the course to as early as 2026 for Grade 4, and as late as 2039 for Grade 12.

And while the territorial government has argued publicly it’s developing curriculum to have Inuktut courses offered across different subjects, NTI’s lawsuit alleges the passing of Bill 25 “harms Inuit students by causing [their] loss of the Inuit language and culture, and undermining [their] ability to achieve their educational potential.”

‘This claim is all about discrimination’

Both are Inuit with children in Nunavut’s education system, who want their kids to be able to have access to education in Inuktut. Clarke is also an NTI employee.

“This claim is all about discrimination,” said Kotierk in a news conference Wednesday. “The discrimination based on race and ethnicity and the fact that we are Inuit.”

The lawsuit raises a constitutional challenge under the Charter of Rights and Freedoms, arguing Nunavut’s education system is discriminating against Inuit by not providing education in Inuktut, despite it being the dominant language in Nunavut.

“The expectation here in Nunavut is when we’re the public majority, who speak Inuktut, we expect that the public education system would be available in Inuktut language of instruction in all grade levels in all subject areas,” Kotierk said.

“To date, that is not what is occurring.”

The government of Nunavut has not yet filed a statement of defence. Nunavut’s department of education did not respond to a request for comment.