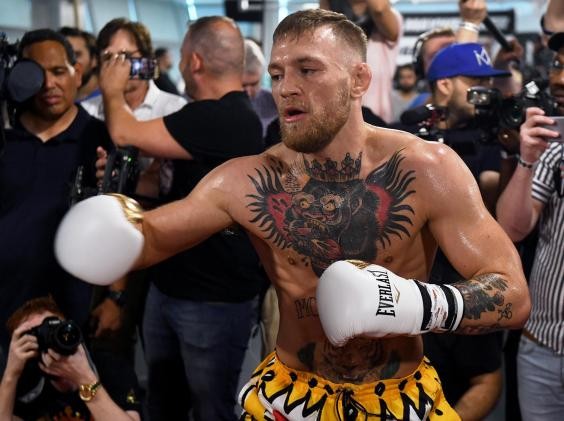 The junior middleweight fight was unique, of course, in that it paired Mayweather (50-0, 27 KOs) with a UFC lightweight champion, in McGregor (21-3), who had never boxed professionally.

The NSAC’s decision to not only sanction the bout but also approve a last-minute request from both fighters for smaller 8-ounce gloves drew some criticism from media outlets and within the industry.

Mayweather, 40, won the fight via TKO in the 10th round, but McGregor has received high praise for his performance. According to CompuBox, McGregor landed 111 punches to Mayweather’s 170.

On Sunday, NSAC chairman Anthony Marnell praised the work of the commission in a statement to ESPN.

“Now that it’s all said and done, the NSAC got it right at every turn,” Marnell said. “From the approval of the event all the way to the stoppage.

“It’s a lesson for much of the media, all the naysayers and comments from other commissions that they would have never let this fight happen. Nevada, Las Vegas, MGM and the NSAC are the best in the world at facilitating all events, especially one that was such an anomaly like this one. We knew this would be a good event that could be kept safe.”

The Association of Ringside Physicians was one key detractor of the fight taking place. The ARP released a statement in opposition to the smaller gloves and was quoted on the front page of the New York Times during fight week as being against the bout entirely.

Official NSAC scores did have it rather lopsided for Mayweather at the time of the stoppage, with the Las Vegas native ahead via scores of 87-83, 89-82 and 89-81.

McGregor, 29, said he did not agree with the stoppage, which came at the 1:05 mark of the 10th. The Irish star never suffered a knockdown, but referee Robert Byrd waved it off as he was taking damage along the ropes.

According to Marnell, the bout was stopped at a time that is right in line with the commission’s expectations. He said he was happy with Byrd’s overall presence in the fight. McGregor was warned multiple times for holding and targeting the back of Mayweather’s head, but he was never docked a point.

“I’m very proud of our crew and very proud of Robert,” Marnell said. “He wanted to let them fight and worked with Conor’s lack of boxing experience to try and make that happen.

“In a fight like this, everybody is figuring everybody out for the first few rounds, including the referee.”

Mayweather has repeatedly stated that Saturday marked the final fight of his boxing career.